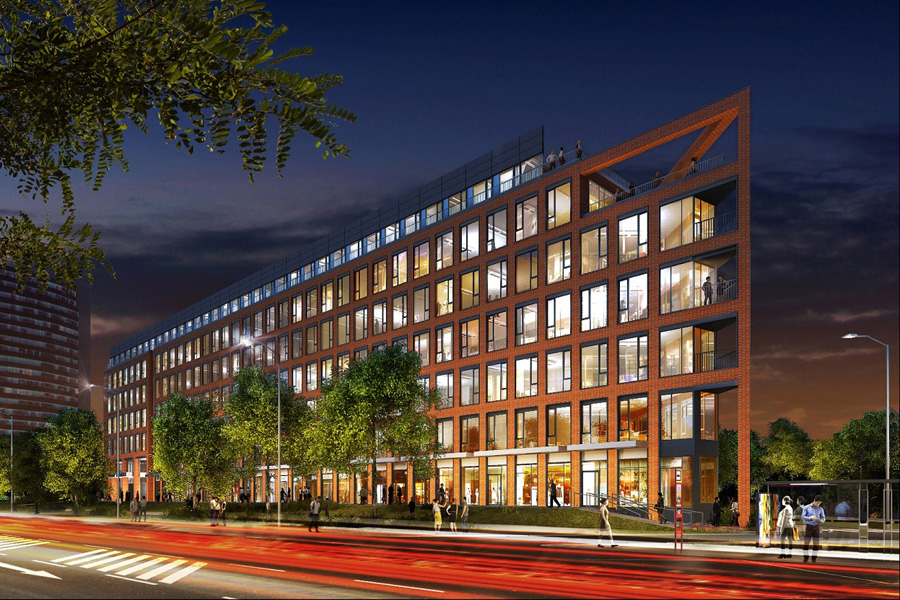 The largest bank in Slovakia has signed a loan agreement to finance construction of the administrative building Twin City A in Bratislava. Slovenská sporiteľňa will provide a loan totalling €27 million to the developer HB Reavis. Already in autumn 2015, the first building of the Twin City project will offer almost 16,000 sqm of top-class office spaces. The loan consists of a construction loan covering the construction costs up to 75 percent and it will be increased after final approval of the building. The maturity of the loan is six years and Slovenská sporiteľňa is the only bank financing the Twin City A building. Total investment costs of the project will amount to €31.5 million.

“Slovenská sporiteľňa has been our long-term financial partner as we successfully cooperated in financing of many of our important projects in Slovakia. Our continued cooperation in financing of the currently most significant Slovak project Twin City confirms its quality and potential as well as the prestige of the entire HB Reavis Group,” said Marián Herman, member of the Management Board and CFO of HB Reavis Group.

“Partnership and mutual trust between Slovenská sporiteľňa and HB Reavis has existed for years. In these challenging times, there are very few developers able to acquire top renters, to react flexibly to their constantly increasing demands and to keep the word given to their partners,” added Vladimír Krno, head of Real Estate and Project Finance of Slovenská sporiteľňa.

Buildings of the Twin City complex aspire to obtain a prestigious British sustainability certificate BREEAM Excellent, which is rare in Slovakia. It means that the buildings have to meet strict requirements for waste treatment, energy and water saving or luminance in offices. Plenty of indoor and outdoor greenery and general employee comfort is a must. Fulfilment of the demanding conditions of the norm also represents an objective and internationally acknowledged confirmation of the state-of-the-art quality of the project.

The development of the Twin City project is divided into 12 stages which will be built piecemeal by HB Reavis. The final outcome of the project should be a modern business district in work-life balance style, i.e. with green areas and benches for relaxing during breaks, with underground bicycle stands, changing rooms and showers for employees.