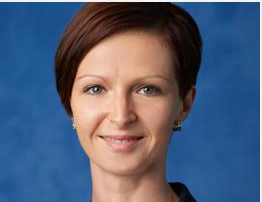 JLL presents the 2016 quality hotels market results in Sochi, Russia coastal and mountain clusters in upper segments. “Quality Sochi hotels in both clusters have had a tremendous year once again – RevPAR gains of 61 percent in the mountain cluster and 39 percent by the sea YoY tell the story very well. However, the underlying reasons of this success are different for each cluster: while in the mountains the revenues grew mainly due to rising occupancy, by the sea it can be attributed to growing rates,” commented Tatiana Veller, Head of JLL Hotels & Hospitality Group, Russia & CIS.

In 2015 there was a lot of support from the government to popularize the resort amongst the country’s travelling public. One just needs to look at the busy 2015 Event Calendar for Krasnodar Region, which resulted in peak levels of hotels operating performances in the months of events. This year the effect of familiarity started kicking in, it seems. Occupancies grew yet more; mountain hotels enjoyed a further 16ppt YoY growth (cumulatively, 28ppt over the Olympic 2014), and properties by the sea had 6ppt more occupied rooms then in 2015. Absolute numbers reached 53 percent and 48 percent, respectively.

There has also been movement in the room stock in Sochi in 2016 – two hotels in Krasnaya Polyana were rebranded to Azimut – Freestyle and Valset Apartments in Roza Khutor (totaling 568 rooms). There is also a first after 2014 international opening planned for 2017 in the market – a 345-room Courtyard by Marriott should start welcoming guests in Sochi’s downtown.

“Today it is clear that the phenomenon of Sochi as a destination that peaks interest of Russians because of the infrastructure of the Olympic legacy, the weak rouble and the increased cost of travelling abroad, is not going to be short-term,” Tatiana Veller noted. “The 2016 results of Sochi hotel market confirm that this all-season resort in the South of Russia firmly grabbed a position as one of the main touristic destinations of the country. Naturally, one may argue that reopening of the budget beach destinations such as Turkey could possibly have negative effect on hotel operational indices’ dynamics of this domestic resort. The logical answer for Sochi will be to start introducing all-inclusive concepts to stay competitive and satisfy the domestic travellers’ demand for this type of product.”