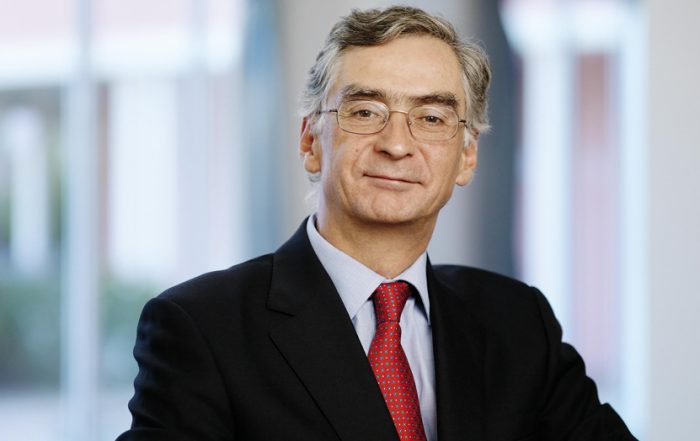 Sonae Sierra recorded a Net Profit of EUR 64.2 million in the first half of 2017, a 9 percent increase compared to the EUR 59.0 million recorded in the same period last year. Higher EBIT, better Financial Result and higher Value Created in Investment Properties contributed to the positive result.

Total EBIT stood at EUR 50.0 million, a 6 percent increase over the previous year.

The Direct Result rose to EUR 30.2 million, an improvement of 13 percent compared to the first half of 2016. This reflects higher EBIT across the portfolio in Europe and Brazil and better Financial Results.

The Indirect Result rose to EUR 34 million, from EUR 32.2 million in the previous year’s first half, due to the positive impact of yield compression in Europe, leading to higher Value Created in Investment Properties.

In operational terms, tenant sales in the European portfolio grew by 6.9 percent, compared to the same period of 2016, with a significant growth in Romania, due to the opening of ParkLake in Bucharest, and an increase of 7.1 percent in Portugal and 5.2 percent in Spain, reflecting the continuing economic recovery. Tenant sales in Brazil climbed steeply, rising 7.3 percent in Brazilian Real.

The global occupancy rate of the portfolio shifted down slightly to 95.8 percent, a fall of 0.3 p.p. compared to the same period of 2016, due to small variations across the global portfolio. However, occupancy climbed to 95.5 percent in Romania, compared to 88.6 percent a year before, as a result of the opening of ParkLake.

In Europe, occupancy rates were largely stable at 96.9 percent, compared to 97.1 percent, while in Brazil they fell from 93 percent to 92.3 percent. Total rents grew 8.9 percent compared to the same period in 2016, rising 9.7 percent in Europe and 6 percent in Brazil (in Brazilian Real), well above the average inflation rate of the period in both markets.

According to Fernando Guedes Oliveira, Sonae Sierra’s CEO, “the growth in results in the first six months of 2017 confirms the success of our strategy and reflects our dynamic management approach. The Company continued its capital recycling strategy, making acquisitions through Iberia Coop, its Socimi ORES with Bankinter, and via a new joint venture established with AXA IM. Once again, our professional service provision businesses continued the growth path experienced in past periods.”

While on the one hand Iberia Coop (in which Sonae Sierra holds a participation of 10 percent) acquired 100 percent stake in Albufeira Retail Park, on the other hand ORES (the SOCIMI with Bankinter in which Sonae Sierra is the operating partner and owner of a 3.75 percent interest) acquired five assets: two in Portugal (Portimão Retail Center and Media Market Braga) and three in Spain (Forum Leioa, Forum Galar and Mercadona Oviedo).

The Company also completed the purchase of Área Sur Shopping Centre in Spain, an 85/15 percent joint venture between AXA Investment Managers – Real Assets and Sonae Sierra, which is managed by Sonae Sierra. Área Sur, located in Jerez, has a total leasable area of 47,000 sqm and receives close to 7 million visitors a year. The centre serves a catchment area of around 450,000 people and is one of the largest shopping centres in Andalucia.

In the first six months of the year, Sonae Sierra considerably strengthened its service provision activity with a total of 89 new contracts signed. The first semester saw 84 contracts signed for development services in the amount of EUR 7.5 million, and four new property management contracts worth EUR 1.1 million, representing a further positive contribution to Sierra Direct Results.

Construction works already started on the McArthur Glen Designer Outlet Malaga (Spain). This 50/50 percent joint venture between McArthur Glen and Sonae Sierra represents a EUR 115 million investment, creating 30,000 sqm of new retail space. It will offer consumers a strong mix of over 100 brands at its opening in 2018.

Sonae Sierra calculates its NAV according to the guidelines published in 2007 by the INREV (European Association for Investors in Non-Listed Real Estate Vehicles). Based on this methodology, as of June 30, 2017, Sonae Sierra’s NAV stood at EUR 1.4 billion.

This value represents a 1.8 percent decrease compared to the value in December 2016, mainly due to the dividend payment of EUR 74.8 million, and the adverse impact of the Brazilian Real depreciation, partially compensated by the Net Result. Excluding the FX effect the NAV would have increased by 0.2 percent.

Sonae Sierra maintained its conservative and balanced long-term debt and hedge strategy. The Company’s capital is supported by an average debt maturity of 3.8 years, 42 percent of which with hedged interest rates.

The financial ratios show a prudent and solid approach and the financial strength of the Company’s balance sheet.