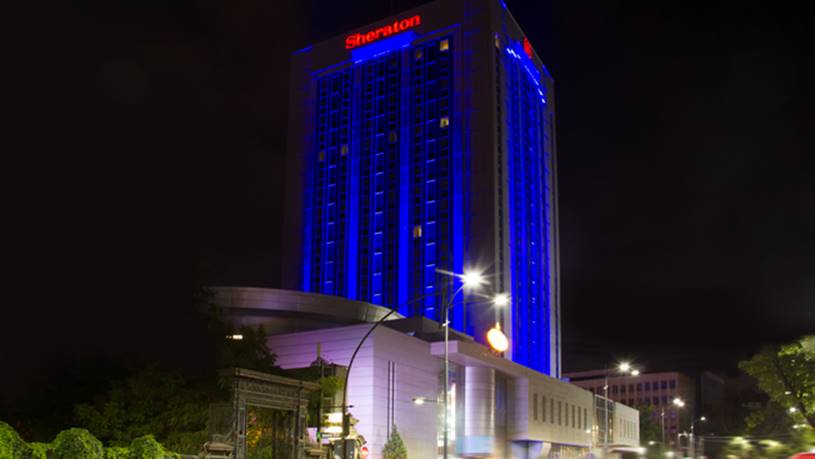 American hotel group Starwood Hotels & Resorts has opened its first Sheraton hotel in Bucharest, thus making its official entry in Romania. The new opening expands the brand’s European portfolio to more than 60 hotels, according to a company statement.

“As a market debut for Starwood and Sheraton, Romania symbolizes an important expansion opportunity while also putting Sheraton one step closer to its goal of opening more than 150 new hotels over the next five years,” said Dave Marr, Global Brand Leader, Sheraton Hotels & Resorts.

Starwood took over the hotel’s management last year, after Romanian firm Grand Plaza Hotel, which owns the building, finished its management contract with Howard Johnson, which had operated the hotel for 11 years. Some €6 million have been invested in the hotel to bring it up to Sheraton five-star standards.

The new Sheraton Bucharest Hotel, located near Romana Square, has 270 guest rooms, including 27 Executive Suites and a Presidential Suite. It also features a fitness centre with two massage rooms and spa treatment facilities, as well as a lounge club located at the 18th floor. The hotel’s offer also includes 10 conference rooms, two ballrooms, and a boardroom. Each conference room can host up to 400 people. The spaces are equipped with state-of-the-art audio-visual technology.

In addition to Sheraton Bucharest, the company plans other opening this year, including Sheraton Lake Como Hotel, the brand’s eighth in Italy, Sheraton Ufa in Russia, and Sheraton Samsun in Turkey.

Starwood Hotels & Resorts runs over 440 hotels under the Sheraton brand, in more than 75 countries.