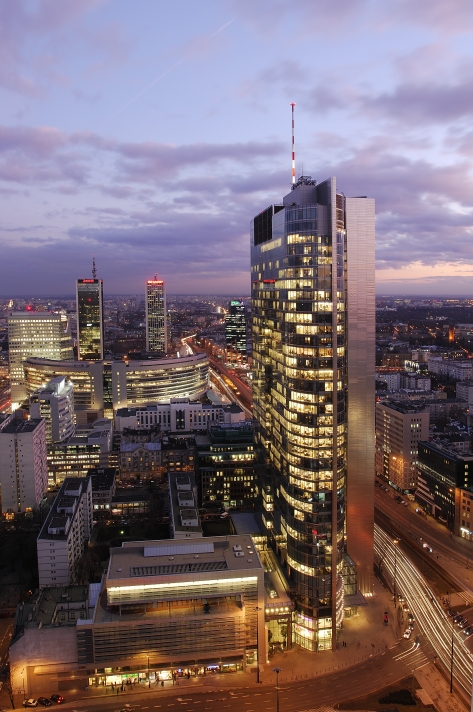 Strong start to the year for the Polish investment market – EuropaProperty

The total volume of investment transactions concluded in the Polish commercial real estate market in Q1 2014 amounted to €939 million, which is a 47 percent increase on the same quarter last year. The largest transaction – the sale of Rondo I – was registered in the office sector.

According to JLL, the total volume of investment transactions concluded in the Polish commercial real estate market in Q1 came in at €939 million. In the quarter, investors were most active in the office sector, where transactions totalling €552 million were completed. Transactions in the retail segment amounted to €296 million, and in the industrial sector to over €91 million.

The largest transaction in Q1 in all segments of commercial real estate was BlackRock’s sale of Warsaw’s premier office building – Rondo I – to Deutsche Asset & Wealth Management for ca. €300 million. The sale of Lipowy Office Park in Warsaw for €108 million was another key transaction in Q1 – the complex was sold by CA IMMO and bought by WP Carey).

The retail sector was dominated by the sale of Poznań City Center by Trigranit, Europa Capital and PKP (Polish Railways) to the consortium of Resolution Fund and ECE Fund for an undisclosed amount. Moreover, in Q1 Futureal bought 50 percent of the shares in the Gorzów Wielkopolski shopping gallery Nova Park from Caelum Development, while First Property bought Galeria Ostrowiec from USS.

Agata Sekuła, Head of Retail Investment, CEE, JLL, commented: “The Polish investment market is keeping up the dynamic pace of growth, and commercial real estate continues to be attractive for investors. It is worth noting that the transaction volume of €939 million registered in Q1 of 2014 increased by 47 percent on last years’ first quarter results of €638 million. Furthermore, general forecasts for the coming months are very positive. Taking into account the ongoing negotiations, investors’ activity, and the assets for sale, we expect 2014’ total investment volume to be on par with or even higher than 2013.”