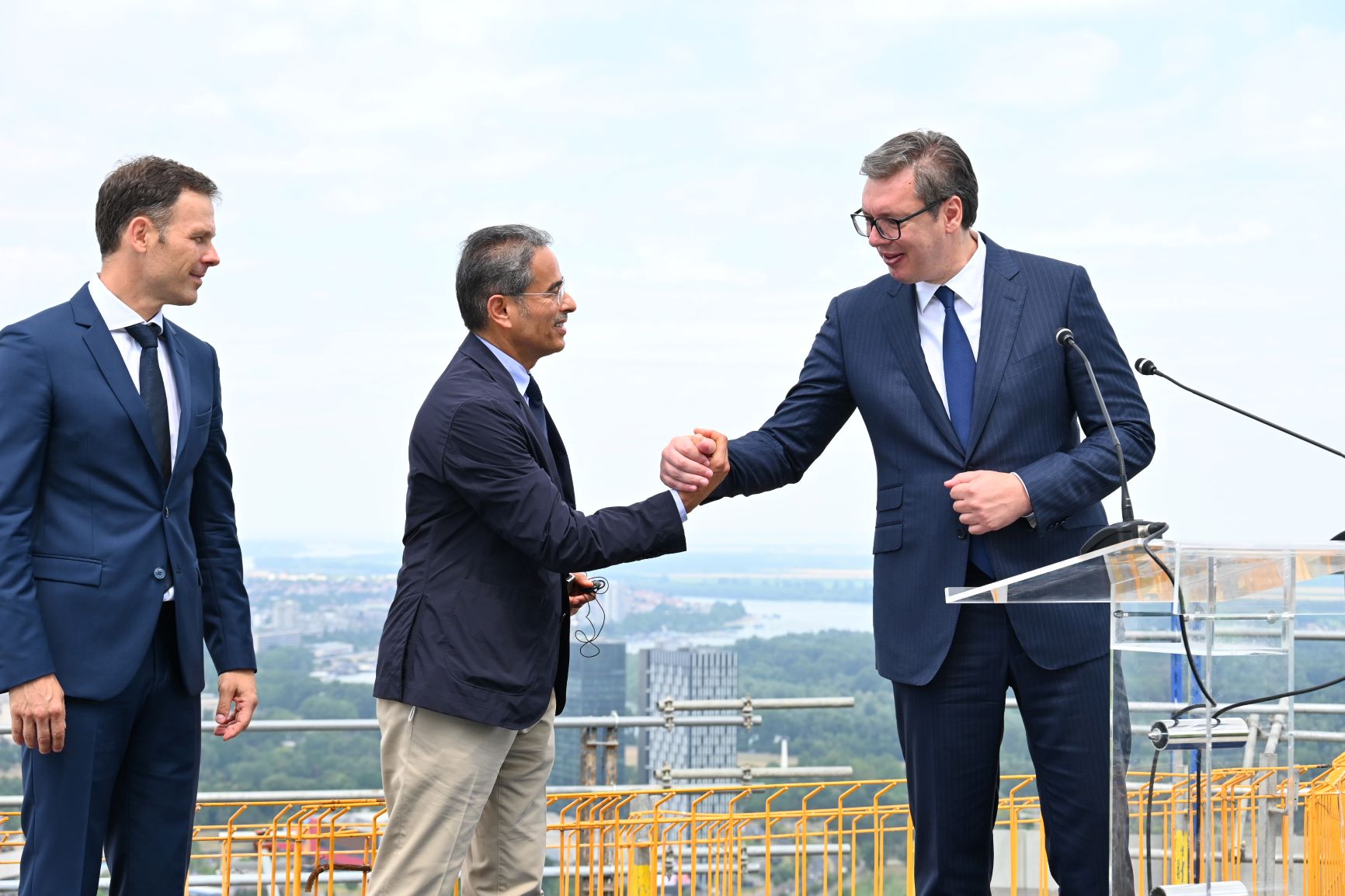 The completion of structural works on Kula Belgrade, the future symbol of the Serbian capital, was celebrated in the presence of the Serbian President Aleksandar Vučić and the Chairman of Eagle Hills Mohamed Alabbar.

Kula Belgrade, with 168 metres, 42 levels and a total area of about 50,000 sqm dominates the Sava riverfront and is herald4ed as the tallest building in Serbia and the region. Unique in many ways, with its attractive design, it already attracts the attention of both the domestic and international public. According to the developer, 90-degree-rotation of the building symbolically represents what makes the capital recognizable – the confluence of the Sava and the Danube. Thanks to the fantastic architectural solutions and the glass facade that will reflect the rivers and the city panorama, the building gives the appearance of fluidity and, although it stands out for its size, it fits harmoniously into this part of the city.

What also sets this grandiose endeavour apart is the fact that Kula Belgrade will become the home of the prestigious St. Regis Belgrade, which will extend from the ground floor to the 11th floor. St. Regis hotels are at the top of the portfolio of Marriott International, the largest hotel group in the world. From the 14th to the 39th floor, there will be a branded St. Regis residences, which will raise the housing standards to a completely new level, not only in Belgrade but in the entire region as well.

The main attraction of Kula is a 360-degree observation deck, situated on the 41st floor, offering a fascinating view of Belgrade landmarks, its rivers and sunsets, so visitors can experience the capital from a completely new perspective. On the third level, Kula will be connected to Galerija by a pedestrian footbridge, from where fast lifts will take visitors directly to the observation deck with the breathtaking view.

Located on the very edge between the old city core and New Belgrade, Kula Belgrade connects the two faces of the capital, celebrating tradition and modernity.

“Through Kula design, we wanted to convey the message of this city’s ability to rebuild itself over and over again, of its progressive and strong spirit” these are the words of Brian Lee, chief architect of SOM, the company which designed Kula.