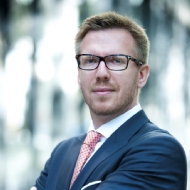 Savills has analysed the student housing market in Poland. The new real estate investment asset is emerging. Due to yield compression of mainstream assets investors are looking for new opportunities, one of them being student housing.

Kamil Kowa, Head of Valuation & Consultancy at Savills, commented: “With interest rates lower than ever and record low yield compression on many asset classes investors are searching for new higher-yielding investment opportunities.”

Student housing market in Poland is dominated by publicly owned schemes of rather low grade. The private market is characterised by small scale investment and individual investors who are focused on local markets and usually refurbished one or two old tenements with rather limited interest in further development.

However, the market is changing. There are several new players who are interested in developing and investing in student housing. With Griffin Real Estate and TBV being the most active and others: Golub GetHouse, Triton Academicus, Budner and Square Investment following their footsteps. Even public part of the market is being reshaped. Lately universities more often decide to refurbish old, low grade dormitories into modern purpose-built student housing. With the great example of Jegiellonian University in Krakow and BYPolska who refurbished two dormitories in the form of public-private partnership agreement. Cardinal Stefan Wyszynski University in Warsaw also plan to build dormitories in the form of public-private partnership.

Wioleta Wojtczak, Head of Research at Savills, added: “The market is becoming more attractive with new players looking to invest.”

Demand for private student housing in Poland arise largely from international student. With their numbers skyrocketing in last years (24 percent growth in 2015 compering to 2014) demand is expected to growth even further attracting more developers and investors to the market.

There is massive undersupply in the student housing market in Poland as existing dormitories can accommodate only 9 percent of student population while more advanced markets can accommodate significantly more than 10 percent with UK leading with 24 percent.

Tomasz Buras, Managing Director, Head of Poland, concluded: “Private student housing market in Poland is very fragmented and in its very early stage of development. However, it can be perceived as an opportunity and investments in this market can be very profitable for the early comers.”