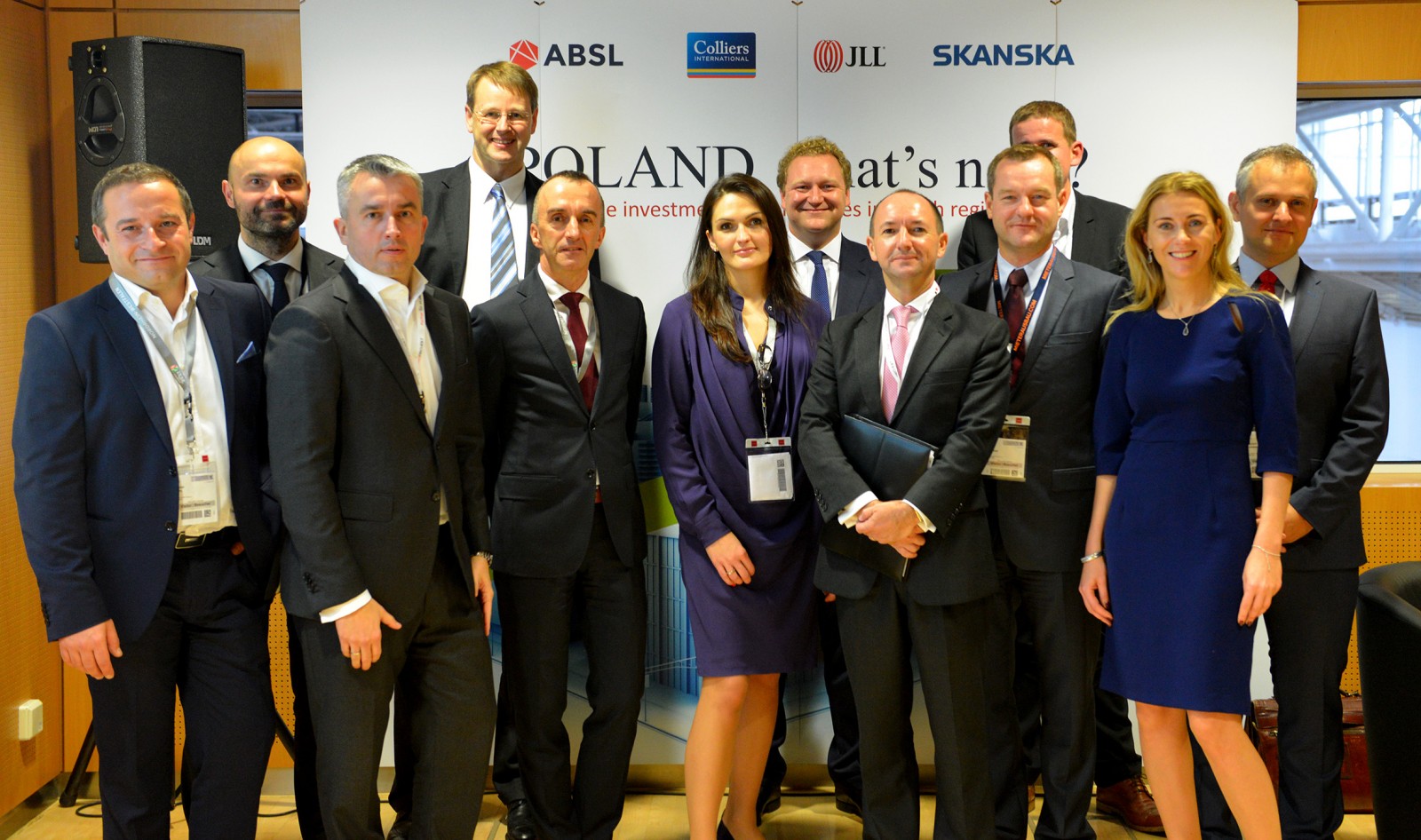 In recent years, investors looking for projects for their portfolios have become interested in office space in Poland. Prime office buildings in regional cities are an appealing option. They offer stable lease agreements and attractive yields. The business service sector drives the commercial real estate development in regional markets outside Warsaw. Poland is a major business service industry hub in Europe. Soon, the country could become the world leader in outsourcing of advanced processes. That will guarantee a long-term stable growth of this sector as well as a continued demand for modern office space in cities such as Krakow, Wroclaw and Katowice.

These are major conclusions reached during a debate at the Expo Real International Trade Fair for Property and Investment in Munich. The discussion participants included: the representatives of the leading European investment funds, ABSL (Association of Business Service Leaders – the most prominent organization integrating BPO/SSC/ITO/R&D companies operating in CEE, represented at the event by HP GBS, Capgemini Poland, Infosys BPO Poland, Accenture Services, UBS AG) as well as Colliers International, JLL and Skanska. The panel participants discussed the influence of the outsourcing industry on office space demand and the investment market in Poland. It was the first European debate on such a scale on these issues with so many experts offering various perspectives on the subject.

In H1 2014, the volume of investment transactions on the Polish office market, excluding Warsaw, reached €220 million, according to JLL. Business service centres leased the most attractive buildings in the largest Polish cities outside Warsaw, what can be clearly seen on the example of Skanska’s projects. In the past few years, Skanska has leased 70 percent of the office space it has developed in Poland to outsourcing centres. Office buildings leased by companies from the outsourcing industry have become a good investment option, due to the industry’s steady growth in the country.

Of the 10 cities in Central and Eastern Europe with the highest share of office space leased by the outsourcing industry, 9 are in Poland, according to data published by Colliers International in a June 2014 report. According to ABSL, in the last two years, Poland has become a European leader. It is one of the 3 most attractive global destinations for business services offshoring. In Poland, this industry now employs almost 130,000 people. If the current employment growth rate continues – 20,000 to 30,000 positions per year – that figure will likely reach 160,000 people employed by the industry by the end of 2015.

“According to a 2014 report by Gartner, Poland is the number one destination for new service centres in the entire Europe Middle East and Africa (EMEA) region,” said Jacek Levernes, President of ABSL. “The country is also the most mature European location for foreign direct investment, according to Everest Group. What is most important is that this is a long-term trend. Increasingly often, service centres sign contracts for several years – even up to 10 – and negotiate new engagements. 9 out of 10 investors declare they are planning to increase employment,” he added.

Of all the outsourcing jobs in the world, 3.4 percent of them are located in Poland. The country is the leader in Central and Eastern Europe, number two in Europe, and ranks 6th globally. Three Polish cities made it to a list of 100 best outsourcing sector locations in the world, according to the newest ranking by Tholons, a consulting firm. The southern Polish city of Krakow ranked 9th out of 100, which is the best result among all European cities. Warsaw ranked 32nd. Wroclaw ranked 65th, jumping 10 places since the previous edition of the ranking.

Krakow, Wroclaw, Tri-City (Gdynia-Gdansk-Sopot), as well as Katowice, Poznan and Lodz, are fast-growing office markets in Poland. That growth is driven by the outsourcing industry. These are also the cities targeted by institutional investors, mainly from Germany and the United States.

“Transactions concluded recently in Polish regional cities, especially two largest ones: HP GBC in Wroclaw (16,400 sqm) and Infosys BPO in Lodz (over 21,000 sqm) prove that companies from the modern business services sector see the potential there and their long-term growth within that potential. In practice, this means the Polish regional cities’ office market is stabilizing, which in turn makes it more attractive for investment funds,” said Monika Rajska-Wolinska, Managing Partner of Colliers International in Poland.

Investors prefer Krakow and Wroclaw the most out of all Polish cities excluding Warsaw. These two cities have secure spots on the list of attractive locations for foreign and Polish investment funds. Skanska sold its Green Day office building in Wroclaw to German Investec GLL Global Special Opportunities Real Estate Fund, managed by Investec Bank PLC and GLL Real Estate Partners GmbH. At the time of deal signing, the entire office space was leased by Credit Suisse Center of Excellence, the offshoring business of the Swiss bank.

“In the last few months, Krakow has stood out as an investment star. Investment volume in the city might hit a record-breaking 375 million euro by the end of 2014. This result will be on a par with or even higher than the total volume of all office sales/acquisitions outside Warsaw in the previous five years. These results have been generated by a number of factors, key among which is the strong demand from foreign investors from the business services sector. The sector’s share in the occupied office stock in Krakow now stands at 55 percent. Investors are also attracted by the city’s market maturity, availability of attractive products, and the lowest vacancy rate among Poland’s major cities,” explained Tomasz Trzósło, Managing Director, JLL Poland.

There are four criteria investors need to satisfy when they make an acquisition: 1) the building needs to be located on a market with a growing demand for office space from companies/tenants; 2) the property needs to be excellent in terms of building quality and that excellence needs to be confirmed by certificates; 3) the building’s design needs to incorporate the newest ideas in construction and architecture; 4) last, but not least, the investor needs to team up with a developer-partner who will guarantee a given project’s success.

“When partnering with Skanska, an investor knows they will receive a product whose attractiveness has been confirmed, located in an up-and-coming market, with space already leased to long-term tenants, and with environmental certificates guaranteeing quality,” said Adrian Karczewicz, Transaction Director at Skanska Commercial Development Europe. “We want our partners to be happy with the deals they do with us even many years down the road. We want them to come back to us, asking about the next project. Before you ask the question of how to enter the Central and Eastern Europe market, find a good partner,” he concluded.