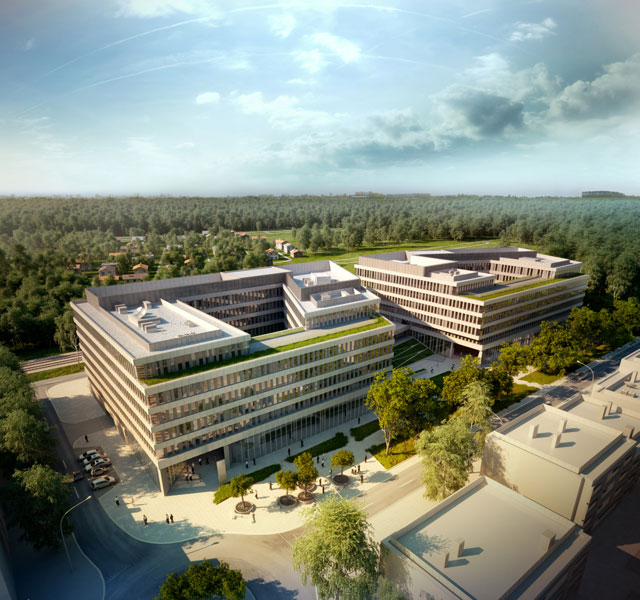 According to CBRE’s research report “Warsaw Office MarketView Q12014”, the upcoming years might bring some new challenges to the office market in Warsaw.

In the next three years a relatively large amount of new office space is scheduled for delivery in the City Centre of Warsaw, to a large extent along the constructed metro line. Throughout 2014-2016 as much as 350,000 sqm is expected for completion in central locations, mostly to the west of CBD. Once this space is completed, the amount of office stock in the City Centre will increase by over 25 percent.

During 2014 and 2015 a number of refurbished office schemes is scheduled for delivery, including Ethos, Spektrum Tower and Moniuszki 1a. All of the mentioned buildings were quite recently vacated by major occupiers and are currently being renovated in order to meet higher technical standards. The interest of tenants shown towards these schemes might prove if they can successfully compete with the brand new projects.

Konrad Heidinger, Consultant at CBRE’s Research Department, said: “The increased new supply is forecasted to create an upward pressure on the vacancy level and a downward pressure on the level of rents with an increasing number of offered incentives lowering the effective rates even by 25 percent below the level of headline rents. This trend should continue at least until the end of 2015.”

Rents for prime office space in Warsaw are at around €25 – 26 sqm/month in Central Business District while in non-central Warsaw stand at €14 – 15 sqm/month.

The activity level of office occupiers remains strong. Most tenants use the opportunity to expand the leased area during the renegotiation or relocation process. Nevertheless, cost reduction seems to remain the major demand driver.

Colin Waddell, Managing Director of CBRE for Poland, commented: “Occupiers are fully aware of the increased competition among developers. In many cases, they can achieve significantly better financial conditions and improve the technical standard of their offices at the same time by relocating to a newly completed building. Furthermore, companies are tending to move out from the central locations and are looking for flexible, customized offices in business parks located in the fringe of the city centre or in further, non-central locations.”