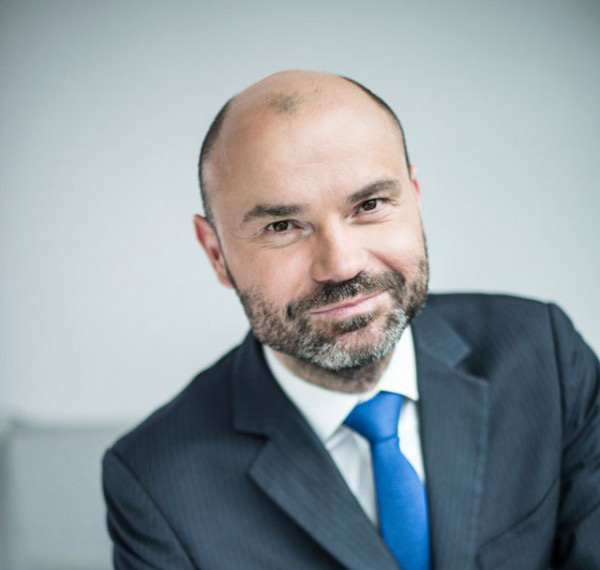 The big seven Polish office markets on the radar of investors, tenants and developers – EuropaProperty

GDP growth, rising tenant activity, transparency of the real estate market and the availability of different investment products at attractive prices are driving the growth of Poland’s seven biggest office markets, according to analysis by international advisory firm JLL.

The Big 7 Polish office markets – Warsaw, Kraków, Wrocław, Tri-City, Katowice, Poznań and Łódź – are developing dynamically and remain on the radar of both capital investors operating on the real estate market and companies, i.e., from the business services sector.

Tomasz Trzósło, Managing Director, and JLL Poland, said: “Warsaw is the biggest business and financial centre in both Poland and Central and Eastern Europe. The city plays host to business operations from global corporations as well as the biggest developers and investment funds. Other major cities are also developing and managing to attract companies from the business services sector, and international capital investment on the real estate market. Currently, not only Warsaw, but also Kraków, Wrocław, Tri-City, Katowice, Poznań and Łódź offer interesting opportunities to purchase commercial buildings. This dynamic development of office markets is bolstered by the favourable economic conditions in Poland as well as the positive forecasts for further GDP growth.”

According to forecasts by Oxford Economics, Poland’s GDP is likely to grow by 3.5-3.6 percent between 2016 and 2018, far above the growth predictions for the EU as a whole. With more than 38 million inhabitants, Poland is a larger market than those of the Czech Republic, Slovakia and Hungary combined. In terms of population, Poland is the sixth largest country in the European Union.

According to Global Real Estate Transparency Index 2014, Poland was recognized as the 17th most transparent real estate market in the world and was ranked above Spain, Norway, Austria or Italy as well as other countries from the Central and Eastern Europe region.

Poland attracts international giants including well-known companies from the finance, accounting, services, telecommunication and IT sectors who prepare long-term plans for Poland and, as a consequence, have become long-term tenants of office schemes.

“In 2015, the Polish office market witnessed record-breaking take-up with lease agreements totalling 1.5 million sqm concluded during the year. New entrants onto the market as well as the development of companies already operating here drove Warsaw’s 2015 net absorption to an all-time high of 280,000 sqm, one of the best results in Europe,” commented Anna Bartoszewicz-Wnuk, Head of Research and Consulting at JLL Poland.

Today, the office market in Poland is tenant-favourable and allows them to choose from modern office buildings either existing or under construction. By the end of 2015, the vacancy rate was 12.3 percent in Warsaw, 5.5 percent in Kraków, 8.6 percent in Wrocław, 10.8 percent in Tri-City, 13.2 percent in Katowice, 15.9 percent in Poznań and 6.9 percent in Łódź.

“However, this picture is somewhat different when office space that can be regarded as unattractive given the current market conditions is taken out of the equation. When this is done, the vacancy rate is actually lower and is below 10% in the majority of the Big 7 cities,” said Anna Bartoszewicz-Wnuk.

Tomasz Puch, Head of Office and Industrial Investment at JLL Poland, said: “Compared to Western European countries, Poland offers real estate projects at favourable prices. The attractive pricing of Polish office schemes is visible not only in higher yields but also in significantly lower capital values per sqm. As of the end of 2015 prime office yields in Warsaw were approx. 5.25 percent; in Kraków and Wrocław – 6.25 percent, in Tri-City and Poznań – 7 percent while in Katowice and Łódź – 7.5 percent. In comparison, the European average office prime yield – a weighted average for 24 major markets in the region – was 4.53 percent in Q4 2015.”

“Developer activity in Poland remains high. A significant share of space under development in the overall supply volume is typical for the growing markets of the CEE region where office space density is lower than in Western Europe. For example, Warsaw has an office density ratio of 2.7 sqm per capita which is significantly lower than other Western European cities with a similar number of residents, such as Barcelona (sub 4 sqm), Vienna (over 6 sqm) or Hamburg (over 8 sqm),” added Anna Bartoszewicz-Wnuk.

The Polish office sector is dominated by experienced developers who understand tenant requirements and who provide the market with high-quality, modern and secure products with long-term lease agreements.

“Stock-wise, the Polish office market has been growing at an annual rate of nine per cent and provides investors with a diversified proposition in terms of both quality and pricing – from flagship, high-quality products to opportunistic products, and value-added projects. Therefore, funds with different investment strategies, including those searching for prime projects within their class as well as funds who are willing to take more risk to gain a higher return, can expect to complete successful acquisitions,” said Tomasz Puch.

Real estate investor appetite for Polish office market is high. What is interesting is the fact that the volume of office investment transactions concluded on markets outside Warsaw has grown in recent years and hit a record high of €800 million in 2015.

“This year’s major transaction between Echo Investment and Redefine Properties further illustrates the attractiveness of Polish cities. The deal comprises a 75 percent stake in Echo Investment’s commercial real estate platform in Poland, including – apart from retail schemes – office buildings: A4 Business Park in Katowice, Astra Park in Kielce, Malta Office Park in Poznań, Oxygen in Szczecin, Park Rozwoju in Warsaw and West Gate in Wrocław. Taking into consideration investor activity, it is likely that Poland’s office investment transaction volume in 2016 can exceed the excellent result of €1.8 billion recorded in 2014 and even 2006’s record-breaking volume of €2.2 billion– if all the ongoing deals will be concluded as planned,” summarized Tomasz Puch.