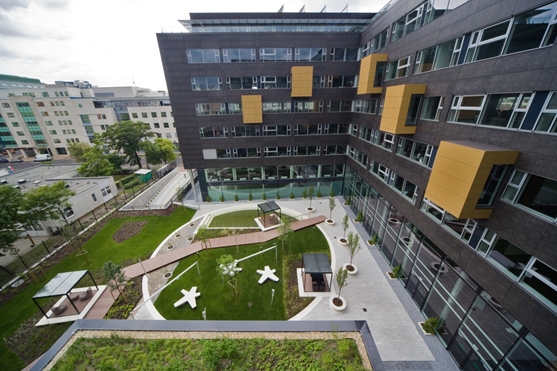 The Hungarian investment market was perceived to be improving over the last 12 months, but Colliers International has only recently been able to report that available opportunities have converted into significant deals.

“Then the third quarter of 2014 started with the closing of two investment transactions totalling nearly €50 million and another transaction is expected to be closed shortly.“ – commented Bence Vécsey, Head of Investment Services at Colliers International Hungary, who acted as sales adviser on both recent deals: Skanska’s 18,000 sqm premium office development, Green House, and a 37,000 sqm large distribution centre single-let to Auchan. The sale of Green House marks the first significant open-market office transaction since Q4 2012, and was the third consecutive Colliers International deal, having completed the acquisition of Stefánia Park earlier this year.

“A promising feature of today’s market is that investors have again started acquiring logistic parks, the least favoured asset class since 2009,” added Vécsey.

Colliers International forecasts that volumes could exceed €500 million this year, easily the best transactional performance of the last 3 years.

The increased activity can be attributed to several factors: the improving Hungarian macro-economic environment, the comparatively inexpensive nature of the local market, the low interest rate environment, the amount of capital at the disposal of investors, as well as the wider availability of debt.

Importantly, there has been a change in investor profiles. The previously dominant Austrian and German funds are focusing on select exit opportunities, but UK and US based private equity houses, listed property investors, Middle Eastern based buyers and Hungarian institutions have been actively pursuing opportunities and closing deals.

“It may be early to refer to new benchmark pricing, but the year so far, together with the deals in the pipeline, looks very promising,” concluded Bence Vécsey.