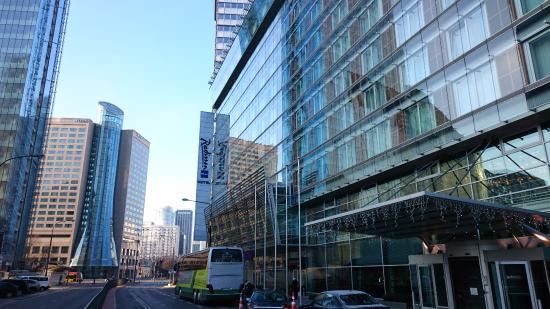 2018 is a time of revolutionary legal changes in the real estate market. But are these changes really for the better?

In the first half of the year, developers could witness fast-tracked work and entry into force of the so-called act on facilitating the preparation and execution of housing investments. It is a legal act which completely revolutionises the procedure for planning and preparing investments. Up to now, developers had to build their investment strategies based on local land use plans, or – if no such plans existed – a decision on development conditions issued by local authorities. In the new legal order, developers won’t need to take plans into account: they will only need to apply to local authorities for a construction permit and it will be granted. According to many observers and urban movements, these regulations open the door to abuses and lead straight to spatial chaos. Will it really be like that? The act has been in force only since 22 August, so it is too early for any conclusions. The next 12-18 months will be a real test case for the applicability of the new regulations.

What about trust accounts?

But more changes are in store. The act on the protection of rights of buyers of dwelling units or single-family houses, commonly known as the development act, is also about to be amended. The Office of Competition and Consumer Protection calls for removing the possibility of using the so-called open trust accounts by developers while carrying out investments and keeping only closed accounts. In the case of the latter, all the money from buyers is transferred by the bank to the developer after the investment has been completed; in the case of open accounts, payments are made in tranches according to the timetable specified in the apartment sale agreement, or after the bank’s on-site inspection finds that a particular stage has been completed. This solution – much preferred by developers – in OCCP’s view does not provide adequate protection for buyers’ money in the event the developer company goes bankrupt. Eliminating open trust accounts would force a radical change in how developers finance their investments, while some smaller companies in the industry would likely go out of business.

The end of perpetual usufruct

The government wants to finally do away with the “relic of communist Poland” which is perpetual usufruct of land. Inhabitants of buildings put up on land owned by the State Treasury or municipalities will become their owners at the start of the new year and thus pay higher taxes. In many cases, this raises objections. But the elimination of a tedious, complicated conversion procedure is supposed to be a benefit.

These and many other changes in the Polish real estate law will be discussed by the participants in the premiere edition of the FLEX Real Estate and Construction Law Forum, a conference organized by Nowy Adres S.A. on 26-27 November at the Radisson Blu Centrum Hotel in Warsaw. Over two days, major market players – lawyers, developers, advisors, analysts, representatives of local authorities, industry organizations and banks financing real estate investments – will discuss not only the current situation in the market, but also possible future scenarios after the entry into force of the new regulations. As is usual for conferences by this organizer, you can broaden your presence in the event by arranging meetings with other participants through the unique Match Maker platform. This solution makes it possible to establish new business contacts, which may be just as beneficial as knowledge acquired at the conference.

You can find the detailed conference programme here: https://www.biznesowi.pl/konferencje/flex/#program.