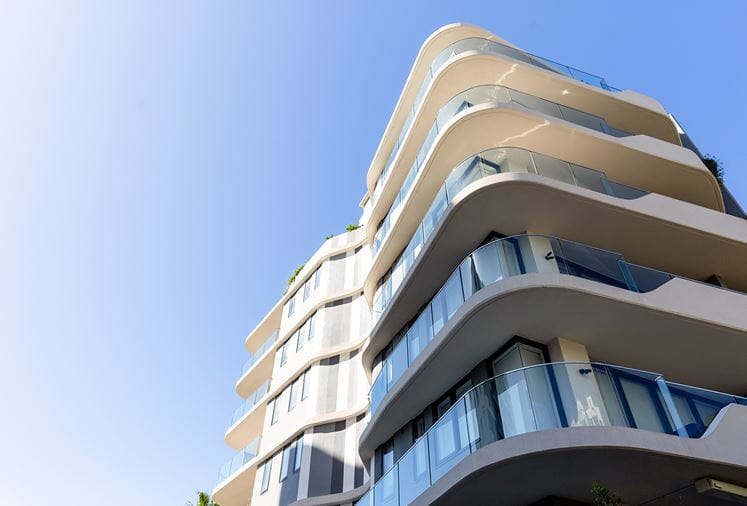 Residential volumes across the CEE region have been limited and averaged out annually at just over €200 million in the past 5 years. The balance between private, owner-occupied dwellings and those that are for rent in CEE lean towards ownership according to “The Private Rental Sector: Has it found a home in CEE?” just launched by Colliers in collaboration with Greenberg Traurig and Kinstellar. From the stock of existing developer/investor-owned, multiple unit PRS schemes, the Czech Republic is ahead, followed by Poland and the remaining countries behind that.

Kevin Turpin, Regional Director of Research, CEE, Colliers, commented: “There has been a growing, fragmented rental market in many countries, as private individuals invest into residential properties for personal investment purposes. This is because savings sat in personal accounts are not providing any meaningful returns and the borrowing costs on a mortgage have been historically low in most markets. Many of these residential units are being rented out and in the meantime, values are rising, as sales prices per square metre continue to grow year on year. Coupled with the shortage of new supply in many markets and the impact of this activity, it is also fuelling this momentum, and making the dream of owning a home for many, seemingly impossible. And it is partially for these reasons that the PRS sector and interest from investors have also been rising.”

“The Czech PRS (institutional residential for rent) market is the largest in the CEE region, thanks mainly to the ca. 42,600 unit Heimstaden portfolio in the Moravia-Silesia region and the ca. 11,500 unit CPI Byty portfolio in the North-West of the country. Excluding those, there are approximately 3,000 units existing today, with a further ca. 4,000 units recorded so far for delivery over the next few years. Many of these will be in Prague but, there are also plans to grow this product in regional cities.”

“Demand for rental accommodation comes from a range of sources such as young professionals and internationals who perhaps do not wish to fix themselves to a specific location or country. For others, the need to rent could also be a result of the limited supply and purchase prices of property on the market. The fragmented rental market (private individuals/investors renting single or small numbers of units) has been around in the Czech Republic for a long time of course, but some customers for example are looking for a new experience and higher levels of service. This is precisely where the PRS market can deliver if done well and we look forward to monitoring what these new schemes offer and how well these perform over the years to come,” explained Kevin Turpin.

In 2019, the highest overcrowding rates (based on the availability of rooms per person and the average size of household) were observed in Romania (45.8 percent), Latvia (42.2  percent) and Bulgaria (41.1 percent), and the lowest in Cyprus (2.2 percent). The data suggests that the majority of households in Central Europe are more overcrowded than the EU average. The long-term European trend shows a gradual decline in overcrowding, therefore if we assume that this trend continues and the CEE markets continue towards a convergence, then this goes some way to proving a supply gap, and that more housing is required. From this supply, we would anticipate that rental properties would make up a reasonable portion, subject to a shift in strategy from more developers and investors. This is already starting to happen in Poland and the Czech Republic.

The last 5 years across CEE have seen sales prices rising rapidly, partly driven by a shortage of supply, relative ease and low cost of debt, and the desire for people to invest, in an effort to earn more money on their savings than they would receive in the bank. There are also other factors at play, such as the shortage and rising costs of suitable land plots, drawn-out and uncertain permitting processes, and the shortage and subsequent rise in costs of both construction labour and materials. According to Eurostat data, the cost for constructing new residences in the EU has increased by 15 percent during the period 2010 to 2019. Among the CEE member states, the largest rises were observed in Hungary (+47 percent) and Romania (+46 percent).  With all of these factors taken into account, many developers across the region are not tempted to deviate from the build-to-sell model of individual units. From the stock of existing developer/investor-owned, multiple units PRS schemes, the Czech Republic is quite far ahead with ca. 57,000 units, followed by Poland with ca. 4,500 units.

Victor Constantinescu, Managing Partner, Co-head Real Estate, Bucharest, Kinstellar added: “Indeed, PRS as an asset class is a relatively new phenomenon in CEE, and you certainly have less of it as you move farther east. Part of it is legacy-related: homeownership was always extremely high in CEE and reflected a mentality that one needed to own one’s home. That is no longer necessarily the case.  As demographics are changing and with prices steadily rising for development in congested areas with opportunities becoming scarcer, and many people being priced out of the market for home purchase, we expect this asset class to take hold in CEE.”

“We are also seeing a larger number of PRS/BTR projects being announced in the pipeline for delivery over the next few years. When tracking multi-unit PRS activity, it is clear that the markets in CEE are all in the relatively early stages of development but are also developing at different speeds. We can certainly see a more rapidly growing trend in Poland and the Czech Republic.”

In most markets, it is common for leases to be defined as long and short term, with short-term typically defined as less than 3 months, but can be up to 6 months. The long term is typically 1 year or more in length, which is obviously significantly less than the standard 5+ year leases seen in other commercial sectors. In the PRS sector, 1-year leases are most common and on completion, tenants will either give notice and move out or extend for another year.

Agata Jurek-Zbrojska, Real Estate Partner, Greenberg Traurig Poland, said: “In the CEE countries covered in this report, there were no such regulations restricting leases between private entities and there are no known plans to introduce these at the time of writing this report. Therefore, at the end of each year or lease term, landlords are within their rights to review rent, as no indexation is applied in the standard 1-year lease contract. This can of course sometimes lead to sizeable jumps in rents depending on market conditions at the time”.

Residential volumes across the CEE region have been rather limited and averaged out annually at just over €200 million in the past 5 years (as opposed to transaction volumes of more than €60 billion in both 2019 and 2020 across EMEA).

Dorota Wysokińska – Kuzdra, Senior Partner, Corporate Finance, CEE, Colliers, added: “This is again having everything to do with the lack of standing product available on the market as opposed to the lack of investor appetite. In a few of the cases that we have seen and advised on in CEE, investors have entered the market through acquiring a residential developer or establishing a joint venture to secure pipeline and volume. This can be a great win-win scenario for some as it can help fast track both for sale and rental product by sharing the financing load”.

Andy Thompson, Head of Investment, Czech and Slovak republics, Colliers, commented: “The Czech Republic is arguably one of the best-placed markets in Europe to buy BTR/PRS investments. The constraints of the planning system continue to restrict the supply of available units, putting continued upward pressure on apartment prices. Whilst the supply and demand of apartments for institutional products have been limited to date to a couple of transactions mainly in regional Czech – several institutional sales are ongoing indicating the real depth to the sector from institutions.”

“For an investor, the business model seems pretty robust. Institutional capital (almost unlimited capital) is effectively now competing with individuals and families to buy apartments. The result is that there will be even fewer apartments developed for sale – putting upward pressure on pricing for those apartments that are built for sale. Demand for renting will increase as people will not be able to find sufficient capital for a deposit on their mortgage for ever more expensive apartments. Ultimately, rental growth, driven by the forces of less supply and increased demand will help make BTR/PRS one of the most interesting asset classes to buy for investors,” concluded Andy Thompson.