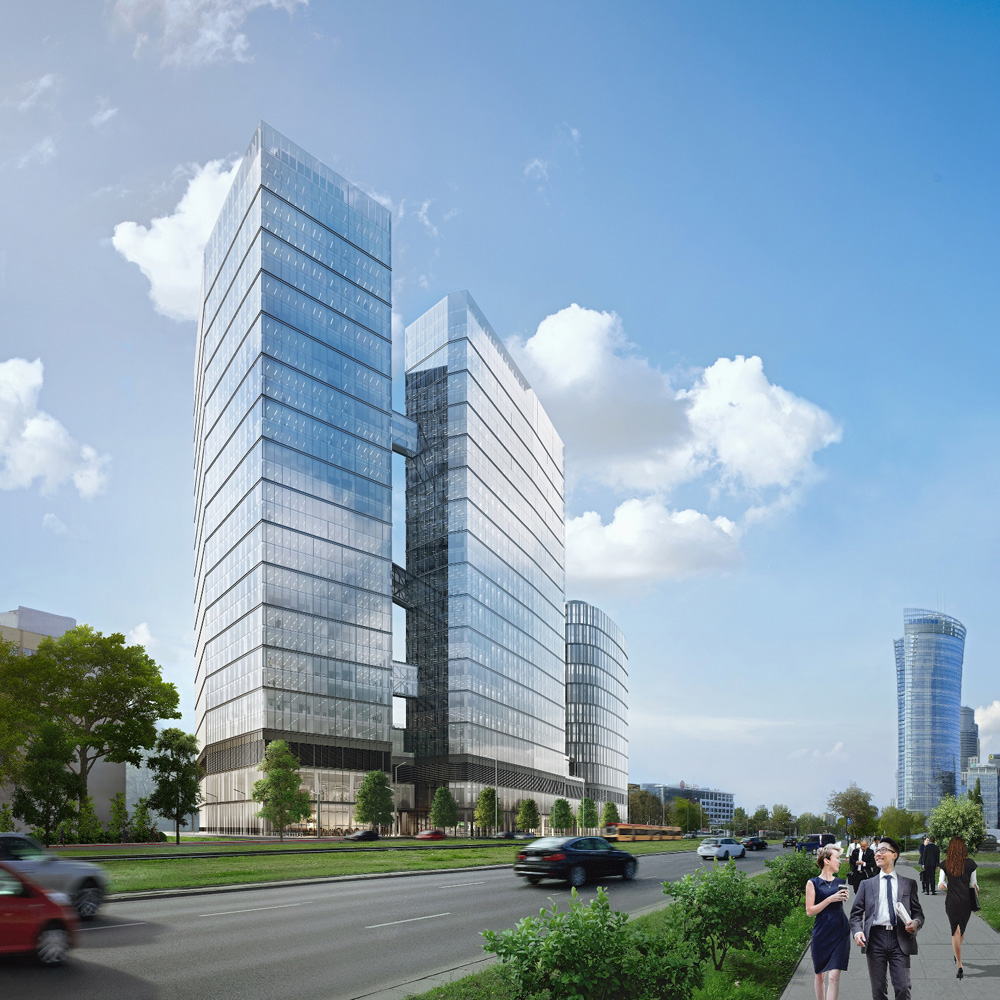 The Warsaw HUB will combine business and creativity – EuropaProperty

The Warsaw HUB is Ghelamco Poland’s latest and biggest project, previously known as Sienna Towers. The complex of three buildings, which is being built in Warsaw’s business centre, will offer 113,000 sqm of multi-functional space. For the first time on the Polish property market, the innovative HoloLens technology was used for project visualization.

The Warsaw HUB will be the most innovative project in Ghelamco’s history, a home to new technologies, friendly to both startups and corporations. It will also be an example of high-class architecture with a city-forming function, which has been consistently implemented by Ghelamco, a pioneer of this concept on the Polish market.

“The Warsaw HUB is Ghelamco’s most modern design to-date. The investment will go far beyond the framework of a typical office complex. It will be the heart of the network, a central point where all needs of modern, innovative companies converge,” said Jarosław Zagórski, Commercial and Business Development Director, Ghelamco Poland. “The Warsaw HUB will set new, previously unknown quality standards while creating a valuable urban fabric in the very heart of Warsaw. Therefore the building will fulfil a city-forming function, of which Ghelamco has been a pioneer among the developers operating in Poland.”

The Warsaw HUB will be erected in the fast developing part of Warsaw, i.e. at the junction of Towarowa and Prosta streets. After Warsaw Spire, it is another Ghelamco project which is creating a new business centre in Warsaw, near Rondo Daszyńskiego. The investment is located in the direct vicinity of a major transport hub, linking the second metro line with numerous tram and bus stops, near the Warszawa Ochota train station.

The Warsaw HUB is a technologically advanced complex, combining all functions necessary for today’s corporations and startups to operate. The 113,000 sqm of space will host state-of-the-art office space, a conference centre, and a 3- and 4-star hotel.

In the Warsaw HUB, there will also be a place for MeetDistrict, a proven concept which has been successful in Ghelamco’s Belgian investments. This will be a unique co working space, in which even the smallest companies will find a place for themselves in a modern office building.

Ultimately, The Warsaw HUB will also be a headquarters of The Heart Warsaw, a centre of cooperation between corporations and startups. It will be based on clubs, thematic programs and scouting, all of which will drive the ecosystem and importance of Poland in Central and Eastern Europe. Today The Heart Warsaw connects more than 100 startups with banks and global corporations. Currently, as part of The Heart Warsaw, thematic programs are being developed, among others FinTech and Omni channel Retail. Soon there will also be programs connected with, among others, Smart Cities. In addition to D-RAFT and Mastercard, Ghelamco Poland also partners with the initiative. It is the first example in Poland of a property developer engaging in developing a business based on new ideas and technologies.

All these solutions will provide flexibility to emerging companies, in particular start-ups and scale-ups. Added to this, the building will host a commercial space (ca. 6,000 sqm) and a sports and conference centre, providing tenants with comprehensive infrastructure.

The Warsaw HUB will also be located in the very heart of a transport hub. Direct access to the second metro line as well as the vicinity of tram and bus stations will be a huge asset, encouraging people to use public transport. A modern bicycle parking lot, with showers, lockers and bicycle racks will also address the needs of cyclists. All this fits in well with the idea of creating environmentally friendly solutions. For those commuting by car, in The Warsaw HUB’s underground there will be a modern parking lot.

The Warsaw HUB will provide future tenants with top quality offices equipped with state-of-the-art technology solutions. For example, access to the building will be enabled for smartphones and the parking lot will be equipped with a car recognition system, a car wash, and a charging station for electric cars. The complex will be powered from three independent sources, but the tenants will also be able to install their own generators. Moreover, as part of The Heart Warsaw, projects related to the smart cities and smart office concepts are being developed, which will be later used in The Warsaw HUB.

The project’s innovativeness is also reflected in its unique way of presentation. For the first time on the Polish market, visualizations of the investment were presented using HoloLens, i.e. goggles generating holographic images allowing for creating the so called mixed reality.

The Warsaw HUB is also an investment which will create a new, valuable urban fabric. This is Ghelamco’s yet another project in which the Belgian company consistently implements the city-forming concept. Ghelamco has been the first developer to implement such concept on the Polish market. The investment was designed by a renowned architectural studio of Andrzej M. Chołdzyński, author of, among others, the central section of the second metro line or the building of the Warsaw Stock Exchange.

Erected on a shared, nearly 100-meter foundation, the skyscrapers (two 130-meter and one 85-meter) will form a consistent, big city frontage along the Towarowa street and a landmark of Rondo Daszyńskiego visible from many places in the capital. Along the complex, both from the back of it as well as from Towarowa street, an attractive public space in the form of shopping arcade will be built. Similarly to the nearby Plac Europejski (European Square), the arcade will host cafes, restaurants, and service outlets.

Construction of The Warsaw Hub has already started and the investment is scheduled to be completed at the end of 2019. The commercialization process of the building is now pending. The exclusive agent for the office and commercial part is JLL. The estimated investment value is more than PLN 1 billion.