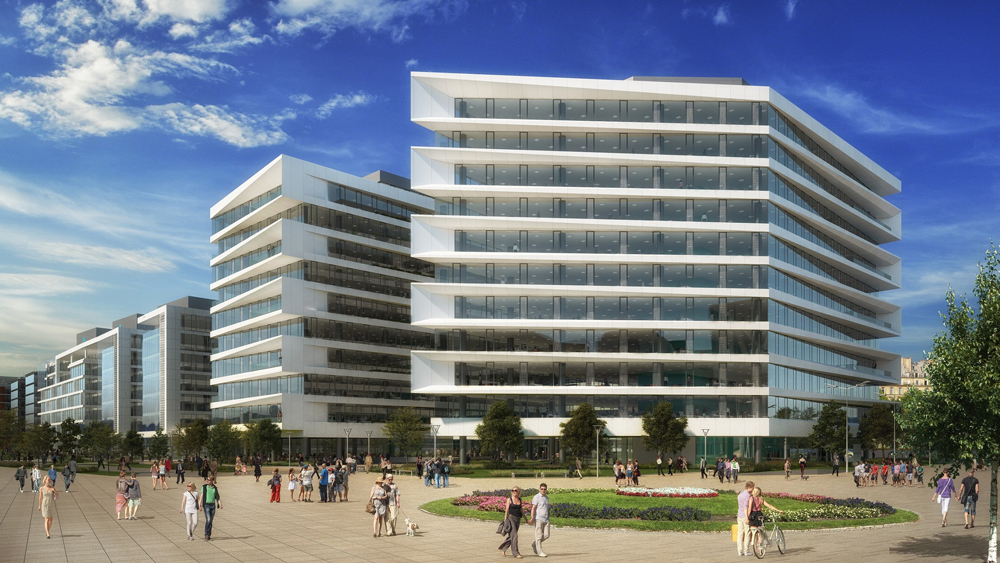 TriGranit, celebrating its 20th anniversary in business in 2017, will this year launch its newest development in Budapest, Hungary, the Millennium Gardens office building, that will provide 37,000 sqm GLA for future tenants from H2 2019 on the banks of the Danube, next to MÜPA and the prospective Congress Centre.

In 2016, on top of completing the largest ever transaction of the Hungarian office market and the Polish real estate market’s greatest single asset transaction in 2016, the company concluded new lease and renewal agreements for over 68,000 sqm office and retail space at a value of over €12 million, and developed 20,000 sqm GLA office space. In 2017, the company plans to start the development of Building H, the eighth building in its popular office complex in Krakow, Bonarka for Business (B4B), providing 10,000 sqm GLA, and plans to start the second Phase of Lakeside Park in Slovakia with 13,000 sqm GLA. In its 20 years of operation, TriGranit, always known for its innovative approach, has carried out over 50 projects in 7 countries on 2 million sqm GBA, receiving more than 50 prestigious awards. In the future, the company will continue its operations, focusing on developments and acquisitions primarily in the so-called Visegrád countries.

TriGranit’s newest Hungarian development, the Millennium Gardens with its 37,000 sqm GLA is the largest office building development in Budapest that will start in 2017. The uniquely designed 10-storey building will provide for tenants over 600 parking spaces, e-car chargers and bicycle storage, as well as lots of green area and restaurants around the office building. As part of the Millennium City Centre, the office building will be constructed next to MÜPA, the National Theatre and the prospective Congress Centre on the banks of the Danube. The Millennium City Center project itself, carried out by TriGranit, has been a huge regeneration project in Budapest. Over the past decade, TriGranit has developed a total area of 360,000 sqm on Millennium City Center’s 3-hectare plot: the Duna-Pest Residences, consisting of more than 310 luxury apartments; the world-famous Palace of Arts; MÜPA; four Millennium Tower class “A” office buildings; and the K&H Headquarters. This area is a well-known, dynamically improving business, residential and cultural area and a strong submarket preferred by several multinational companies.

Further TriGranit office development plans in 2017 include the Lakeside Park II in Bratislava, an 11-floor building with 13,000 sqm GLA, located in a well-established business district in Bratislava III, Nove Mesto area, only 4 km from Bratislava Old Town. The complex is set into a green environment with a park in a prominent location adjacent to the picturesque Kuchajda Lake. Building H, with 10,000 sqm GLA, will be the 8th building for one of Krakow’s most successful office complexes, the Bonarka for Business, situated in the Podgorze district.

“Although TriGranit is and has always been a Central European player, I am extremely happy that, after years of silence on the Hungarian market, we launch our next office development in Budapest right on the 20th anniversary of TriGranit. At the same time, this is good proof of the extremely strong and active Hungarian real estate market, where investment volume has reached a record €1.7 billion in 2016,” said Árpád Török, Chief Executive Officer of TriGranit.

Hungary and Poland turned out to be the most successful countries for TriGranit in 2016, where the company had two market-defining transactions. The sale of Millennium Towers for €175 million in Budapest was the largest-ever transaction on the Hungarian office market. Likewise, the sale of the Bonarka City Center in Krakow for €361 million ranks as the Polish real estate market’s greatest single asset transaction in 2016, and the third greatest volume sale of all time in the Polish retail market. On top of all this, TriGranit constructed Buildings F and G (20,000 sqm GLA altogether), the next buildings at the popular Bonarka for Business office complex in Krakow, and concluded new lease and renewal agreements for more 68,000 sqm of office and retail space at a value of over €12 million.