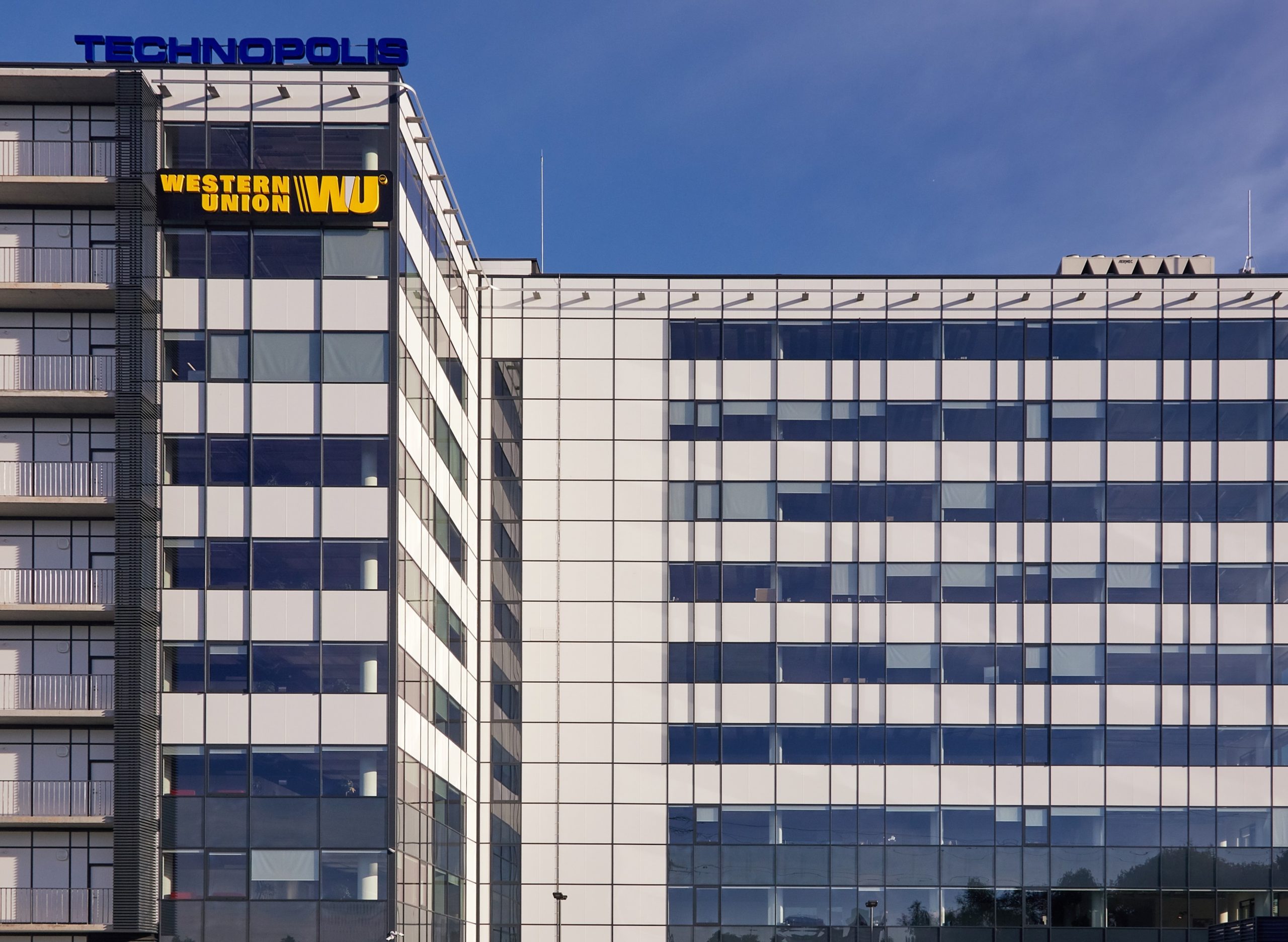 Prior to the transaction, WU worked out of three buildings Technopolis owns in the Ozas Park district of Vilnius while following the deal it has concentrated its leased premises in two business centres and increased the total leased area. From now on WU will occupy the entire Gama building and 66 percent of the space at the Delta business centre, meaning that the expanded service centre will now occupy a total of more than 25,000 sqm. The area leased by the Company makes this the biggest office lease transaction in Vilnius this year.

“WU’s decision to extend its long-term lease agreement and conduct expansion in the Technopolis business park was based on the strategically convenient location, the infrastructure that is in place in the territory, the office manager’s professionalism, and also the building’s quality parameters – namely, rational and flexible use of space, with offices designed and equipped according to WU’s needs,” said Martynas Babilas, the Head of Newsec’s Tenant Representation Group in the Baltic countries.

According to Lina Maskoliūnė, the Head of the Lithuanian Business Region at Technopolis, this transaction is a result of Technopolis’s approach to long-term collaboration and the trust it has earned along the way.

“Renewal of the agreement by WU while expanding even more within our business campus shows that we respond well to our clients’ needs. The things that are most important for business today are attracting talent, retaining it, and ensuring business continuity through high-quality and stable infrastructure. Our work is to help our clients provide for that, and the COVID-19 crisis showed even better how strong and flexible we are and how smooth the infrastructure and client service culture we’ve created is,” she noted.

From the very start of its activities in Lithuania in 2011, WU established itself and grew in the Ozas campus, whose buildings Technopolis acquired in 2013. Having begun operations in the Beta building, in 2013 WU expanded to Gama and in late 2016, with the construction of Delta, the company leased premises in that office building as well. “For rapidly growing companies like that, business campuses with common infrastructure are an extremely convenient solution that also ensures flexibility. In that way we can guarantee a tenant smooth growth at a single campus, without the distraction of having several sites in the city. In seven years of operations in Lithuania, we’ve also become convinced that the wide range of added office services which we offer meet the quality demands of not just small and mid-size companies, but also of major tenants like WU,” Lina Maskoliūnė said, detailing the benefits of business-campus infrastructure.

Following the transaction, WU will occupy the entire 11,300 sqm area of the B+ class Gama business centre on Balčikonio Street, and 14,300 sqm, or 66 percent of the space, in the neighbouring B+ class Delta building. Delta additionally houses many small and medium-sized businesses, including the UMA coworking space with 100 workplaces. Other B+ class business centres owned by Technopolis at the Ozas campus include Alfa, Beta (two office buildings), Gama, Penta and Nova, construction of which is near completion. All the buildings at this business campus are LEED Gold certified.

Tenants will not radically change their plans

“The Vilnius office market is currently especially favourable for tenants in terms of the number of alternatives, not to mention the new large-scale B+ class office buildings being built which will boost the supply of quality space. Nonetheless, careful assessment of the existing options showed that Technopolis’s offering best fit the needs of Western Union Processing Lithuania, so the office lease transaction process was smooth. This is the biggest office deal so far this year not just in Vilnius but in all the Baltic countries, and it highlights the active expansion of the service centres that are already operating on the market,” Martynas Babilas said.

The expert notes that despite the uncertainty on the market due to the pandemic, office space remains one of the least affect real estate sectors and lease agreement extensions may multiply: “Although major companies still plan partial work from home, they aren’t reducing office space, expecting that the office will still remain the main place for work and collaboration – as the solution chosen by WU illustrates too,” Babilas said.

He stresses that, despite record first- and second-quarter lease transactions, total annual take-up of space this year compared with last year (which was the most active on record for the Vilnius office market) will be somewhat smaller due to several delayed lease transactions.

“Still, companies whose lease agreements are ending will have to decide one way or another, so I think that this year we’ll see more agreement extensions than relocation, and the agreements themselves will be shorter – one or two years, thus agreeing on short-term flexibility. On the other hand, there are quite a few growing companies, especially in the technology and service-centre sectors, that have a clear need for office space and are intended to move to new and bigger offices,” said Newsec’s Head of Tenant Representation in the Baltics.