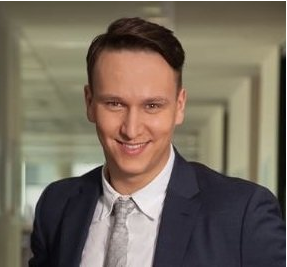 Vision of the Future 2040 – EuropaProperty

Innovation is now the core pillar underpinning growth strategies of all businesses wanting to go global. Fuelled by growing high-tech investments worldwide, transformation is gathering pace with changes taking place almost overnight. What will the immediate future look like? What areas of our lives will be affected by proliferating innovations? How will the ways in which we communicate, travel and work change?

The last 150 years have witnessed a real technological revolution. Innovation and developments have always been driven primarily by the urge to satisfy what Abraham Maslov calls fundamental needs such as the need of belonging and participation in social groups, the need for safety or ordinary physiological needs that impact on human behavior and functioning.

Barely 20 years ago, mobile phones were truly revolutionary to us in the way as no cable connection was needed to make a call. Nowadays, we use smartphones to take photos, record high-definition films, use email or surf the internet, and as desktop computers once connected to a monitor.

Core innovation hubs include primarily metropolises of the world’s developed countries. Such cities as Tokyo, Singapore and New York are leading the way in developing new solutions that will very soon be probably adopted in other parts of the world.

In addition, architects designing super-buildings incorporating residential, office, leisure and educational functions are seeing their modernist visions come true in areas where there is high building density and a dearth of new development sites. A key focus in commercial building designing which takes account of inhabitants’ social needs is to improve efficiency and reduce the time needed to get from point A to point B.

R&D teams are busy working in the headquarters of Samsung Electronics, the Digital City in Suwon, near Seoul, on mobile technologies that will stir up excitement in a couple of years from now. Samsung D’light is also a huge attraction of Seoul – it is a three-storey building with a line-up of Samsung interactive installations. Upon entrance you receive a band you need to scan at the interactive installations so that you are recognized by the system. You can choose from various activities, including creating a digital avatar, building a city of the future on a huge 180-degree curved display or identifying your personality through simple mini-games. This futuristic vision may easily spread to other parts of the world too.

The Edge in the Netherlands is another pioneering project setting new global trends. According to many experts, this super high-tech head office of Deloitte is so crammed with electronics that it is unable to unlock its full potential yet.

If the ‘smart’ segment maintains its current momentum, in 2040, sensors, cameras and electrical devices with all their communication pathways and connections will constitute a ‘nervous system’ that in addition to reporting failures within buildings will be able to predict and successfully prevent potential risks.

Sharing economy is most likely to dominate the future. The co-working space sector represents strong growth potential in this segment. Co-working office space is not, however, intended solely for small-scale start-ups, but will primarily meet requirements of large corporations increasingly seeing great added value in flexible office lease options and selection of workplaces by employees themselves.

E-mails, telephone calls and videoconferencing are of very little use in building interpersonal relationships, and problems with communication between employees pose a great challenge for some businesses. Thanks to virtual reality, employees will be able to attend meetings in the near future despite being many kilometers apart. The Social VR platform presented by Facebook over a year ago will use virtual reality to facilitate connections in social media. During its presentation, the speaker used goggles and the Social VR platform to establish contact with a friend who was dozens of miles away. Both traveled to various places across the globe, drew items in virtual space for later use and finally took a selfie to post it online.

Three-dimensional presentations will also enter our lives following further advancements in the field of communication tools. They are already used in medicine, for example, for magnetic resonance imaging during brain operations.

An autonomous car is another interesting development. Tesla, Google, Uber and Lyft (Uber’s key competitor) together with Ford, and China’s Baidu, Honda, Toyota and several other firms are already working on self-driving vehicles. Google, and more specifically an autonomous car development company Waymo, a subsidiary of Alphabet, was originally planning to release driverless ‘taxis’ to the general public in 2017.

Intel predicts that an estimated 585,000 lives could be saved due to autonomous vehicles between 2035 and 2045. This will be enabled by a technology incorporating navigation cameras, sensors and radars which monitor the road ahead all the time.

Money is another argument in favor of self-driving cars which by eliminating road accidents will give national economies an estimated $235 billion in savings between 2035 and 2045. This figure is expected to grow exponentially once all traditional cars are put out of use. In addition, instead of focusing on driving a vehicle, the driver will have time for fun, work or talking to travel companions.

We are living in very exciting times. Ongoing changes and new technological advancements may feel like a roller coaster ride keeping us in constant suspense and unaware of what to expect after the next hill.

July 4, 2022
General Property Inspect launches in Europe through Polish Agency for Enterprise Development
Property Inspect, the award-winning and globally recognised provider of property inspection and operations software is delighted to announce its formal incorporation in Poland. Property Inspect has also been included...