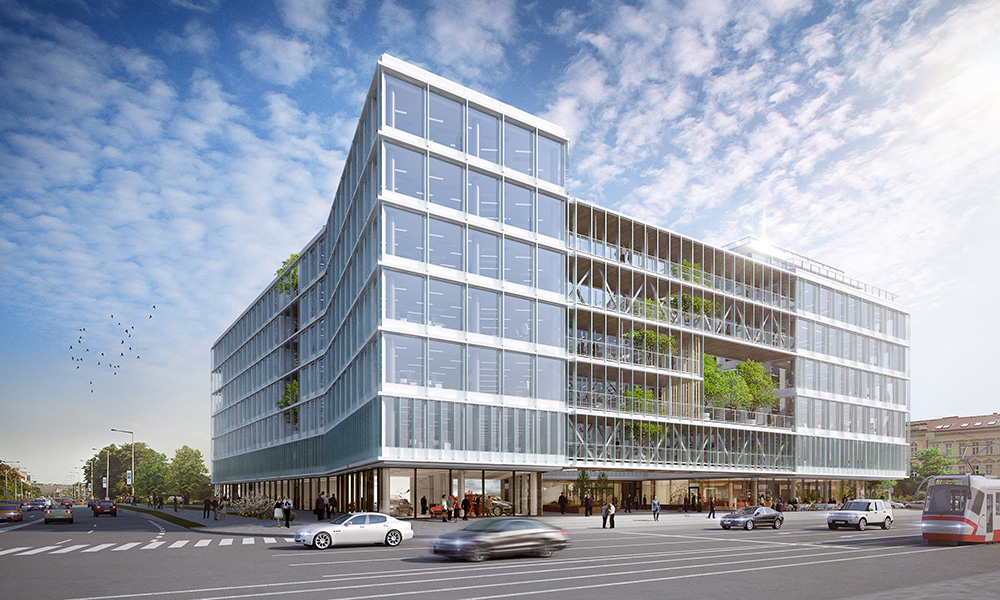 “Visionary is our first project in Prague 7 and I have to say that interest in modern office space in proximity to Nádraží Holešovice train station has exceeded our expectations. We have already leased out more than 60 percent of the space four months before Visionary is completed. We are delighted that advertising agency WMC/ACTUM Digital has joined Visionary’s tenants,” says Marie Passburg, Managing Director of Skanska Property.

Advertising company WMC/ACTUM Digital, which has been located in Prague 4 until now, will move its offices to Prague 7, where a number of creative companies, communication agencies, independent galleries and certain publishers are concentrating. WMC has therefore become another major tenant in the building, after a global consultancy company rented more than 7,000 sqm of space.

Visionary is a modern office hub located in close proximity to Nádraží Holešovice train station, between Argentinská and Plynární streets. After its completion in the spring of 2018, it will provide a total of 20,500 sqm of category A administrative space and 2,300 sqm of retail space. The office space is already 60 percent occupied, by two prominent companies from the world of consultancy and advertising. A Fresh & Tasty restaurant will be opened on the ground floor of Visionary, together with a doctor’s clinic, a pharmacy and an Ošatka store, selling healthy food. The City District of Prague 7 will also open a nursery school in Visionary.

Visionary aims to obtain a LEED Platinum environmental certificate and newly also a WELL certificate, which monitors the interior environment from the perspective of its users. In addition to its healthy and flexible work environment, Visionary also provides several relaxation zones: a garden, a multi-purpose sports facility and an open-air cinema, which will all be accessible to the public. The developer will also build a running track on the roof of Visionary, the first of its kind in Central and Eastern Europe.

“We think that Holešovice will see the same, attractive transformation that Karlín did many years ago, when a residential quarter that only vaguely concealed its industrial past became a sought-after city district. We are pleased that Visionary will help Holešovice achieve this rebirth and are now looking forward to another project in this area, Port7, which has ambitions of creating a new centre for the area as a whole at Nádraží Holešovice,” says Marie Passburg.