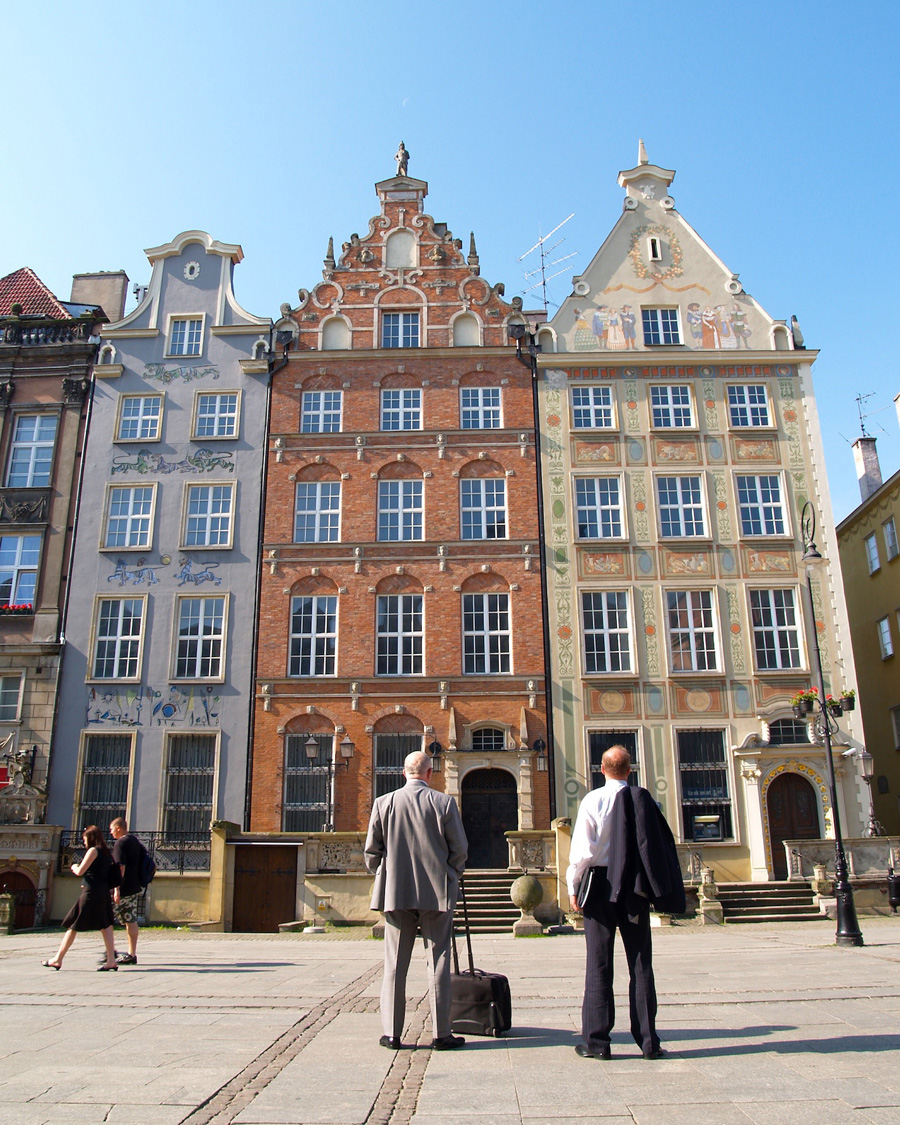 ‘Długi Targ’ Hotel Development Project is a unique property acquired by Von der Heyden Group in a complex tender from Millenium Bank some years back and is located in the heart of Gdańsk, at the corner of historical Długi Targ Boulevard and Mieszczanska Street.

With history of over 1000 years, Gdańsk is one of the oldest, one of the most dynamic, most popular tourist destinations in Poland. Together with Gdynia and Sopot, Gdańsk forms a conurbation of over 1.2 million inhabitants. Gdańsk, as the capital of the Pomerania Province is also an important academic and business centre in the country.

A complex tender for a General Contractor for construction works has been won by the locally based Allcon and the construction agreement was signed in April 2016.

Allcon Budownictwo is a Pomeranian company specializing in general contracting in ‘design and build’ type contracts and ‘turn-key’ projects. During 25 years on the market, the company has completed dozens of projects for Polish and foreign investors.

The chosen architect for the ‘Długi Targ’ Project is also a locally based company ‘Architectonica Michał Skwarło’ and the interior design is made by ‘TOYA Design’ from Poznań. The Project Manger is Probuild.

On signing the agreement, Sven von der Heyden, Von der Heyden Group’s Chairman, said: “We have never given up on making this wonderful project a reality. Our timing at acquistion was not ideal, right before the financial crisis broke out in 2007/2008. We have taken advantage of the suffered delays and optimized the design, increased the number of rooms and found a strong banking partner in Alior Bank. I am convinced that this hotel will be financially very successful given its design and location combined with our usual touch for detail.”

Adam Trybusz, the President of the Management Board of Długi Targ Sp. z o.o., a special purpose vehicle to implement the project, and co-investor of the project said: “The right to participate in such a unique project wins with every obstacle on the timeline. This time, the time has not always favoured us. However, with such location it doesn’t matter that much. What matters most is the privilege to co-create the history of the beautiful city of Gdańsk.”

The ‘Długi Targ’ development project (estimated development budget: €11 million) is based on refurbishment and conversion of three historical semidetached city houses into a unique 90 room hotel with a total area of 4,500 sqm.

The initial concept of Von der Heyden Group was to create a top 5* refined boutique hotel, however, due to the changing market environment, the initial idea responded the local market needs and an efficient and trendy 3* Superior hotel will be created. The building will also have prime retail space on the ground floor. The characteristics of the external faade will be carefully preserved, however, at the same time, the interiors will be modern and full of innovative solutions.

On July 1, 2016 the Cornerstone Laying Ceremony will take place. The hotel is scheduled to be opened in late summer 2017 and will be managed by IBB Hotel Collection (IBBHC).