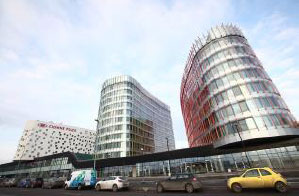 Warimpex results for first half of 2014: Portfolio improvement offset by write-downs in Russia – EuropaProperty

The first half of 2014 was dominated by three key factors for Warimpex Finanzund
Beteiligungs AG: the stable development of the assets and improved earnings from them, the successful exit from the luxury hotel industry in Prague, resulting in an improvement in the hotel portfolio, and finally the political developments in Ukraine and Russia.

Taking account of the 7 percent decrease in the number of fully consolidated rooms as a result of hotel sales, operating business developed positively in the first half of 2014. The further improvement in the performance of the existing hotels is reflected particularly in the net operating profit per available room, which increased by 7 percent.

Revenues from fully consolidated hotels declined by 9 per cent year-on-year to €31 million – and by 4 per cent including all joint ventures. EBITDA fell by 5 per cent to €7.7 million and EBIT dropped from €5.2 million to €1.4 million. These decreases are mainly due to decreased earnings from the sale of properties and losses on remeasurement in Russia, which account for a total loss of around €3 million. With a slight improvement in the financial result compared to the first half of 2013 to €10.7 million (first half of 2013: €12.5 million), there was a loss for the period of €10.8 million.

“Russia and Ukraine are keeping the world in suspense. However, our business in St. Petersburg and Ekaterinburg is largely developing in line with planning. Nonetheless, the Ukraine crisis has negative effects of the valuations of our assets in Russia,” said Franz Jurkowitsch, CEO of Warimpex. “Overall, we continued to pursue our strategy of focusing on our ‘high performers’ and increased the net operating profit per available room by 7 percent.”

The lower growth of the Russian economy has not had any negative impact to date on bookings at the hotels in Ekaterinburg and St. Petersburg. However, the room rates in euros decreased as a result of the weak rouble. For example, occupancy at the angelo hotel in Ekaterinburg rose by 12 percentage points, whereas the average room
rate in euros fell by 20 percent as a result of exchange rate effects. In St. Petersburg, the effects on the room rate were much less significant.

At AIRPORTCITY St. Petersburg, a term sheet for the sale of the two office towers Jupiter 1 and Jupiter 2 was agreed with a Russian pension fund in February 2014. The political developments have not affected the sales negotiations or the purchase price to date. “Owing to the major overall complexity of a sale of this magnitude, we currently expect to close the transaction around the end of the year. One comparable project was the sale of the InterContinental hotel in Warsaw in 2012, for which the sales negotiations also took almost a year,” explained Jurkowitsch. In addition to the current sale, the third office tower Zeppelin was rented out on a long-term basis in May 2014. This tower, for which the shell has already been completed, will soon be completed as a top-class office building in line with international standards. Warimpex is also in the planning phase for the further expansion of AIRPORTCITY.

Finally, the Ukraine conflict also has an impact on hotels in other European countries. For example, there has been a significant decline at locations such as the Dvorak hotel in Karlovy Vary, Czech Republic, which traditionally has a high proportion of guests from Russia and Ukraine. Revenues here recently fell by around 15 percent.

The strategic exit from the luxury hotel industry in Prague was successfully completed in the first half of 2014. In addition to the sales of the Palace Hotel and Le Palais Hotel in 2013, Warimpex also sold the last of its five-star hotels in Prague, the Hotel Savoy, in June. “However, we are staying true to the market with our two strong fourstar hotels, angelo and Diplomat, and expect to see a positive development here,” said Jurkowitsch confidently. In the Development segment, Warimpex is currently working on the further expansion of AIRPORTCITY St. Petersburg and on the revitalisation of the Erzsébet office complex in Budapest. In Krakow, we plan to develop an office property on a building site adjacent to the Chopin Hotel.

“Overall, there are a number of positive developments, particularly the continuous improvement in our portfolio that can be seen in the NOP. We intend to continue consistently pursuing this path and to advance our development projects in line with the general conditions. If the situation in Ukraine stabilises, this will quickly be reflected in positive effects on our Company, both in terms of exchange rates and in valuations,” concluded Jurkowitsch.