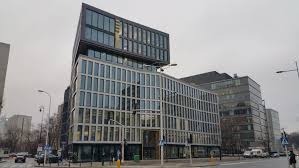 S+B Gruppe AG, private project developer on property markets in Vienna, Prague, Bucharest and Warsaw, has been winning clients with its intelligent projects in top locations in the capital cities of Central and eastern Europe. A few days ago, it was awarded LEED-Platinum for its project kroLEWska in Warsaw. Consequently there are now four S+B projects on the world list of LEED-Platinum certified buildings.

The KroLEWska project is situated in the innermost core of Warsaw’s Central Business District. It represents the highest standards with regard to its functionality, design and quality. It is a distinctive structure comprising 6,000 sqm of office and retail space with an unusual facade being a final touch in its uniqueness. While the Polish word ‘LEW’ stands for lion and ‘Krolewska’ means the royal one, even the name of the building strengthens its glamour. The KroLEWska building is the most sustainable building in its category in Poland and it was classified in sixth place on the LEED-Platinum world-list achieving 92 points.

Johannes Bauer, S+B Country Manager in Poland, said: “There has been a huge interest in the last free space in kroLEWska and we are successfully negotiating with many potential tenants. We were happy to welcome in kroLEWska new tenants, among others, international consulting company A.T. Kearney, financial advisory company Ebury and CCIPT- China Council for Promotion of International Trade.”