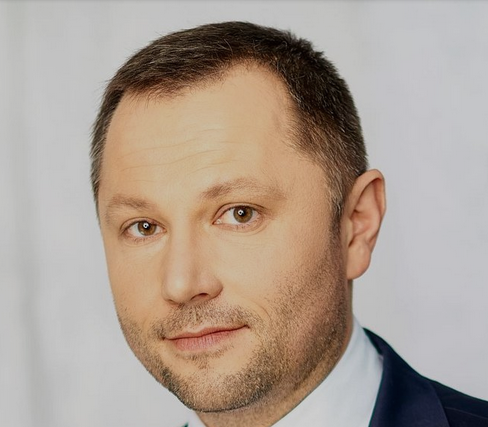 Total demand for offices in Warsaw during Q1 2019 was more than 140,000 sqm, around 750,000 sqm of space is under construction, tenant activity is expected to grow, and the market is waiting for spectacular projects to be finalized, summarized advisory firm JLL on the Warsaw office market in Q1 2019.

According to JLL data, new supply in Q1 2019 totalled more than 20,000 sq m in the shape of three buildings, the largest being Spark B by Skanska Property Poland. Some of the most notable projects scheduled for completion in 2019 are Mennica Legacy (by Golub GetHouse) and Chmielna 89 (by Cavatina). However, the market will be facing significant changes in the coming years.

“We are witnessing the transformation of Warsaw’s business skyline, which is mainly due to the construction of numerous office towers. Currently the market’s total under-construction volume of 750,000 sq m should be completed by 2021. Two of the most spectacular on-going developments are The Warsaw Hub, a mixed-use project that enjoys great interest among tenants, and Varso Place including its tower, which will be the tallest building in the EU,” said Tomasz Czuba, Head of Office Leasing, JLL.

Other projects that are being developed in Warsaw’s centre include Generation Park, Skyliner, and Warsaw Unit.

“What’s quite distinctive about the market at the moment is that the vast majority of under-construction projects are located in the central parts of the city, which may result in a lack of new products in non-central areas in the mid-term. This is why the planned infrastructure changes are so important. They aim to improve communication between particular parts of the city, which may, in turn, lead to the creation of new office locations in the capital. An example of this, is the planned construction of a new tram line from Zachodni station to the Wilanów district,” said Mateusz Polkowski, Head of Research and Consulting at JLL.

This year will once again be quite busy for flexible space providers. Some of them have expanded their presence in Warsaw in Q1 2019 such as Spaces in Centrum Marszałkowska and New Work in Wola Retro. Approximately 50,000 sqm of new flexible space is confirmed to open this year in Warsaw and this number looks set to increase. In terms of newcomers to the market, UMA Workspace may open its first centre this year, assuming the Chmielna 89 project is finished on time.

Demand – Warsaw market is accelerating, with Mokotów on the rise

Total demand for offices in Q1 2019 in Warsaw was more than 140,000 sqm, with the IT, services and public sectors responsible for a third of this figure. One of the most important announcements of the first three months was mBank’s decision to consolidate its Warsaw operations in roughly 40,000 sqm office space. This will be one of the most significant transactions for the Polish office market. It’s also worth noting increasing interest from public sector entities for leasing space in modern office buildings. The tenant activity in Warsaw is gaining momentum, and in the following months a number of high profile deals can be expected.

“In terms of the distribution of demand in Warsaw’s submarkets, Mokotów took the lead, with 41,000 sqm transacted. The first three months of this year confirmed the robust conditions of this office part of Warsaw and despite the weaker streak of recent years show great potential for further development in the future,” said Tomasz Czuba.

The vacancy rate remains at a low level of 9.1 percent in Warsaw (6.3 percent in central zones and 11.0 percent in non-central zones of the city). This reflects the high levels of demand for offices in the capital and means that large companies looking for new office space have to consider pre-let option in order to secure desired space. The vacancy rate in Warsaw fell by 1.7 p.p. y-o-y, with the biggest drop seen in Żwirki i Wigury corridor (9.6 p.p. y-o-y). 2019 should see Warsaw’s vacancy rate continue to fall.

Prime headline rents rose in the central areas of Warsaw, due to high demand, the low vacancy rate and increasing construction costs. Prime rents here are currently quoted at €17 to 24 sqm/ month, while prime assets located in the best non-central areas are €11 to 15 sqm/ month.