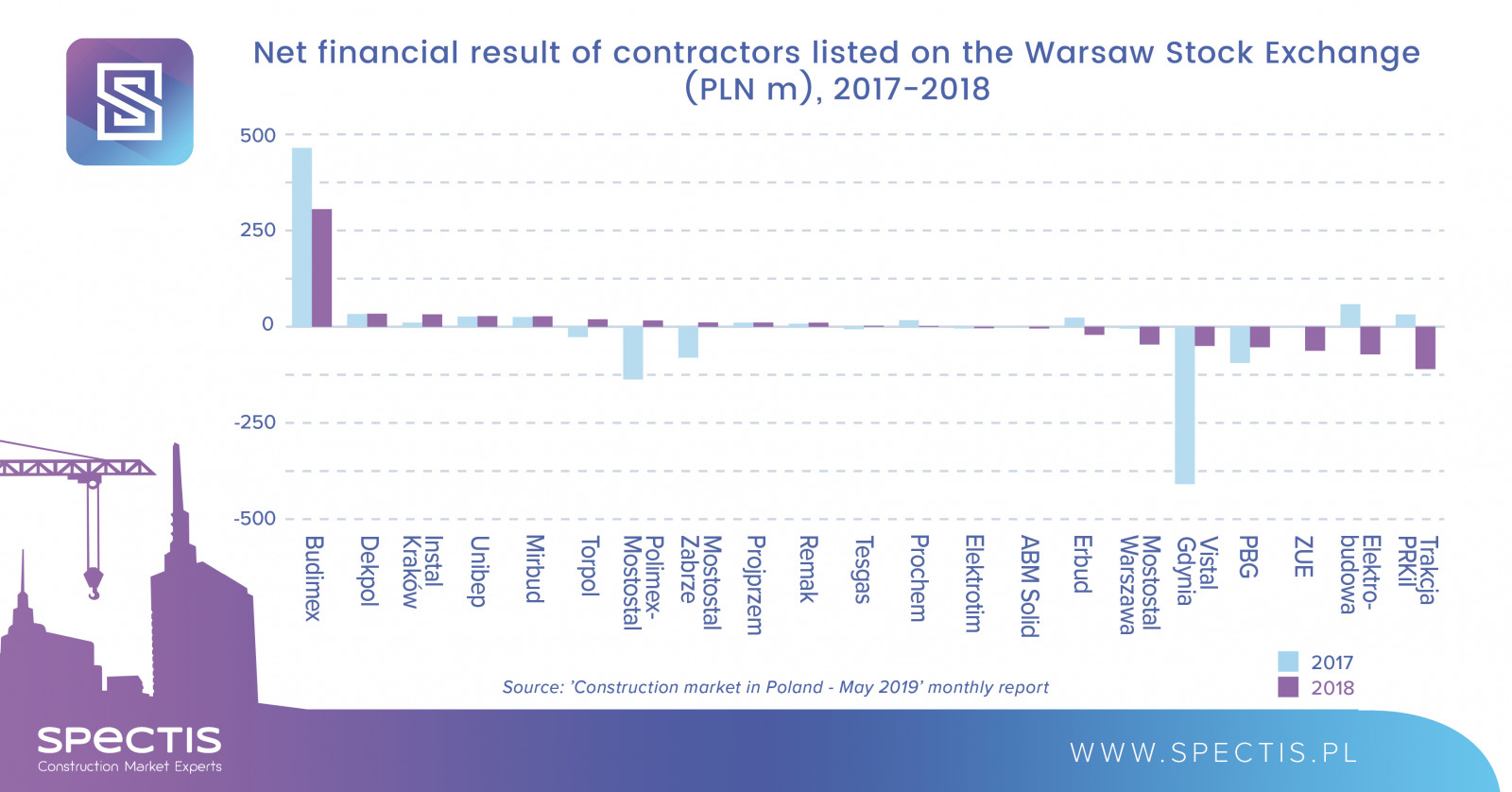 Aggregate revenue reported by more than 20 construction groups whose stock is listed on the Warsaw Stock Exchange grew by a nominal 9.8 percent in 2018, which is a meagre rise in real terms, given soaring prices of building materials and labour. Net financial performance of the listed construction companies also improved marginally, but the figure still pales in comparison to earnings achieved by property developers and suppliers of building materials and construction equipment.

The findings of “Construction market in Poland – May 2019”, the latest monthly report by research company Spectis, reveal that the aggregate net profit of construction groups whose stock is listed on the Warsaw Stock Exchange totalled PLN 40m (€9.4m) in 2018, compared to a net loss of PLN 82m (€19.2m) registered a year earlier. This practically means that after they had four consecutive quarters in the red, construction companies managed to show barely positive figures at the end of last year.

The improvement in terms of financial results was above all due to a one-off event, namely the fact that the Vistal Group, in company voluntary arrangement, posted a significantly lower net loss. Likewise, both Polimex-Mostostal and Mostostal Zabrze recorded strong profitability improvement. However, financial results delivered by Budimex, Trakcja PRKiI and Elektrobudowa deteriorated sharply.

The net financial result generated by the contracting companies in 2018 translates into the net return on sales of a mere 0.2%. Accordingly, within the broadly-defined construction and real estate sector, contractors remain the only group unable to achieve earnings from business operations. Profitability of the other two categories of companies, i.e. property developers and suppliers of building materials and construction equipment, remained stable, at 17.4 percent and 4.8 percent, respectively.

WSE-listed property developers which recorded significant improvement in terms of net financial performance during 2018 include Capital Park, LC Corp, Vantage Development and MLP Group. On the other hand, results delivered by Warimpex and Polnord deteriorated dramatically.