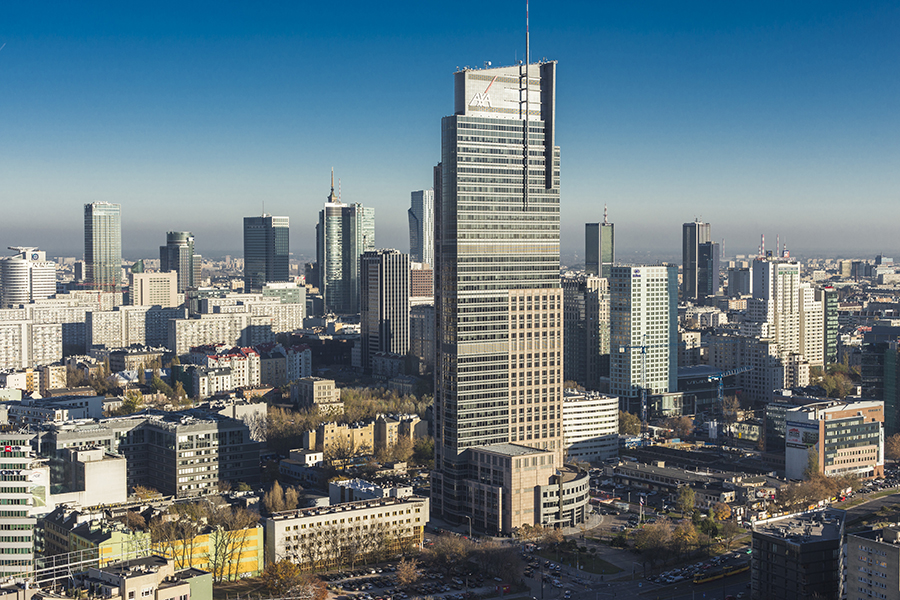 Warsaw Trade Tower is filling up. The skyscraper started the second half of 2017 by acquiring a new tenant. The new agreement covers 800 sqm and is already the fifth lease since the beginning of the year, which together amounted to more than 3,600 sqm of office space.

The company responsible for commercialisation of the building was the real estate service company Colliers International, which represented the owner of WTT: the Akron Investment Central Eastern Europe II fund and its asset manager: the Heitman company.

Warsaw Trade Tower’s owner — Akron Investment Central Eastern Europe II and its asset manager, Heitman — are optimistic beginning the second half of 2017. The newly signed lease agreement for nearly 800 sqm of office space is the first transaction in the third quarter of this year, and the fifth since the beginning of the year, with overall office space leased amounting to more than 3,600 sqm.

Over the past two quarters, as many as four companies have signed new lease contracts or extended old agreements for more than 2,800 sqm. The company responsible for the transaction on behalf of WTT’s owner was the real estate service company Colliers International, which is responsible for the commercialization of the building.

“Wola is changing and it’s quickly growing into Warsaw’s new business district,” said Izabela Kapil, vice president of Portfolio Management in Europe at Heitman. “We are delighted that, in spite of the emergence of new office buildings, tenants are still interested in high-rises, such as Warsaw Trade Tower.

“Our tenants appreciate the high standard of the building, its architecture and technical solutions. They also appreciate the efforts we make to assure that the skyscraper fulfils their expectations. The modernization of the facility, preceded by a survey among the people working in the building, allowed us to strengthen the position of WTT on the Warsaw real estate market.”

In the years 2015-2016 Warsaw Trade Tower underwent a thorough modernization and rebranding, the backbone of which was the concept of employee-wellbeing. Their scope was determined on the basis of conclusions drawn from a survey addressed to the users of the building.

As a result of the transformation, the skyscraper has gained a number of amenities that set the standards of modern office buildings. A free eco-friendly car-sharing service has been introduced, a common canteen and activity room have been provided, and the 35th floor of the skyscraper has been turned into an event space accessible primarily to tenants. All for the comfort of the employee.

“After signing the latest lease transaction on the 37th floor of the Warsaw Trade Tower, the occupancy level of the building has reached 90 percent,” said Sebastian Świstak, Senior Associate at Colliers. “This result is better than the market average in Warsaw, where the common vacancy rate is currently at 13.9 per cent. At this point we have yet to offer the two highest floors of the building: 38 and 39, each offering a unique view of Warsaw.”

Built in the late 90s, Warsaw Trade Tower was the first modern high-rise in Warsaw. The building not only became a symbol of quality and prestige, but has also set the direction for the future development of its neighbourhood. Located on the outskirts of Warsaw’s Central Business District, Wola has been changing its character from a forgotten industrial area into Warsaw’s new business heart for several years now.

The tenants are attracted by the proximity of the centre, which represents prestige, as well as extensive transport infrastructure enabling employees to reach work easily. According to estimates, in the next four years, the supply in this region may exceed 1 million sqm.

Tenants’ interest may lead in the future to the inclusion of this dynamically developing part of the city into the so-called Central Business District that has recently been expanded. At present, the CBD borders the avenues of Jana Pawła II and Solidarności and the streets of Krakowskie Przedmieście, Nowy Świat and Hoża.