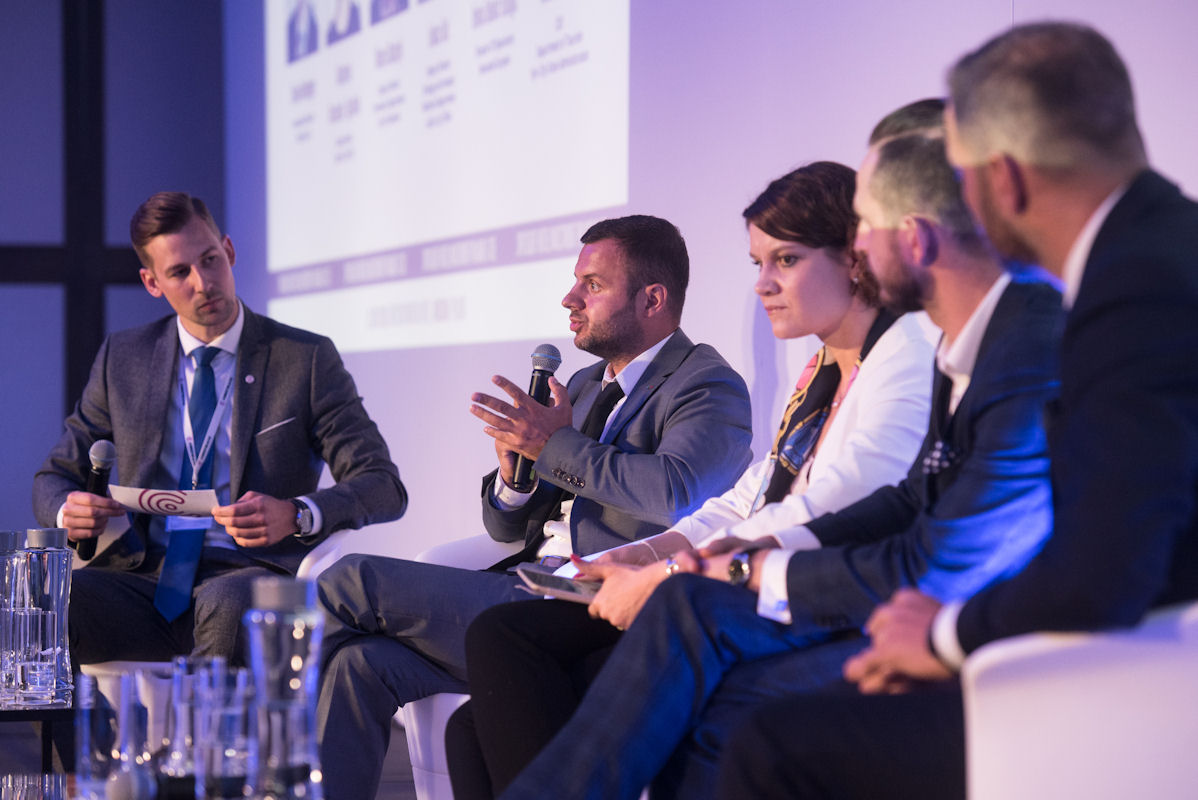 What is the future of hotel investments in the CEE region? – EuropaProperty

The fifth edition of the Spotlight Hotel Investment Poland & CEE conference is behind us. Heralded the most important event of the hotel investment industry in Central and Eastern Europe, a place for extensive exchange of experience and establishing cooperation. This year, conference participants faced questions about the future of the sector during thematic sessions: CEE Hotel Market Future, Construction & Development, Financing, City, Investment, Newcomers, Resorts, Revitalization, Trends in Hospitality, Design & Experience

The future of the hotel industry in the CEE region

According to Jakub Klimczak from STR, in 2018 Europe recorded an increase of 4.5 percent RevPAR. Similarly to last year, this year we see a large increase in occupancy especially in Eastern and Southern Europe, in cities such as Sofia, Budapest, Ljubljana, Bratislava and Bucharest.

“Poland in comparison to other Central and Eastern European countries is a very diversified, and hence a promising market due to the presence of large cities in individual regions,” said during his presentation Simon Kronberger, Associate Director with Christie & Co.

In this part of Europe, investors mainly pay attention to economic analysis and not to ambition visions. They look even more closely at the costs and returns on investment. At what point in the economic cycle we find ourselves? Will the crisis await us? These are the most important questions of the inaugural debate on the near future of the industry in the region. The panel leader David Nath from Cushman & Wakefield has no doubts “We are approaching the peak moment when it comes to growth.”

During the discussion on the investment strategies of their companies, representatives of the leading hotel groups expressed their opinions. “We are very pleased with our presence in Poland, but when it comes to new investments, we focus on the Czech Republic and Hungary,” said Chief Development Officer, Groupe du Louvre / Jin Jang Europe, Saurabh Chawla.

Laurent Bonnefous, Chief Development Officer at B & B Hotels added: “In the last 10 years, Poland has been a battlefield between hotel companies. Now it’s time for other countries.”

Belgrade appeared among the new desired locations. “It is a great city with great potential still undeveloped by the hotel market,” convinced Frank Reul, Head of Development at Orbis & AccorHotels Eastern Europe.

Not only individual countries of the CEE region enjoy a varied interest of investors. This situation also applies to cities in Poland and Central and Eastern Europe. In resorts such as Gdynia, Katowice, Lublin and Gliwice, the hotel market is still unstable and the demand is still growing.

“Expansion of the local airport in Gliwice (2018-2019), a sports and entertainment arena for 17,000 people commissioned just for use, or a planned interchange center are examples of projects that will affect the increase in demand for services offered by local hotels,” emphasized Marcin Łazowski, Municipal Office in Gliwice. Other cities in the CEE region, such as, for example, Kiev, face a completely different demand.

“The hotel base is developed, but we have a problem with occupancy. We would like to compete effectively with Krakow or Budapest and become a popular weekend destination,” emphasized Anton Taranenko, CEO, Tourism Department in Kiev.

Investments in resorts are also associated with many challenges, and the most important of them is the seasonality problem. “I think it is worth considering a combination of leisure functions with business to attract guests out of season,” advised Małgorzata Morek, development director responsible for the area of Poland and Eastern Europe in the Hilton chain.

According to the discussion participants, the most desirable locations in Poland for this type of investment are coastal towns and Zakopane. The exception was Adam Konieczny, Director of Development for Poland and Eastern Europe, Louvre Hotels Group. “Apart from the sea, we are interested in the Giant Mountains, which are much more accessible by car than in Zakopane,” he emphasized

The future of hotel investments

Are mixed-use projects the future of commercial real estate? This issue was devoted to the Construction & Development session, moderated by Katarzyna Tencze from Walter Herz. This scenario is predicted by Rafał Gierczak, General Director at LIM Joint Venture

“The advantage of this type of building is that they do not get empty about 17 or 18 with the end of work in offices. The building also lives after hours, and its functions complement each other,” he stressed. A similar view was expressed by Eric Agnello, CEO, RD bud: “Mixed-use projects are much more than just fashion, it’s the future of the real estate market. Based on the experience of our parent company – Rabot Dutilleul – in the implementation of this type of investment, we clearly see that these projects not only perfectly fit into the urban space, but also, in the era of chronic lack of time, are a response to the growing need for concentration of many functions in one place, while providing an open and inspiring space.” The advantage of mixed-use projects, indicated by the participants of the discussion, is also the fact that they allow diversifying the risk, which gives comfort to banks when granting financing.

The picture of the hotel market in the discussion on financing investments was extremely optimistic. Representatives of the banking sector and lawyers participating in this part of the conference pointed out that the indicators are so good that it is difficult to imagine a better situation.

“Today, everyone wants to finance hotels, and once it was a problem,” Agnieszka Kaczyńska from mLeasing pointed out. The discussion participants pointed out that the costs of financing are historically low, although a slight increase in interest rates is expected, which may be a certain risk alongside shortages in the labor market.

Does investing alone in the CEE region carry a risk? Agata Janda, Associate Director, Head of Hotel Advisory, JLL asked the participants of the Investment session about it. Bumjoo Maclennan from Invesco Real Estate praised Poland “It is more transparent than other countries in the region. We perceive Warsaw and Kraków as stable cities that are not open to business cycles.” It was followed by Fred Patet, Manager Transactions Hotel & Leisure Division, Principal Real Estate Europe “Germany, France, the Benelux countries are overheated markets. We enter the cities of Krakow and Warsaw without fear.” However, Dr Alexander Klafsky, Managing Partner from FLE, pointed out some risk “The German market is still more transparent than the Polish, but the higher risk is the greater the profit if successful.”

Participants of the Newcomers session, representatives of Barcelo Hotels & Resorts, Zoku, Meininger Hotels, Dream Hotel Group, Fraser Hospitality are interested in the market and the CEE market. “We focus primarily on capital cities. We would also like to start our presence in Poland as the capital,” said Eduard de Gispert, Director of EMEA Expansion of Barcelo Hotels & Resorts. The Meininger Hotels network is primarily interested in Belgrade, Bucharest, Warsaw and Krakow.

What trends on the hospitality market can we expect in the next 5 years? Maximilian E. Paul, Consultant Advisory & Valuation Services, Christie & Co emphasized that a very important trend will be sustainable development and broadly understood technology, including artificial intelligence, the Internet of Things and digital planning. Hotel chains already recognize the need for a wide use of new technologies. During her presentation, Saija Kekkonen, Managing Director, Finland, Baltics, Poland & Russia showed participants how the Best Western network, distinguished in the Fast Company ranking as one of the most innovative companies in the AR / VR category, uses VR technology.

The new hotel concepts, such as Zoku, offering space to live, work and spend time together with people from different cultures and Good Hotel, which puts social responsibility as the basis of the business model, are also a strong trend on the market.

A unique trend on the hotel market, which may turn out to be the future of building hotel brands is revitalization. “We, as Orange Polska, have been interested in historical or post-industrial facilities for a long time. For us, this is a chance to use. We offer a lot of real estate to revitalize. An investor who chooses a hotel in such a place will receive measurable benefits. Such facilities stand out from the others and are well communicated,” said Mariusz Bak, Director of Real Estate Trade, Orange Polska. The “Revitalization” session, co-organized by the initiative of the Second Life of Buildings, confirmed that hotels increasingly want to use the existing buildings for their activities, however, it involves many challenges.

The 5th edition of Spotlight Hotel Investment Poland & CEE confirmed that Poland and Central and Eastern Europe are still enjoying unflagging interest on the side of investors and hotel chains. The diversity of individual markets in the region, the diversity of CEE cities, the wide availability of financing, as well as new hotel concepts and the increasing use of new technologies, make the hotel investment landscape change rapidly.