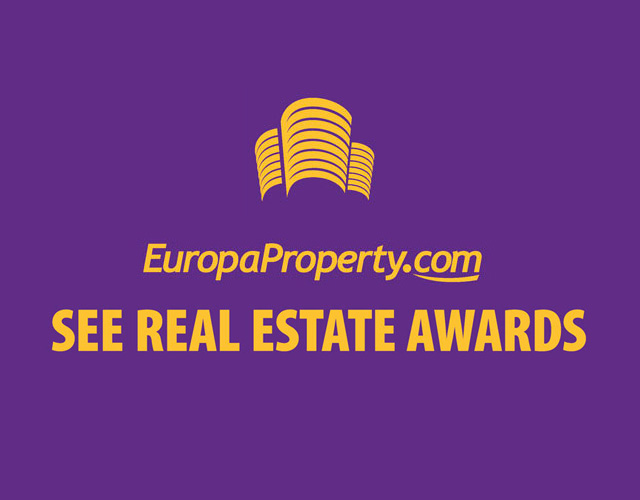 EuropaProperty has successfully completed its 10th annual SEE Real Estate Awards at the Radisson BLU Hotel in Bucharest, Romania. The awards gala was heralded as a great success and was well received by all winners and their guests. For more “trending details” on Twitter please follow #SEEAwards.

The 10th annual SEE Real Estate Awards for 2014 was held in front of a large and enthusiastic crowd . The event brought together some of the region’s top real estate developers, investors and market professionals who were there to see who would collect the 29 prizes that were handed out over the course of the evening.

Company of the Year awards were presented to the leading developer, investor and professional service providers in South Eastern Europe for their activities and accomplishments during 2014. Companies were judged on their overall market contribution, quality of customer services, market innovation, commercial success, leadership and market penetration.

The quality and number of nominated projects for this year’s event suggested an underlying strength to the region’s property markets, resulting in many companies winning multiple awards. The biggest of which was Immochan Imobiliare . The retail developer shone the brightest on the evening picking up three awards including Retail Developer of the Year, Overall Company of the Year and Professional of the Year for their very own Managing Director Tatian Diaconu.

Developer AFI Europe scooped up a couple of prizes for their AFI Park buildings 2 and 3 including Office Development of the Year and Overall Project of the Year. Skanska was also a big office sector winner during the evening. Not only did the Swedish-based company win the Office Developer of the Year, it also picked up the Green Building of the Year for Green Court Bucharest.

Portuguese developer Sonae Sierra and Irish concern Caelum Development won the inaugural Concept & Design Project of the Year for their shopping centre in Bucharest, ParkLake. The highly praised Mercure Hotel by the Accor Group won Hotel Development of the Year.

This year’s Overall Professional Woman of the Year went to Gabriela Dragulin, Head of the Real Estate Financing Department at UniCredit Tiriac Bank/UniCredit Group in Romania. UniCredit was also awarded Bank of the Year. Meanwhile, NEPI and Raiffeisen Evolution picked up the award for Investment Deal of the Year for Promenada Mall.

On the agency side international property advisers CBRE collected a hat trick of awards including Office, Retail and Warehousing Agency of the Year. JLL picked up the award for Investment Agency of the Year, largely in response to its closing of the Promenada Mall deal to NEPI. Coldwell Banker took home the prize for Residential Agency of the Year.