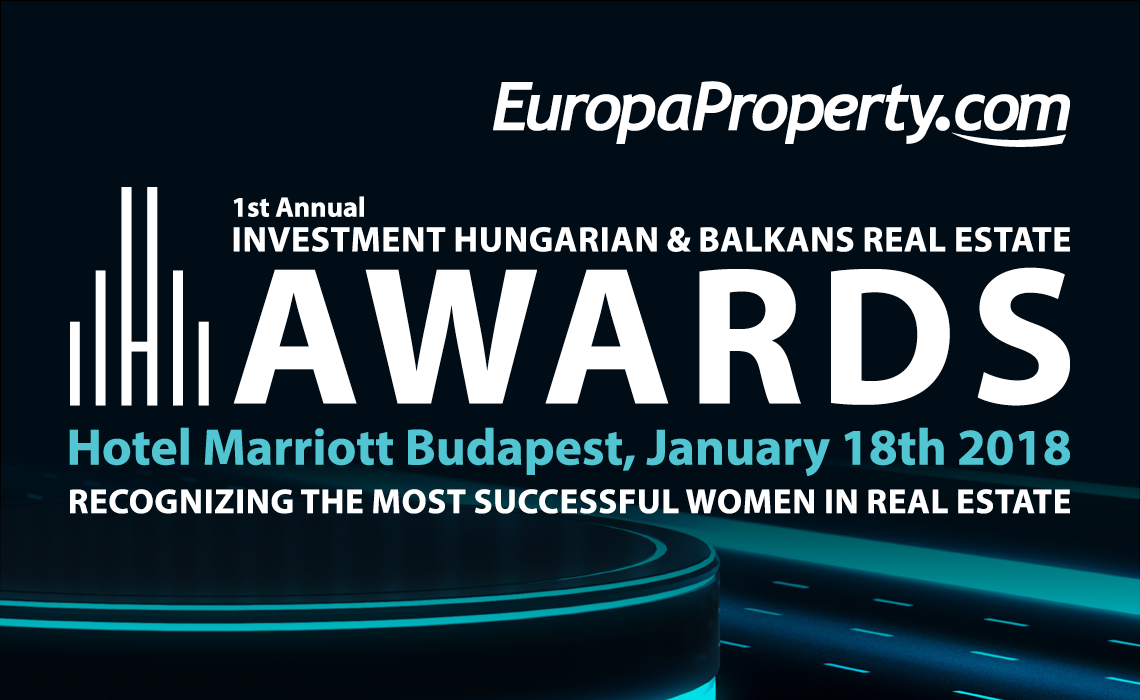 EuropaProperty has successfully completed its 1st annual Hungarian & Balkans Real Estate Awards at the Marriott Budapest Hotel in Budapest. The awards gala was a great success and was well received by all winners and their guests.

The quality and number of nominations for this inaugural event suggested an underlying, and growing confidence in the region’s property markets.

Project of the Year award winners were rated according to quality of design, building efficiency, quality of location, environmental concerns and commercial success.

This year’s Overall Professional of the Year went to Stefan Lojovic from Bluehouse Capital. The Investment Deal of the Year Award went to DEREIF SICAV-FIS (DEVK Insurance Group) for its acquisition of the Eiffel Palace project in Hungary. Meanwhile, Europa Capital picked up the award for Investor of the Year, largely for its successful exit and de-investment from Hungary.

Major winners for the company awards included CBRE, which collected two awards, one for Agency of the Year and another for Property Management Firm of the Year. TriGranit walked away with the Retail Developer of the Year award and GTC was deemed the best Office Developer.

Company of the Year awards were presented to the leading companies in the region for their activities and accomplishments during 2017. Companies were judged on their overall market contribution, quality of customer services, market innovation, commercial success, leadership and market penetration.

Accentuating the interest in the region’s retail sector, a few key retailers were shortlisted. The eventual winner of the Retailer of the Year award went to F&B retailer Vapiano. The Retailer of the Year award was given to the most active retailer throughout the region based on their market innovation, expansion, contribution to the market, market share, concept and design, and commercial success.

On behalf of our sponsors, judges and attendees, we offer our congratulations to all the winners. Foundations are already in place for next year’s event, which promises to be even bigger.

Retailer of the Year
Vapiano

Company of the Year
Horizon Development