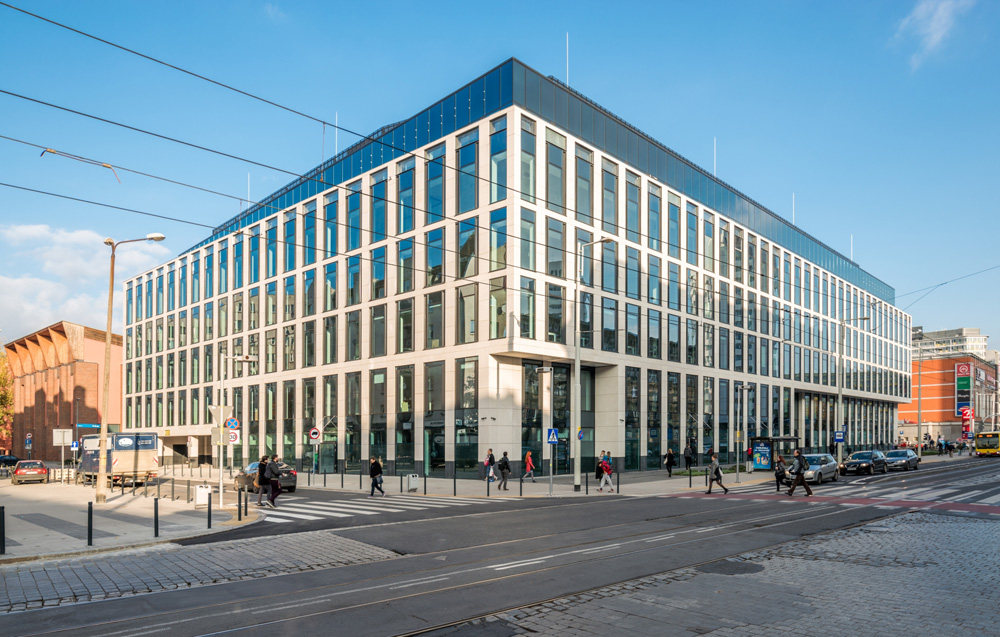 The office market in Wrocław noticed record high new supply and a historically high level of demand. And the pace of development of the capital city of Lower Silesia will also continue to be high. By the end of 2018, office stock in Wrocław is expected to exceed 1 million sqm, according to latest report prepared by real estate advisor Savills.

According to the “Market in Minutes – Wrocław offices 2017” report prepared by real estate advisor Savills, 139,100 sqm of office space was delivered in Wrocław in 2016. The result is 57 percent above the 2015 level and more than double the amount seen in 2014. The largest project completed last year was the first phase of Business Garden Wrocław (36,600 sqm).

The level of demand in 2016 when 124,500 sqm was leased, was the highest in the history of the office market in Wrocław. Ca. 40 percent of the total letting activity took the form of pre-lease agreements, signed for office space in projects that are under construction or for which construction works have yet to start. The largest lease agreements in 2016 include a lease renewal/renegotiation of Credit Suisse in Grunwaldzki Center (10,800 sqm) and a pre-lease agreement of BNY MELLON in Sagittarius Business House (10,500 sqm).

Prime headline rents for the office space in Wrocław are now in the range of €13.00 – 15.00 per sqm/month and have decreased slightly in comparison to the previous year. Landlords are offering incentives in order to attract tenants, thus effective rents are ca. 15 – 20 percent lower than headline rents.

Wrocław is the third largest office market in Poland, after Warsaw and Kraków. However, office space per capita is higher in Wrocław than in Kraków. The capital city of Lower Silesia is one of the most business-friendly environments in Poland. Wrocław has a strong position especially in the new technology and business services sectors. The city also has the highest level of English proficiency in Poland, thus many companies are willing to locate their R&D centres there.

“Wrocław is a very important location on the office map of Poland,” said Tomasz Buras, Head of Poland, Savills. “With a large and growing supply of modern office space and a well-educated and highly qualified workforce, the city keeps attracting new companies. Wrocław was chosen by global IT companies such as: HP, IBM, Luxoft, Nokia and Opera Software.”