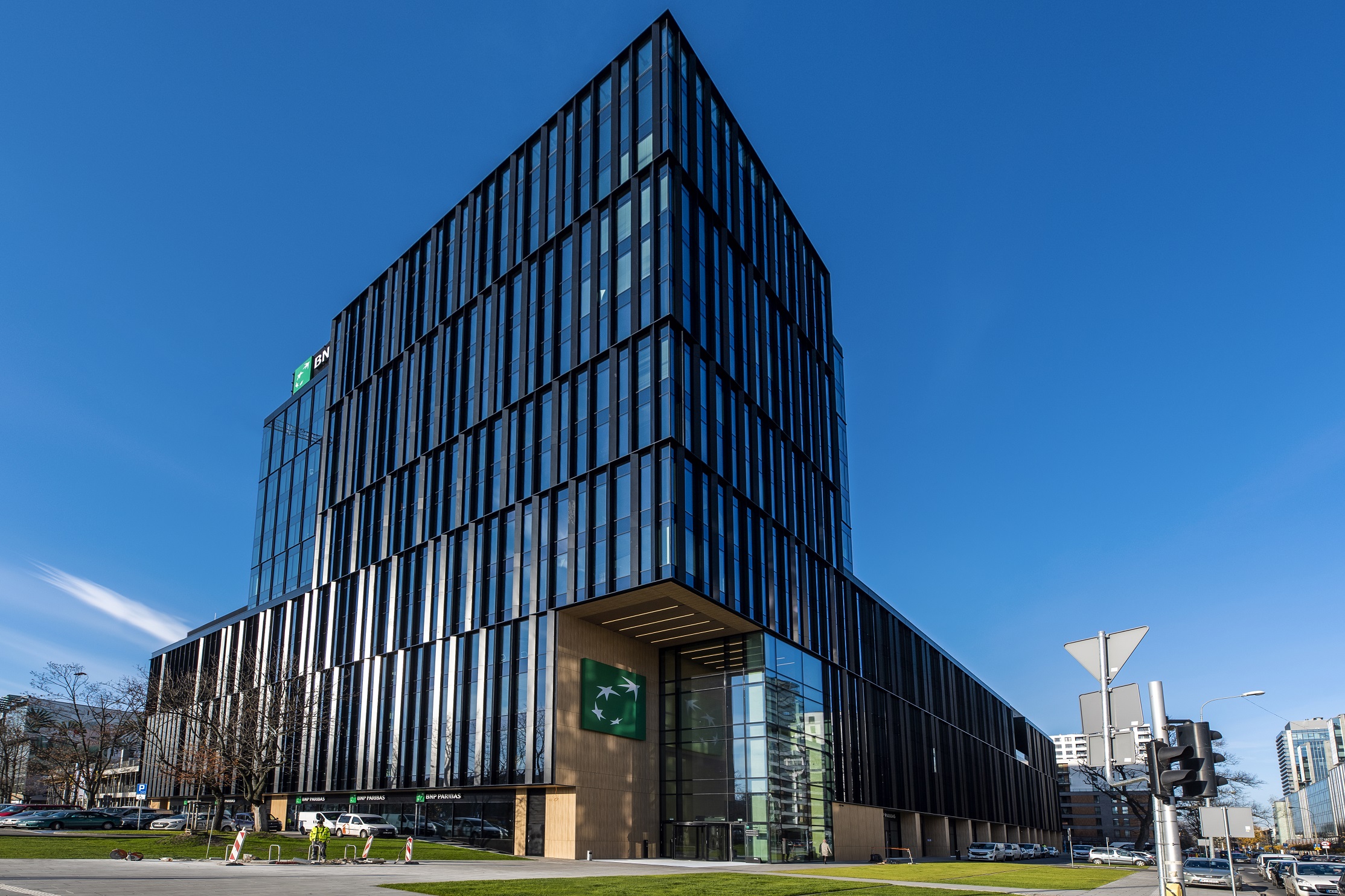 Yareal closed the final agreement for the sale of the first phase the LIXA complex, which opened its doors to tenants in November. This first stage of the investment was purchased by Hana Investment Co. Ltd, a South Korean consortium represented by Commerz Real. The agreement covers two separate buildings with a total area of 28,000 sqm as well as 410 parking spaces in underground garages. The complex’s primary tenant is BNP Paribas, whose new headquarters will occupy the entirety of the office space in LIXA’s largest building. A smaller building will welcome even more tenants soon, including the Solenis company and Yareal itself, as the latter will be moving its headquarters to its flagship investment located by Warsaw’s Daszyńskiego Roundabout.

The buildings purchased by the South Korean consortium have already opened to their tenants. BNP Paribas is currently moving into the larger of the two, where it will occupy 22,000 sqm of office space. The lease agreement for the bank’s headquarters was one of the largest transactions to ever take place on the Polish market.

“Another building with an area of 20,000 sqm is currently being developed as part of the project’s second phase. Upon its completion in 2022, a garden-like courtyard will be created in the middle of the complex which will provide tenants with access to over 3,200 sqm of green spaces. Recreation areas with trees, shrubs and lawns will create a friendly and natural environment – one which is sorely missing in the area around Daszyńskiego Roundabout. Moreover, these buildings will only be 6 stories high and will feature terraces and openable windows. These are definitely the LIXA complex’s greatest assets. Buildings from the project’s remaining stages will be constructed on the other side of a 150-meter-long inner walkway which will form the main axis of the complex,” explains Eric Dapoigny, President of Yareal Polska.

A similar solution was adopted by Yareal in a different office investment – Nowogrodzka Square – which was named Best Commercial Building and also won the Grand Prix in the 2019 Architectural Prize of the Mayor of Warsaw competition. In addition to the building that is currently under construction at the LIXA complex, another two office buildings will be erected by the project’s main walkway, creating a convenient link between Kasprzaka and Giełdowa Streets with green terraces and an open garden. As a result, the complex will ultimately offer over half a hectare of green areas – in addition to a total 75,000 sqm of office and retail space.

LIXA’s architectural plan, which covers an entire city block, combines innovation with traditional pre-war modernist architecture and will surely transform the landscape of Warsaw’s new business centre. Yareal’s flagship investment is located nearby one of Warsaw’s new second metro line stations – Rondo Daszyńskiego – providing employees with easy access to the city’s public transport routes. Its campus-like character, combined with the functionality of its buildings and shared spaces, makes it an attractive alternative to other high-rises in the area.

The LIXA project will be awarded a BREEAM certificate for sustainable building, thus confirming the effectiveness of the complex’s numerous eco-friendly solutions. Yareal’s flagship office investment is to receive an “Excellent” rating on its BREEAM certification.