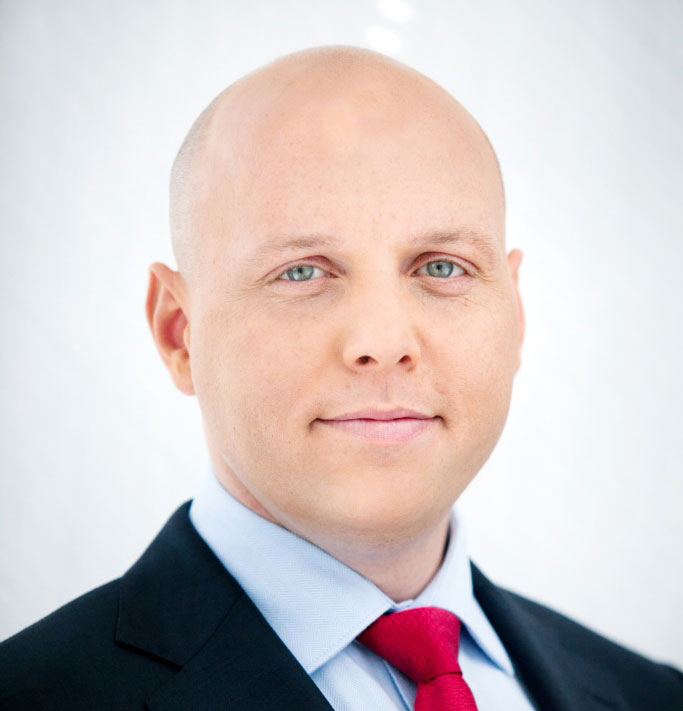 In Central Europe there is now almost 18 million sqm of modern industrial space for leasing, while ten years ago that figure was just 4.6 million sqm. This volume is approaching the same levels as large Western European markets such as Germany, which currently has around 22 million sqm. These are the findings of Cushman & Wakefield’s Central European Industrial Team.

“This is a strong decade for industrial property. The industrial sector in Central Europe is backed by above-average GDP growth – ten years ago the average for Central European countries was approximately 52 percent of the EU average, but now it’s 68 percent. Central Europe has made great progress and is set to grow further,” said Ferdinand Hlobil, Head of the Central European Industrial Team at Cushman & Wakefield.

Vacancy for industrial property in Central Europe is now less than 8 per cent, and an inflow of new tenants has resulted in demand for new development. Five years ago vacant space accounted for approximately 15 percent, while in 2005 it was a little over 9 per cent.

“Vacancy reflects the economy: the lower this indicator, the better the economy is doing. Falling vacancy indicates rising demand for leasing industrial property. Hungary has made the most progress over the last twelve months, with the vacancy rate dropping by 6 percent. Slovakia has maintained the lowest vacancy rate, currently slightly over 3 percent,” said Ferdinand Hlobil.

“The vacancy rate fell by approximately 4 percentage points to 6.8 percent which is the lowest vacancy level recorded in Poland since the economic crisis. Modern existing space is being absorbed across the country due to high tenant demand which has led to new phases being commenced on existing land banks but also resulted in developers acquiring new sites for future construction in the core industrial sub-markets such as Poznan, Upper and Lower Silesia but also in new and emerging locations such as Lublin, Rzeszow and Szczecin where there is enough critical mass to justify further development of modern industrial and logistics facilities,” said Tom Listowski, Partner, Head of Industrial Department & CEE Corporate Relations, Cushman & Wakefield Poland.

In 2014 the take-up volume rose to 4.4 million sqm, approximately half a million sqm more than the record set in the previous year. Over the long term three-quarters of all leasing – calculated as the number of square metres leased – has been in Poland and the Czech Republic, with the remaining quarter in Hungary, Slovakia and Romania. We expect this ratio will be maintained for some time to come.

Poland again dominated the CE industrial occupancy market in 2014. In Q4 alone, over 860,000 sqm of space was leased in Poland bring the year-end total to a record breaking 2.36 million sqm of which 60 percent were new lease agreements. This is a very positive sign and also clear indication of the attractiveness of Poland for occupiers who can easily service multiple markets from one location.

“The industrial property market in Central Europe is already fairly large, and it doesn’t need more unlimited expansion. We anticipate that in the longer term construction may collide with municipalities’ plans, which will favour revitalising built-up areas. New development will be therefore more deliberate,” said Ferdinand Hlobil.

In the coming years new annual construction in Central Europe is forecast to be between 750,000 and 1,250,000 sqm. Hungary, Romania and Slovakia have relatively large potential for development; in the past they saw less building, and the stock of industrial parks for leasing is lower than in Poland and the Czech Republic.

“For example if we compare Hungary and the Czech Republic, then both countries have roughly the same population, but in Hungary there is less than 2 million sqm of industrial space for leasing, while in the Czech Republic the figure is almost 5 million sqm. And the Hungarian market is becoming livelier as new developers home in on the country,” said Ferdinand Hlobil.

“It is expected that 2015 will again be a very strong year for the industrial and logistics market in Poland. With high levels of tenant demand to continue, developer activity is expected to follow suit, not only in existing and established sub markets but also in new locations. With such a low vacancy rate at the moment we can expect some speculative development to take place in core sub markets and more build to suit projects in secondary and tertiary locations due to limited stock availability,” said Tom Listowski.

The industrial properties were extremely attractive also for the investors; in the CE region they invested €1.85 billion in 2014. However, the investment sector offers room for change. In Central Europe industrial property is almost exclusively owned by foreign developers and funds. Local real estate pension funds are not particularly well established in Central Europe at present, and we see room for growth here.