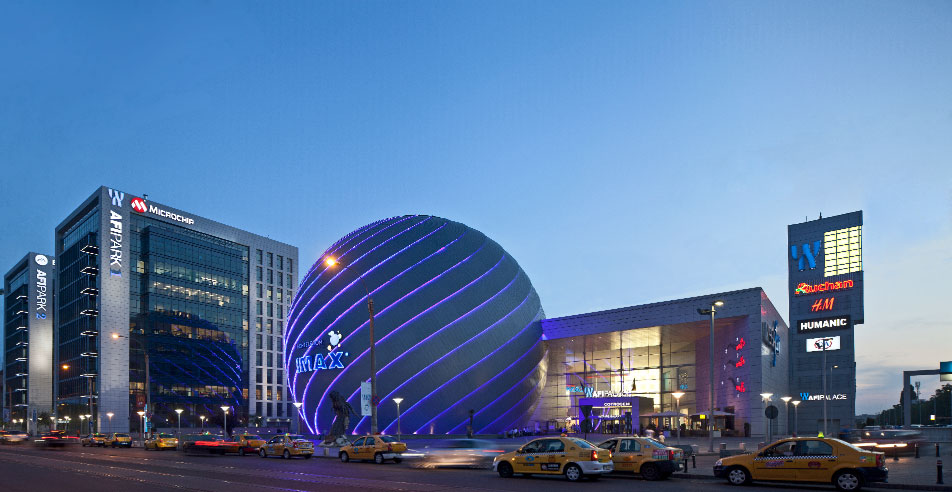 Currently, AFI Properties through its subsidiaries is developing 75,000 sqm of offices (32,000 sqm in AFI Park 4&5 in Bucharest) and 575 residential units in addition to several hundreds of thousands of sqm which are currently in design phase.

Total value of the completed projects, shopping malls AFI Palace Cotroceni and AFI Palace Ploiesti and the first 3 office buildings of AFI Park, increased to close to €600 million, as of September 30, 2015.

The shopping mall was valued as of September 30, 2015 at €434 million, representing an increase of 8.2 percent compared to last year.

AFI Palace Cotroceni retailer’s sales (Turn-Over) excluding the hypermarket increased by 7.3 percent in Q3 and by 7.4 percent in the first 9 months of 2015, compared to the same periods in 2014.

AFI Palace Ploiesti results show significant increase in retailer’s sales (Turn-Over) which was increased in Q3, 2015 by 28 percent and by 23 percent in the first 9 months of 2015, compared to the same periods in 2014. Current occupancy rate of the shopping mall in Ploiesti exceeds 99 percent.

“AFI Europe Romania has concluded Q3 and the first 9 months of 2015 with excellent operational and financial results as shown by the growth in NOI (Net Operating Income) of our income generating assets in Romania by 8.2 percent and by the valuation of our existing assets, 2 shopping malls and 3 office buildings, rising to a value close to €600 million. Currently the portfolio in Romania consists of 150,000 sqm of leasable areas with an average occupancy rate in all income producing assets of over 98 percent. Additional 32,000 sqm of GLA are to be added to the portfolio upon the completion of AFI Park 4&5 in January 2016. The good financial results coupled with positive microeconomic numbers of Romania encourage us to start more projects during next year such as: The new shopping Mall to be developed in Brasov (45,000 sqm GLA) and the Office Park to be developed on Progresului Boulevard in Bucharest (50,000 sqm GLA), which are planned to commence construction in 2016,” commented David Hay, CEO AFI Europe. Romania.