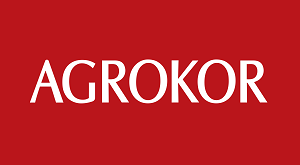 Croatian conglomerate Agrokor announced that it has arranged a new financial agreement with its creditors, signing a EUR 480 million loan deal.

The loan includes EUR 80 million that will be given to Agrokor by domestic banks in April. On top of this, an additional EUR 50 million commodity loan will go to suppliers.

As stated in the company’s press release, the total credit amount is EUR 1,060 million, of which the new credit is EUR 530 million and the remaining amount is meant to refinance old debt.

“Total financing in the amount of EUR 480 million is structured as a long-term loan, and the key conditions are 1:1 refinancing of the lenders’ debt which had occurred before the initiation of a extraordinary administration procedure,” reads Agrokor’s statement.

Agrokor’s new loan will be secured by the bondholders headed by Knighthead Capital Management. Most of the new financing will be used to complete preparations for the upcoming season and to ensure the continuation of regular business operations of Agrokor member companies.