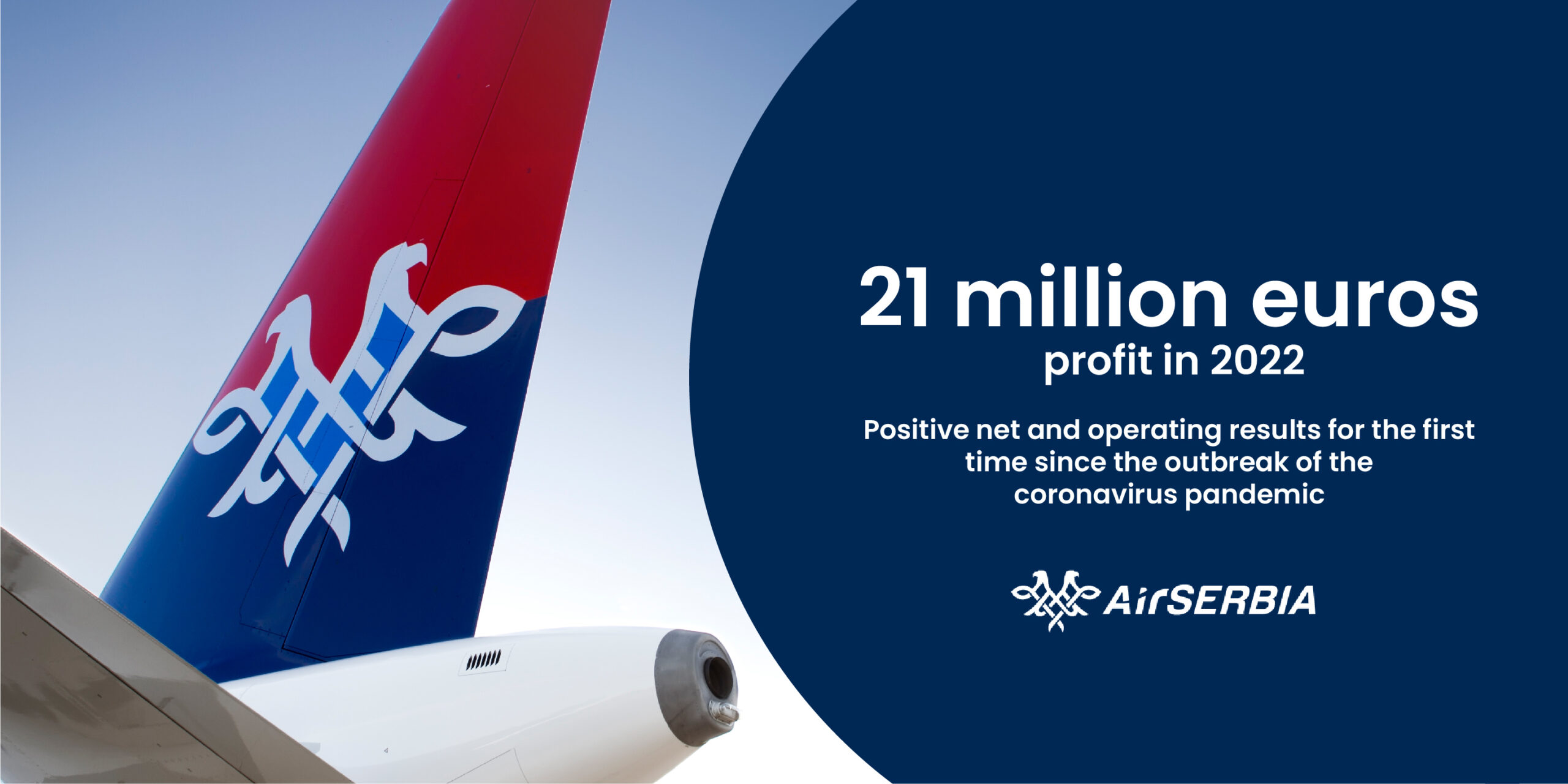 According to preliminary results, Air Serbia posted a positive net and operating result in 2022, for the first time since the coronavirus pandemic broke out, achieving a profit of €21 million, without a single euro coming from government subsidies. The good preliminary financial result was achieved thanks to efficient operations and business consolidation measures that were carried out during the pandemic, as well as a big network expansion, a traffic volume increase of around 60 percent year-over-year, a general rise in demand since spring 2022 and the easing of travel restrictions which were in force up to then.

“I am immensely happy with the good financial result achieved last year, which is already visible because this is the real indicator of our company’s ability to react quickly and recognize opportunities for recovery and growth. This result comes after two extremely difficult years, not only for our company but for the entire commercial aviation sector globally. I am especially pleased that we are entering our milestone 10th year since Air Serbia was established in the best way possible, and we have ambitious plans for this year, some of which we have already announced,” said Air Serbia CEO Jiri Marek. He added that “in the coming days, Air Serbia plans to publish its operating results for 2022, but we can already say that last year, the Serbian national airline came 2 percent away from the record-setting passenger numbers achieved in 2019, which is one of the best results in Europe, looking at this parameter.”

In October 2013, the inaugural flight operated by Airbus A319 named after Novak Đoković marked the new beginning for the company, under a new brand and name – Air Serbia. During the initial transformation period which lasted six years, from 2013-2018, former Jat Airways which was barely sustainably transformed into Air Serbia, an airline with a fully renewed fleet, expanded network of destinations, new efficient operating processes and modern systems. Since 2019, when the airline posted record-setting results thanks to the good foundations that had been set earlier, it entered a period of growth, which was temporarily halted by the coronavirus pandemic. In 2021, a period of recovery has begun, allowing the company to once again start posting record-breaking results in 2022, creating room for further growth in the coming years.