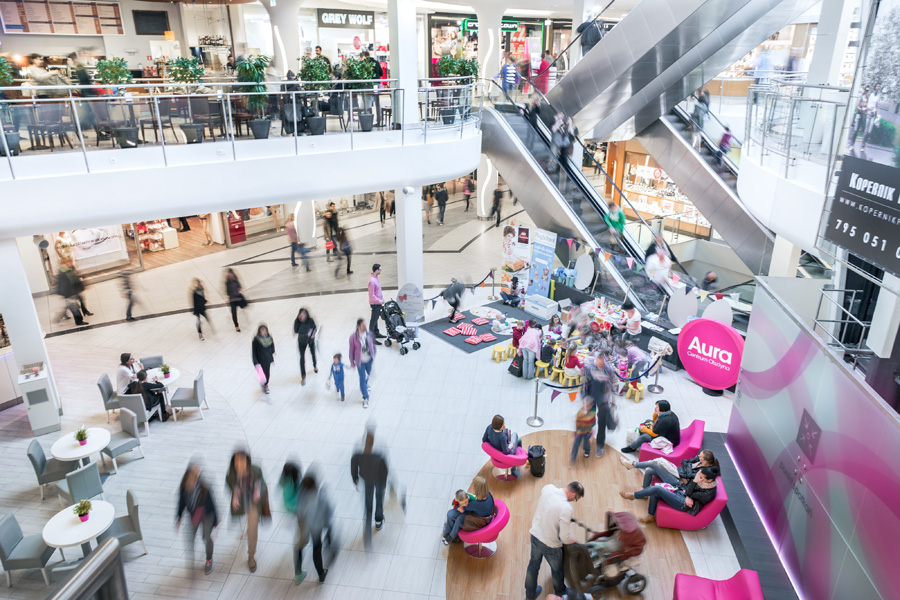 This autumn the offer of the Aura Centrum shopping centre in Olsztyn will be extended by 5 new restaurants that will be situated in the newly created food court. The project of the reconfiguration of the centre’s ground floor has just received the permission for the construction works. Currently, a tender is being held for a general contractor.

The main atrium of the Aura Centrum shopping centre in Olsztyn will undergo reconstruction with the aim to separate the food court. With the reorganization of the ground floor five new restaurants will be created. The new food court will complement the leisure offer of the centre that until now has been formed by the only Helios cinema in Olsztyn, the coffee shops and the restaurants situated on the other floors. The modernization works will last from June till the end of October.

“The extension of the food offer is a project that we have been preparing to for a longer time. At the same time, it is the last element of the long-term revitalisation plan of the shopping centre that we initiated in 2013, starting with the successful modernization, the re-commercialisation and the rebranding of the centre. The modern and specially separated food court will increase the value of Aura both in the eyes of the customers and the tenants,” said Stuart Lang, the Director at Balmain Asset Management.

Balmain Asset Management, the company which is responsible for the commercialization of Aura Centrum, finalized the lease agreements with the Olimp chain restaurant that serves self service weighed food and with the Asia Hung Asian restaurant. The new tenants will occupy the areas of 70 and 60 sqm accordingly. The next lease agreements in the new food court are in the process of negotiations.

“Due to its location, in the centre of the city, close to the local offices and institutions, Aura fulfils an important role in the life of the inhabitants of Olsztyn as it often serves as a meeting place for them. The extended food court is the answer to the needs of our customers and we are convinced that the rich and varied offer of the food court will meet with the recognition of all those who visit our centre,” said Anna Gospodarek, the Director of Aura Centrum.

The new restaurant part at Aura Centrum is designed to create a welcoming and intimate eating environment as the focus of the mall’s central atrium. It will provide a refuge of natural materials and earthy, warm colours in the heart of Aura’s bright modernity, encouraging customers to linger. The new food curt at Aura Centrum has been designed by the Vsf-creative company with extensive experience in the field of retail and retail-led architecture, with Paul Ayre being the leader of the project.