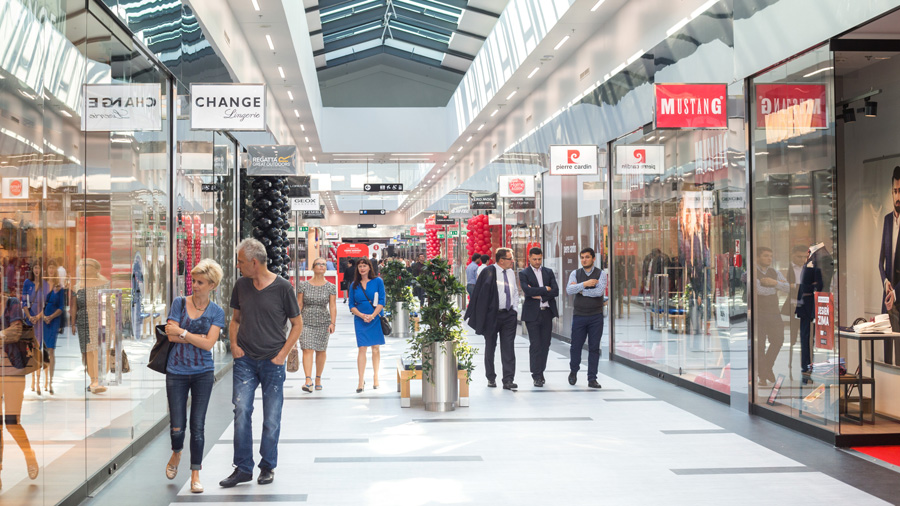 A record 185 new retail brands have entered five Central and Eastern European (CEE) countries, opening up a total of 550 stores in 2014 and 2015, with plans for another 75 openings in the next 12 months, reveals new research from CBRE, “How Active is the CEE Retail Market.”

When selecting a destination for their first store opening, 82 percent of retailers select prime locations 77 percent choose shopping centres, and 78 percent opt for a capital city. The second option for retailers, especially those in Luxury and Business sector, is to opt for High Street or Shopping Galleries as the first location.

While capital cities are clearly a favourite, doesn’t mean that regional cities are ignored – Poland, with its extensive high-quality regional retail stock, attracts up to 40 percent of new comers into regional locations- the highest penetration rate in regional areas out of all core CEE countries. In other countries the range is from 5 to 20 percent. Some of the most attractive regional cities are: Łódz, Wrocław, Poznan in Poland, Timișoara, Iași, Ploiești in Romania, Košice in Slovakia and Debrecen in Hungary.

Romania attracted the highest number of new brands (34 percent), followed by Poland (25 percent). Czech Republic is “the destination” within CEE for luxury tenants – half of new entries from this segment chose Prague as first entry point. Hungary is the target for Coffee & Restaurants outlets, especially from the fast food industry and while Slovak consumers are fashion oriented, the majority of new brands are from the midrange fashion category.

Walter Wölfler, Senior Director, Head of Retail CEE, commented: “Looking ahead we expect to see more international brands attracted to the CEE region as a future retail destination. This will be largely due to strong macro-economic indicators, an increase in consumer spending, quality retail space and income availability for purchases. In terms of type of retailers and type of operation, the existing patterns will mostly continue in the coming period – fashion brands, franchisees, and European names will lead the expansion model in CEE.”

Despite the negative economic conditions in 2015 new retail chains continue to show interest in the Russian retail market. 29 new international retailers opened their first stores in the Russian regions during 2013-2015, such as Polo Ralph Lauren, Violetta by Mango, Euroshop, Saint James, Pimkie, L´Agent by L´Agent Provocateur and others. This choice is mainly due to lower rental rates, comparable level of quality supply and high purchasing power. During the last three years, new international retailers have entered the Russian market in Barnaul, Krasnodar, Kazan, Novosibirsk and others.

Michael Rogozhin, Managing director of Retail Department, CBRE in Russia, said: “If geo-political and economic conditions improve in 2016-2018, new international retail chains will continue to enter the market and develop. By the end of 2015 commercial terms for tenants significantly improved compared to the pre-crisis situation. For example, some retailers managed to change the principle of rent mechanism from the fixed rent to the share of turnover or switch dollar rates into rubles. Moreover, the amount of available alternative locations to place a shop has significantly increased, partly due to the openings of new retail schemes. It is likely that commercial terms in 2016-2017 will remain favourable for tenants, at least, during 2016, fuelled by still high vacancy rate in the Moscow shopping centres. This might provide quite a strong incentive for new retail players, despite the rather weak consumer demand.”