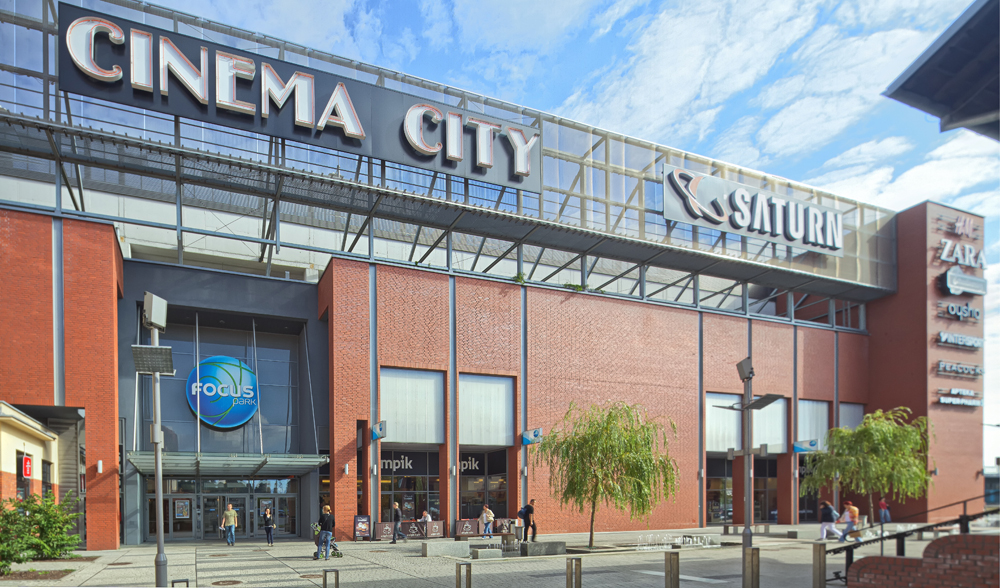 Positive economic indicators in addition to the increasing availability of debt is attracting an increasingly diverse number of international investors to CEE. Encouragingly, notable recoveries in investment volume have been recorded in Hungary and Romania. However, European institutional investment funds are still focusing on Poland and the Czech Republic.

“In 2013 75 percent of the ten biggest deals consisted of money from Europe. However, in 2014 a lower percentage is from Europe and more is from US capital. In Poland 50 percent of total volume has been in ten deals involving Deutsche Asset Wealth Management, Starwood Capital, Segro, Blackstone, WP Carey, Resolution/ECE, Deka and CBRE GI,” commented Mike Atwell, Head of CEE Capital Markets at CBRE on investors currently active in CEE.

According to CBRE, Poland is the fourth most attractive country in Europe for investment after the UK, Germany and Spain. The thriving Polish investment market is leading in terms of volume as it attracts investors to Warsaw and regional cities not only for retail and industrial but also for office.

As investment volumes for CEE are rising, investment into Russia is falling significantly. Strong growth is causing investors to consider non-core assets and markets. CBRE put CEE invest volume (excluding Russia) for the first half year at €2.6 billion compared to €4 billion for the whole of 2013.

So far this year office has remained the preferred asset type followed by retail. However, investment into retail fell in the period to November 2014 as the limited supply of product has forced investors to purchase industrial product, with a corresponding rise in this asset class.

“Investors are increasingly interested in regional commercial real estate markets, both large and smaller, recognizing their growing potential. In the coming years, these cities will witness a gradual increase in the number of transactions across all segments of the commercial real estate market as well as the implementation of new projects. There is an interesting trend that is rapidly gaining in popularity to expand and revitalize older buildings. This trend is now reaching smaller cities,” said Mike Atwell.

In one of the largest European retail deals of the year, TriGranit, Europa Capital and PKP sold the Poznan City Center retail complex to a consortium of Resolution and ECE for €230 million. And more recently Atrium European Real Estate purchased Focus Mall in Bydgoszcz, Poland for €122 million. The Focus Mall Shopping Centre in Bydgoszcz was developed by Parkridge Retail Development and commissioned in 2008. This 2-storey building offers 41,000 sqm of retail GLA.

“Core investors are looking at Poland and Czech for prime, landmark shopping centres, viewed to offer better value against other core European countries. Whilst the regional cities across both countries have opened up with a significant shift of core and value-add capital towards this sector. Prime shopping centres in Hungary and Slovakia are also back on the radar for investors searching for stock,” said James Chapman, Head of CEE Capital Markets at C&W.

The biggest investment deal for Central Europe in the third quarter was arguably the acquisition of the Eurovea shopping and office centre in Bratislava by the Slovak developer and investor J&T Real Estate from Ballymore Properties.
The Prague office market is also active after a two year downturn. One of the largest transactions in the first half year was the purchase of City Tower office centre by PPF Real Estate for €130 million. The Budapest office investment market is continuing to pick up as Erste Open-end Real Estate Investment Fund acquired the 11,000 sqm north wing of Futureal’s recently completed Vision Towers office centre.

“Movement and action can be felt on the Hungarian investment market, so we are looking forward to opportunities in the near future and we are continuously searching for new properties. The purpose of this Fund is to focus on stable and long term investments,” said Eszter Korpás, Real Estate Fund Manager at Erste Asset Management on the deal.

What is noticeable for Hungary is the increasing role of local investment funds as the major institutional funds have still not re-entered the country following the 2008 economic downturn. In a landmark deal, Skanska Property Hungary sold the 17,800 sqm Green House office centre to the Hungarian open-ended property fund, Torony Real Estate Investment Fund managed by Diófa Fund Management. The deal is generally regarded as a significant step in the recovery of the Hungarian investment market in that an income-producing Class A office centre by a major international developer is the subject of an arm’s length investment transaction.

Along with Hungary Romania is again attracting the attention of international investors. In a landmark Bucharest office deal Globalworth Real Estate has purchased the first 19,500 sqm phase of the Green Court office complex from Skanska for €44 million. Globalworth and NEPI have been prolific in Romania with regard to both acquisitions and development in recent years.

“Romania is a very promising market for investors looking for prime office buildings which offer the best quality and yields that are 150-200 basis points higher than in either Poland or the Czech Republic,” said Adrian Karczewicz, Transaction Director at Skanska Commercial Development Europe.

In addition to office the logistics sector is attracting investors with yields of 7.00 percent for Poland. In one of the biggest transactions of the year, the US-based Blackstone acquired the 200,000 sqm Standard Life Poland logistics portfolio for €118 million. Blackstone made the purchase through its European logistics platform, Logicor. In Hungary the Tulipan logistics park has been acquired by Blackstone as part of a portfolio deal across eight countries. This seen as a significant development in that Hungary is now included in regional logistics portfolio acquisitions.

In general, a continued development and growth of CEE investment relies on favourable occupancy trends across the different sectors in all countries.