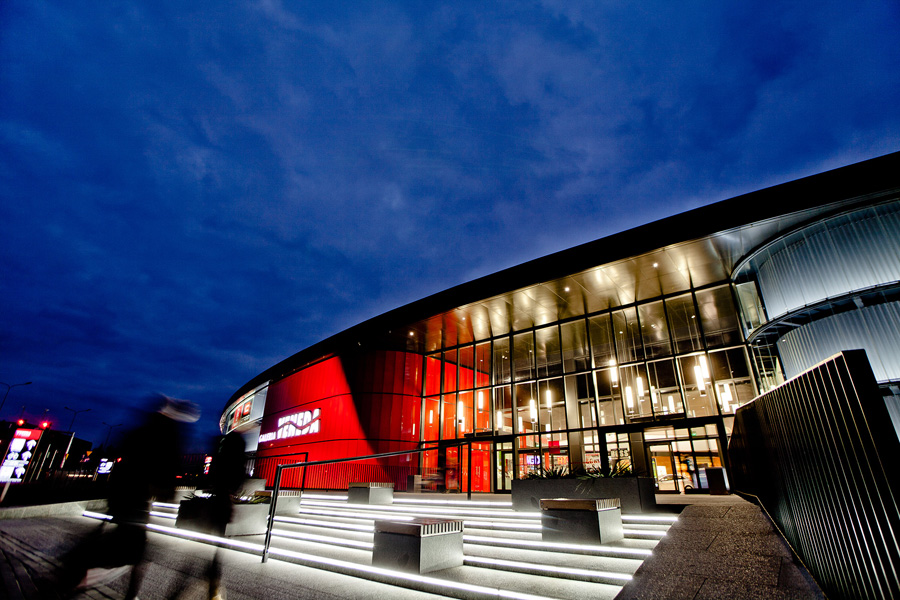 Echo Investment has started the design work related to the redevelopment of Galeria Veneda in Łomża. The facility is to include a modern multi-screen cinema as well as some new shops which have been absent on the local market.

“Galeria Veneda quickly became not only the most popular place for shopping but also a favourite spot for residents of Łomża and its immediate area. The facility has had a high footfall for three years and we have been extending its offer and delivering brands that are expected on the local market. Thus the idea of the redevelopment of the facility and arranging a place for the first cinema multiplex in Łomża as well as a few clothing shops. So far the design work is at an early stage. In Q4 we will be able to present more details concerning this enterprise,” says Marcin Materny, director of Echo Investment’s Shopping Centre Department.

Galeria Veneda was opened in March 2013 and after four months of its operations it had a footfall of a million clients. Galeria Veneda has a total area of 40,000 sqm, nearly 16,000 sqm of which is leasable. The offer of the centre includes: Tesco Extra, RTV Euro AGD, Reserved, House, Reporter Young, Ziaja Cropp Town, Mohito, Sinsay, CCC, Rossmann, Orsay, Deichmann, Martes Sport, Kari, Cliff Sport, Apart, 4F, Takko Fashion, Diverse and Zabawkowy Raj. Customers can use a car park offering 600 spaces.

The architectural design of Galeria Veneda was created in the Mąka Sojka Architekci architectural studio in cooperation with Echo Investment’s team of architects.