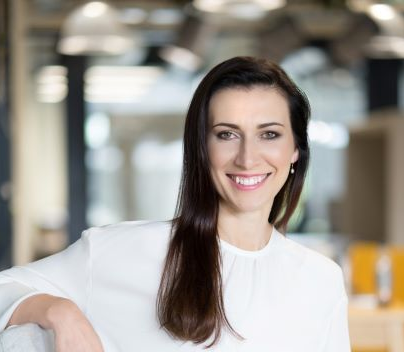 The MEDICI LIVING Group, the leading co-living provider in Europe and the US, is expanding into Poland. It has appointed Renata Kusznierska as Director Expansion Poland. Based in Warsaw, she will be spearheading the group’s expansion and roll-out of the QUARTERS co-living brand in the region. She will identify locations and secure buildings, with an initial focus on Warsaw and Kraków. Other cities are to follow once a foothold has been established.

Renata Kusznierska, moves over to MEDICI LIVING from lifestyle, travel and hospitality platform Selina where she most recently held the position of Head of Country, managing all aspects of new operations in Poland. Between 2013 and 2017 she worked at Cushman & Wakefield, most recently as Partner and Head of Retail Agency Poland. Renata advised clients on re-/ development strategies for shopping centres as well as on expansion and long-term retail strategies. She received her master’s degree in economy from Sheffield Hallam University in 2010.

“On our journey to become the WeWork of co-living over the coming years, establishing a foothold in Poland is another key step,” says MEDICI LIVING founder and CEO Gunther Schmidt. “Co-living is becoming more of a topic within the younger Polish generation. We are meeting their demand for flexible and at the same time affordable housing in the large cities with our QUARTERS concept. High-end furnishings and a comprehensive digital concept set the QUARTERS brand apart. It is specifically targeted at young professionals from the millennial generation.”

“I’m really happy to take a part in this amazing project, shaping the beginning of the co-living market in Poland. Is a true entrepreneurial challenge, which I like very much. I truly believe that housing should be affordable for young people and treated as a service. The QUARTERS community is also helping professionals change country without any stress, which is an added service component for the target group,” says Renata Kusznierska.

MEDICI LIVING has ambitious plans for Poland: Up to 20 percent of the €1 billion European co-living investment program launched together with Frankfurt-listed CORESTATE Capital Holding, one of the region’s largest real estate investment managers, is to be invested in the country. The programme marks the largest planned investment in the history of the young asset class worldwide. A similar cooperation was agreed with the W5 Group, the family office of Ralph Winter, which aims to invest $300 million in the US. MEDICI LIVING expects the addition of at least 7,300 further rooms to its portfolio until 2023. The company currently operates 2,000.