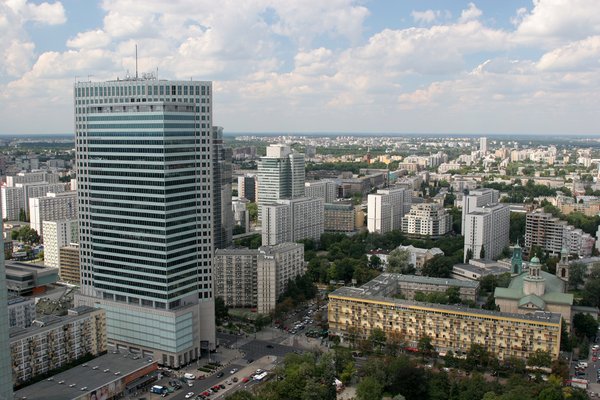 According to the RICS Commercial Property Monitor for Q4 2015 most countries in Central and Eastern Europe can expect relatively strong economic growth and remarkable improvements in their commercial property markets.

“Since the sentiment index is in a strongly positive territory for Bulgaria we expect growing interest for acquisitions of income generating properties during 2016. The SEE region and Bulgaria in particular, show great potential to attract real estate investors supported by the lower cost of bank financing and the increasing occupier demand in all market segments. Due to the increasing rents our expectations are for further yield compression but the local market continues to offer higher return than the more developed ones,” commented Michaela Lashova MRICS, CEO of Forton, alliance partner of Cushman & Wakefield for Bulgaria and Macedonia.

Private consumption is expected to grow in most countries
Economic growth in Bulgaria surpassed the expectations in 2015, with GDP figures expected to show a nearly 3 percent increase during the year. Going forward, net trade and government spending are anticipated to remain the principle driver of growth, while domestic expenditure will be weighed down by sluggish wage growth. Also, soft private consumption trends are set to hold back investment in the near term.

“There is a lot of equity on the market. With the cheap debt available as well we have seen record activity for the Czech real estate. With comparison to other asset classes, real estate still offers interesting returns attracting new investors previously investing within other segments. However, not many professionals expect the yield compression to be bottomless. With pessimistic news from the share markets recently, investors remain cautious with focus on the product fundamentals,” added Karel Klečka MRICS, Patria, Member of KBC Group, Director, Real estate investments.

The Hungarian economy is estimated to have grown in 2015 by 3 percent, down from 3.7 percent in the previous year. Going forward, private consumption and exports are expected to be the key drivers of growth. Increasing nominal wages, low oil prices, weak inflation and a 1 percent cut in the flat personal income tax rate are all likely to further stimulate consumer spending.

Final GDP figures are expected to show that Romania’s economy expanded close to 3.5 percent in 2015. Strong wage growth, rising disposable income and loose monetary policy are all driving consumer spending, while falling oil prices and low inflation are supporting households’ spending power. Going forward, the 4 percent cut in the rate of VAT is expected to stimulate private consumption which should, in turn, lead to a further acceleration in overall GDP growth in 2016.

New records set on the occupier market
The Occupier Sentiment Index (OSI) climbed to a record high in both Bulgaria (+28) and Hungary (+55), while it also sits in positive territory in the Czech Republic and Romania. The strongest reading was posted in Hungary where occupier demand has increased sharply against a backdrop of declining supply. Across the other three national markets, availability is still rising but this is being outstripped by growth in tenant demand in each case.

Occupier demand increased in all sectors in the Czech Republic, Hungary and Romania. The increase in demand was especially strong for office space in Hungary and the Czech Republic, while in Romania offices and industrials saw the most significant increase. In Bulgaria occupier demand increased sharply in the office sector, at a solid rate across industrial space, but fell marginally in the retail arena.

“Czech commercial real estate market is in good shape with further prospects of growth in next months. Rents so as capital values are expected to increase across all sectors while current values are considered to be rather fair. Limited pipeline and lack of available land sites could be considered as constraint in the long term,” added Jaroslav Kaizr MRICS, Business Director, CTP.

When comparing twelve month rent expectations across each nation, the strongest rental growth is projected to come in in Hungary, with the prime office sector projected to chalk up the strongest gains (although expectations are positive across all areas of the market). Headline rents are also expected to rise in Bulgaria, the Czech Republic and Romania, albeit expectations are more modest relative to Hungary. Again, in Bulgaria and Romania, prime office space is anticipated to post the most significant rental gains over the year ahead. Secondary retail rents are projected to fall in both countries. Meanwhile, in the Czech Republic, prime retail rents are expected to outperform all other areas of the market.

Interest for Hungary and the Czech Republic continues to grow
A positive value was recorded for the Investment Sentiment Index (ISI) in each country, demonstrating that conditions in the investment market picked up across the board. The index climbed to a record high in Hungary (+37) and reached a four-year high in the Czech Republic (+35), pointing to an acceleration in the pace at which investment market dynamics are improving in these two countries.

Investment enquiries, both from domestic and foreign buyers, continued to rise significantly across the board in the Czech Republic, Hungary and Romania. In Bulgaria, however, investment enquiries only rose in the office sector and at a more modest rate in the industrial sector, while investor demand in the retail sector fell slightly.

“Following 2015 when record level of activity has been registered in almost every sector, but especially in office space take-up and investment, we see the sentiment to continue and to further improve. Level of expected completions is increasing, but it is still relatively low. This is mainly due to lack of available and affordable financing. Nevertheless approach of financing institutions is expected to change fuelled by the successful leasing activity and increased volume of transactions.

We see even conservative investment bodies turning back towards Hungary as potential investment target. This could trigger new, not only BTS, but speculative developments in numbers, primarily in the office sector. While up curve in industrial sector is lagging 8-12 months behind as usual, signs of recovery are already detected, such as the long-term BTS transaction closed in December 2015 with a large international corporate occupier.

Level of unemployment is strongly improving and down to record low level, which may prove to be a serious bottle-neck on the mid-term unless immediate actions are taken to extend the bulk of available talent base in the country, especially in Budapest.

All in all we expect further expansion in the real estate business in Hungary as most of the fundamentals are considered healthy and sustainable, while yields still offer significant premium to investors,” said Balázs Simonyi MRICS, Leasing Director, CPI Hungary

With regards to capital value expectations, respondents now anticipate values will rise firmly in all four countries at the all-property level over 2016. The sharpest growth is expected to come in Hungary driven by the imbalance of excess demand over supply. The prime office arena anticipated to be the strongest performing category in terms of capital value growth in Hungary, Bulgaria and Romania. In the Czech Republic, prime retail units are projected to provide the largest price gains.