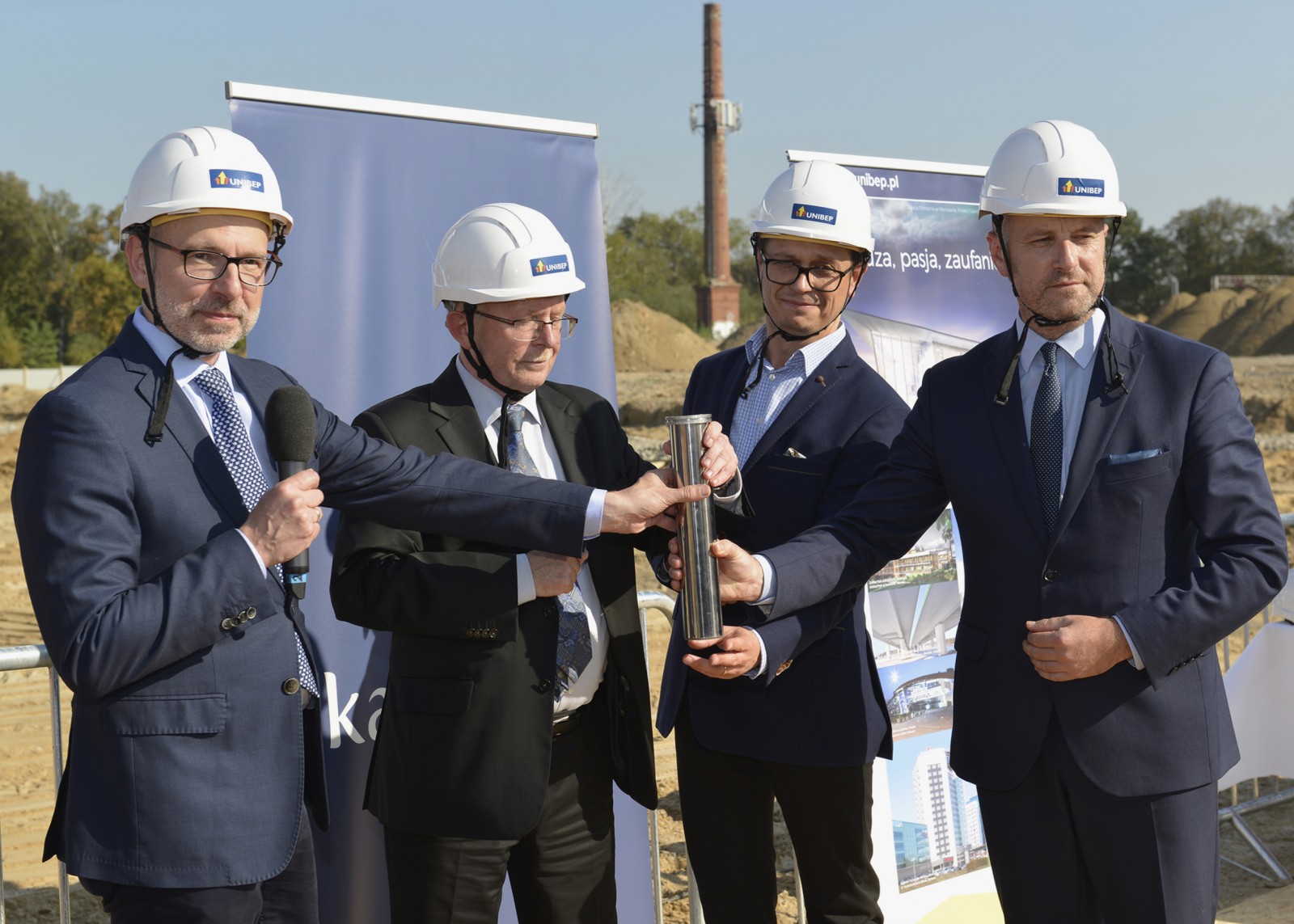 On September 20, 2018, a new chapter in the commercial future of Biała Podlaska was opened. The previously forgotten area of the former Bialska furniture factory will start to be full of new life in a little over a year. On Thursday, in the presence of local authorities, the cornerstone for the Galeria Karuzela investment was laid.

“We are starting with the long-awaited construction of the Galeria Karuzela in Biała Podlaska. From the very beginning of the project, we had plans to revitalize those former post-industrial areas together with the construction of a new road infrastructure and modernization of the existing one,” commented Grzegorz Pękalski, President of the Board of Karuzela Biała. “The assumption is that in addition to the modern shopping mall, our investment has become an integral and important part of Biała Podlaska. We want to give this degraded area to the city in a modern formula. The construction, which starts today, will create new jobs, increase revenues for the city budget and give the residents of Biała Podlaska the opportunity to use the unavailable stores so far,” added President Pękalski.

In a year’s time, plans and visualizations will turn into reality. The first stage of the investment provides for the creation of a modern gallery building with an area of nearly 14,000 sqm, which will include, among others, 60 stores, restaurants, cafes and rest areas. The author of the architectural design is the Bose International studio. The gallery building will be implemented according to the latest trends both in terms of architecture and technology. The shopping mall will be one-storey, based on the layout of shopping streets. The general contractor of the investment is Unibep SA.

The investment will cost around PLN 170 million. Completion of the works is planned for the fourth quarter of 2019.