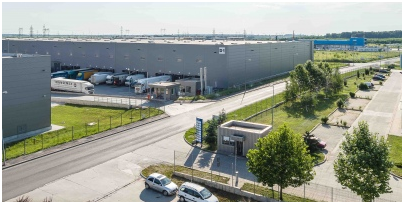 Currently CTP is constructing various properties throughout the country and simultaneously projects in Timisoara and Arad are being leased.

“CTP has recently handed over a 25,000 sqm distribution centre in Cluj to Profi and new construction is under way in Bucharest with 30,000 sqm under construction in CTPs Bucharest West Park, previously owned by ProLogis. 10,000 sqm out of the 30,000 sqm remains available,” said Marian Orzu, Head of Leasing and Business Development Department.

CTP has also obtained a building permit for another building in the same park with a lettable area of 60,000 sqm and plans to start the construction during this year.

CTP’s projects are being co-financed by different banks, including Erste Bank, Societe General and Raiffeisen.

“In addition to warehousing and distribution, CTP’s strength is in completing properties for companies in involved in manufacturing such as the €15 million project in Pitesti / Catesca which is being handed over to French automotive giant, Faurecia,” added Marian Orzu.