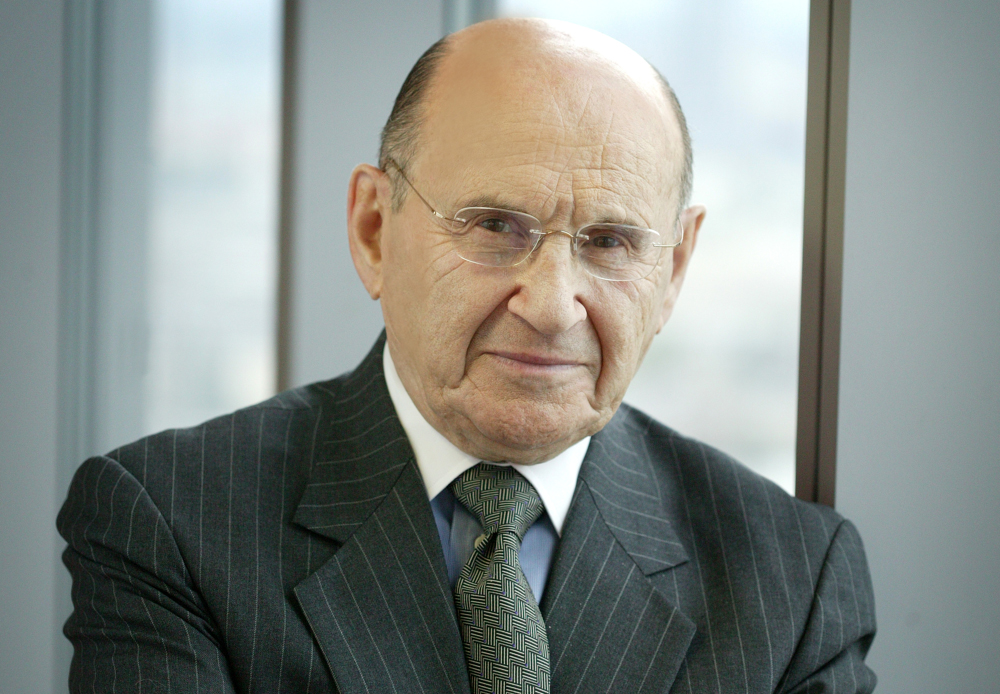 Apollo-Rida’s founder and chairman, David Mitzner has passed away. He was 101. His life, in all aspects, was an inspiration to all who knew him, and stood as a remarkable testament to the human spirit and the will to overcome and survive mankind’s darkest moments and later prosper and raise a wonderful family.

Born in Warsaw, at six months old and following the outbreak of the World War I, David’s family and the rest of Polish Jewry were ripped asunder by the German invasion of Poland on September 1, 1939. Determined to not be confined within the unlivable conditions imposed upon the Warsaw ghetto, he lived on the streets of Warsaw as a non-Jew without proper documentation. On numerous occasions, he was barely able to escape Nazi apprehension. The Russians had invaded Poland shortly after the Germans which divided the country into sectors of influence. David was finally apprehended within the Soviet sphere by soviet soldiers, accused of “anti-Soviet activities” and sentenced to eight years in prison in the Siberian gulag.

eleased in 1948 after serving his entire sentence and then escaping communist Poland, David eventually made his way to America arriving in New York on April 11, 1949, his 34th birthday. Upon landing in New York, he had 17 dollars in his pocket. Through determination, initiative, honour, and the opportunity that his adopted country offered those new immigrants willing to work at seeking their share of the American dream, David found success in so many areas that were important to him

He founded and built Rida Development, a real estate company that is among America’s leading builders of convention hotels and mixed use developments. In Poland, his company Apollo-RIDA became one of the largest investors in the country. David raised a wonderful family together with his beloved wife Ruth of blessed memory. He was a great patriot who never failed to appreciate America for the opportunities that it had afforded him. No less though, was his love for Israel and Poland. David often reflected upon the fact that millions of Jews could have been saved from the Holocaust had there been an independent Jewish state where those who were seeking to escape tyranny could find a safe haven. He generously supported many institutions in Israel including Yad Vashem and Shaare Zedek Medical Center.

David was also generous in support of charitable causes in America. He endowed two chairs at Yeshiva University; one in memory of his wife as well as the David Mitzner chair for the Center of the Jewish Future. He was active in Houston civic, business and cultural affairs. On April 26, 2009, at a dinner honouring him for his charitable and humanitarian contributions, Mayor Bill White proclaimed it to be David Mitzner Day in the City of Houston. In 2004, he published his autobiography “Nesim All Around Me” which he updated on the occasion of his 100th birthday. His recognitions and honours were as varied as his life: a cover story on his remarkable business career in the Wall Street Journal, an Honorary Doctorate for his humanitarian and philanthropic work from Yeshiva University, and at age 99 the awarding of the Polish Medal of Honour by the President of Poland for his work in the rebuilding of post-communist Poland.

He is survived by his sons Jacob and Ira, daughters-in-law, Mindy and Marilyn, five grandchildren and four great grandchildren.