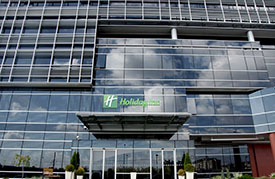 Serbian company Delta Holding has announced that there are indications that they could obtain a building permit for their upcoming retail project Delta Planet in Belgrade’s Autokomanda area.

According to its press release, the company has multiple real estate investments in the pipeline, including the construction of InterContinental Hotel in New Belgrade, as well as the renovation of two existing commercial properties in the Serbian capital, Holiday Inn Hotel and BelExpo Center. The Group aims to invest more than €2.5 million in the aforementioned renovation projects over the next two years.

In 2014, the company’s subsidiary Delta Real Estate revealed plans to invest €200 million in the construction of Delta Planet, the largest shopping mall in the region. However, the project has been postponed due to their difficulties in obtaining building permits.

The construction of Delta Planet will significantly increase the supply of modern retail space in Serbia. As previously announced by the investor, the shopping center will consist of around 200,000 sqm, offering 250 stores and introducing at least 50 new international brand names to the local market.

In February this year, Delta Holding sold its majority stake of 60 percent in Delta City shopping centers in Belgrade and Montenegro’s capital, Podgorica, to the South African investment fund Hyprop. The acquisition was hailed as one of the largest real estate transactions in Serbia during the last decade.

In 2015, the Serbian conglomerate, which also owns the companies Delta Agrar, Delta Distribution and Delta Foundation, achieved a turnover of €441 million.