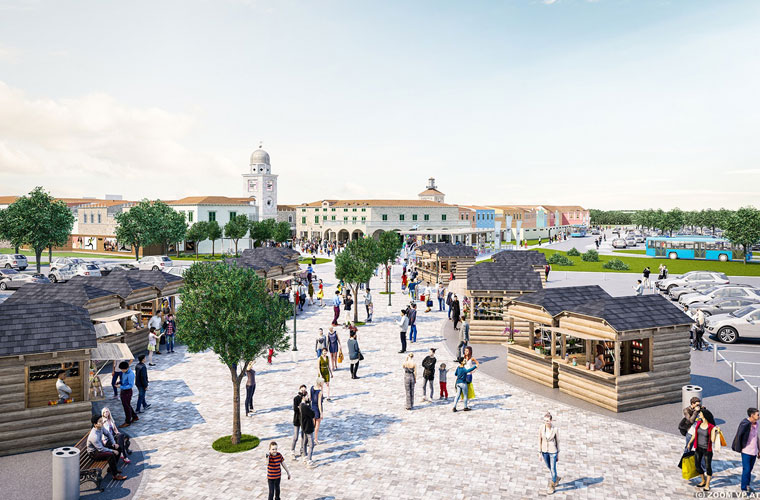 Designer Outlet Croatia, a joint venture between IKEA Centres and Mutschler Outlet Holding AG, will celebrate its grand opening on the 7th of June 2018.

The new premium outlet will be located next to the IKEA department store in Zagreb’s municipality of Rugavica. The opening ceremony will start at 17h and will include special discounts ranging from 30 to 70 percent in more than 100 fashion and lifestyle stores.

Before the opening, Designer Outlet Croatia will unveil its tenant mix on its official webpage. According to the center’s press release, the majority of the brands will offer women’s, men’s and children’s fashion ranging from clothing, footwear, accessories, sports goods and outdoor equipment.

Visitors will also enjoy a diverse entertainment program, including a free live concert from the famous Croatian pop star, Severina. The Center has also prepared a competition for its VIP club members, who stand a chance to win a walk-in-closet with clothing worth 30,000 HRK, a 7-day Mediterranean cruise, gift vouchers and other valuable prizes.

Spreading over 15,000 sqm, the new complex has a unique architecture inspired by Croatia’s regions. It features stores made from stone resembling traditional Dalmatian architecture, as well as a replica of the City Tower in Dubrovnik. Visitors will also be able to experience the cobblestone streets of historical Dalmatia, ‘wonder around’ Zagreb’s Old Town and enjoy attractive views of the capital’s colourful store facades.

Designer Outlet Croatia will be situated along the A2/E71 Highway, with a daily traffic of approximately 50,000 vehicles. The location is connected with Serbia and Eastern Croatia via the A3 motorway. The A4 motorway, which goes north to Hungary, connects the Center with the city of Varaždin, one of the most important tourist destinations in Croatia. The complex is located 20 minutes from Zagreb airport and just 30 minutes’ drive from the city center.

Designer Outlet Croatia has a primary catchment area of 1,4 million inhabitants, while 5,5 million people live within a 120 minute drive of the outlet. In addition to a diverse tenant mix, the outlet will also offer 2,500 free parking spaces.

The project will be managed by the Austrian consultancy company ROS Retail Outlet Shopping, one of Europe’s leading managers of outlet centers.