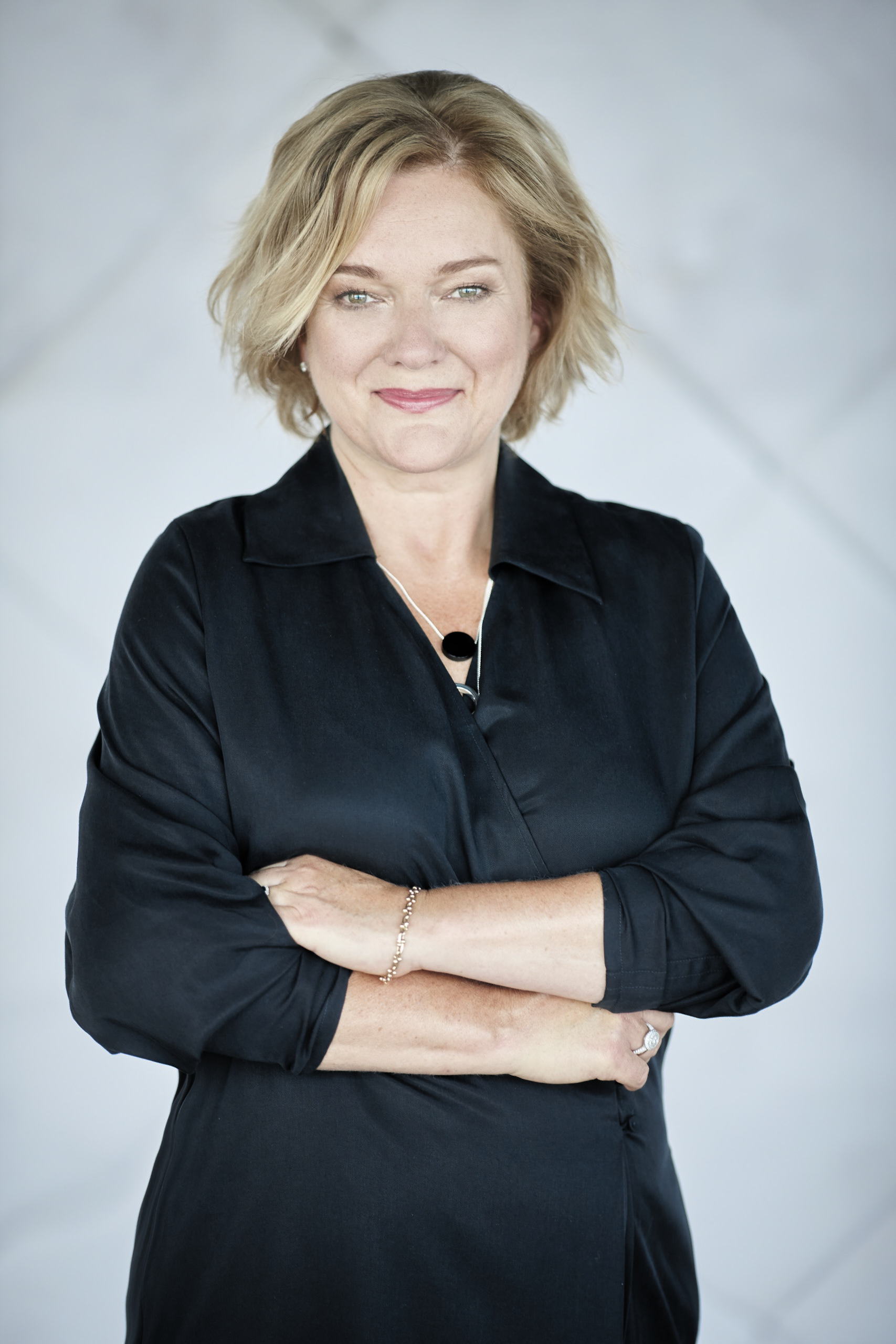 Despite challenges, warehouses are doing well

A pandemic, high inflation, rising prices for materials and contractors, and consequently, an increase in starting rental rates concerned the warehouse sector in 2022. Despite the difficulties, the logistics and industrial market is stable and has grown dynamically. The breaking point for the industry turned out to be Russia’s aggression against Ukraine at the end of Q1, 2022, which significantly changed the perception of the entire market in the first weeks of the war. Additionally, tenants and developers looked for ways to optimize energy costs throughout the year. AXI IMMO brings you a recap of 2022 and forecasts for 2023 for the warehouse market in Poland.

Despite a record-breaking 2021 for the warehouse sector in terms of investment, analysts at AXI IMMO signalled that the following years from 2022 onward could be a bit leaner in terms of deals. The reason was the lack of quality logistics and industrial products immediately available. The market assessment was reliable, as, by the end of June 2022, the office sector led in total transaction volume, with the warehouse sector returning to the top of the list in the third quarter of 2022. The share of logistics and industrial assets at the end of September stood at 1.54 billion, with about €4.32 billion invested in all segments of the investment market. Noticeable is the greater diversification of investors interested in domestic assets. In previous years, it was Asian and American capital that most often decided to buy Polish real estate. Currently, due to the uncertain geopolitical situation, it is the entities that were already present in our region that continue to buy. Thanks to their experience and knowledge of the realities, they are the ones who decide to conclude transactions, unlike other groups of investors who adopt a wait-and-see attitude.

Renata Osiecka, Managing Partner, AXI IMMO, explains: “With the state of war in Ukraine unchanged, we expect that capital from Europe and the United States will continue to be the leading player in the Polish investment market. The large supply of projects to be delivered in 2023 may prompt more opportunistic decisions by investors outside the continent. The market will see a growing difference in the valuation of ESG-compliant warehouse assets, which will translate into an increased number of upgrades of older facilities in the medium to long term.”

Poland as a trans-European logistics hub, or (re-, near-, friend-)shoring

In 2022, similar to previous years, demand in the Polish warehouse market was mainly driven by the logistics industry and retail chains. In contrast to 2020 and 2021, we saw a slight decline in the volume of transactions by e-commerce clients. According to AXI IMMO analysts, gross demand in the period from Q1 to Q3 2022 amounted to more than 5 million sqm, which, if tenant activity is maintained, promises that at the end of 2022, the rate will exceed 6 million sqm, the second highest in the sector’s history.

The year 2022 also saw a process of change associated with the emergence of new factions of tenants. The war in Ukraine resulted in a surge of interest in warehouse space in Poland by companies withdrawing their operations from Eastern Europe (Russia, Belarus, and Ukraine) as part of the so-called reshoring, as well as those companies or organizations that were ready to bring humanitarian aid. More than nine months after the Russian attack, it should be pointed out that Poland has exemplified its role as a link between Western and Eastern Europe. The crisis has also strengthened the perception of Poland as a mature warehouse market, ready to welcome new investors within the framework of the developing trends of near- or friendshoring.

In the context of the challenges faced by the Polish warehouse market, it is also important to point out the energy crisis, firstly in terms of rising electricity prices and secondly in terms of access to energy itself. This crisis is a repercussion of changes related to the energy transition in the European Union as a preventive measure against global warming, as well as the suspension of trade relations with Russia in the supply of energy resources. As a result, many of the tenants, when signing new or renegotiating current contracts, expected a guarantee of the delivery of contracted power and the identification of solutions with actual savings.

The war also indirectly affected Poland’s largest group of tenants, i.e., the logistics sector. Data provided to BIG InfoMonitor’s May 2022 Debtor Register indicated that 20 percent of companies are operating in a limited capacity due to the war in Ukraine. The main reason was a lack of Ukrainian workers who had returned to fight for the country. The groups affected by staff deficits were, among others, construction companies, industrial production, and agriculture. On the other hand, estimates from many transport companies said there was a shortage of more than 40,000 truck drivers. The situation in the TSL industry remains unclear, as with unemployment at a low level, there were still many vacancies on the market.

Anna Głowacz, Head of Industrial, AXI IMMO, forecasts: “The persistently high inflation rate, with the expected downturn in the economy and the spectre of recession, dictates that within the framework of forecasts for 2023 we should adopt full conservatism and point to a lower dynamics of tenant activity than before. An additional factor remains the steadily increasing starting rental rates, which have risen between 20 percent and 30 percent over the past several months, depending on the location. Despite the difficulties in attracting truck drivers, the logistics industry should maintain its leading position in the demand structure. Further resolution of the war in Ukraine will also be of great importance for the warehouse market. One of the realistic scenarios is that Poland will become the European logistics and industrial base for reconstructing Ukraine.”

Is Poland still a construction site?

At the end of 2021, the Polish warehouse market had more than 5 million sqm under construction, with experts pointing out that factors such as high inflation, rising prices for materials and contractors, as well as a shortage of staff caused by the announced accumulation of many infrastructure projects (including road, rail and the start of work on the construction of a mega airport between Warsaw and Łódź) would effectively reduce developers’ activity and postpone the completion of some projects by an average of 1-2 months. This scenario did not come true, as from January to the end of September 2022, a record 3.2 million sqm was delivered to the Polish warehouse market.

According to AXI IMMO analysts’ calculations, an additional one million sqm of new supply can be expected in the last quarter of the year, increasing the sector’s total stock to over 28 million sqm. The largest markets remained those of the so-called Big Five (Warsaw, Upper Silesia, Central Poland, Lower Silesia, and Poznań), with Eastern Poland and Western Poland joining the ranks of regions with more than one million square meters. Despite the best year in supply, the market continues to see high warehouse space absorption. The situation contributes to a declining vacancy rate, which stood at 4.2 percent at the end of September 2022. Despite the large number of projects under construction of about 4 million sqm, the volume of vacant space will not increase significantly due to the smaller number of projects being launched.

2022 also marks the continuation of eco-trends and the implementation of ESG strategies. Finding new developments on the market that do not receive BREEAM or LEED Very Good certification is difficult. Current projects are meeting the goals of increased energy efficiency by, among other things, installing photovoltaics on roofs or near warehouses, as well as increasing insulation. In 2022, the first green leases appeared on the market, adding convenience for clients reporting their ESG performance. In addition, developers indicating that their developments are equipped with green solutions can expect to be granted better credit.

In the context of trends until the end of the first half of 2022, it was challenging for developers to prepare adequate construction pricing for rampant material prices. More stabilization in this regard could be observed from July 2022. Difficulties in correctly estimating costs and rising prices of materials and contractors translated into investment realizations and, generally, an increase in starting rental rates. The market has felt the differentiation of offers in warehouses built before and after material price increases. However, despite the cost increases, Poland remains an intensely competitive market for Western Europe and the Czech Republic.

Anna Głowacz, explains, “Due to high geopolitical uncertainty and a more difficult macroeconomic situation in 2022, developers similar to the time of the pandemic already faced an increase in the requirements expected by banks. From the previous 30 percent of securing investments with pre-let contracts, the ratio rose to 50 percent. The overall assessment of the industry represented by the tenant and its financial stability, as well as how active it has been in the market so far, will be very important for the investment process. Certainly, clients whose sectors have remained leaders in demand for years are in a better position.”