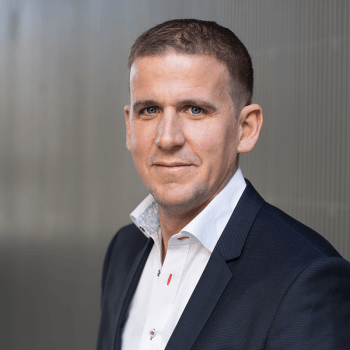 Brand new residential and office projects, the sale of the Sagittarius office building in Wrocław, the opening of Libero in Katowice, the sale of the last tranche of EPP shares, the placement of PLN 50 million of bonds for individual investors and the advance dividend announcement – all the work done by Echo Investment from the beginning of the third quarter with excellent results. The developer achieved PLN 158 million of net profit since the beginning of the year and enjoys a stable financial position.

The third and fourth quarters are traditionally the most intense time for the residential department. The current results of sales and handovers of apartments are in line with expectations and confirm that at the end of the year we will reach around 1,100 apartments sold and 1,000 premises handed over to clients.

“We are constantly expanding our offer: since the beginning of the year we have started eight projects with 950 apartments. Next year we plan to start construction of about 1,450 apartments in large and attractive projects, such as Ordona in Warsaw, Tymienieckiego in Łódź, Nasze Jeżyce in Poznań or Wita Stwosza in Kraków. Compared to 2018, we will expand the offer by 50 percent,” says Nicklas Lindberg, CEO of Echo Investment.

The Company is developing an apartment rental platform Resi4Rent in which Echo has a 30 percent share and is responsible for preparation and execution of projects. In the third quarter, Resi4Rent acquired from Echo Investment four ongoing projects with 1,200 apartments. Two projects in Wrocław and Łódź will be completed and ready for residents in the second half of 2019, remaining two – in the first half of 2020. In the near future Resi4Rent will take over another six projects with 1,700 apartments in total, which are ready to start.

In 2018, Echo Investment commenced construction of four office buildings, and by the end of the first quarter of 2019, five more will be started in regional cities. The Company is successfully developing its office business, both in Warsaw and in regional cities. It is proved, among others by leasing up the first building of Browary Warszawskie – Gatehouse Offices and a strong interest in leasing up two more Browary office buildings which are already under construction. The developer has also signed agreements in Moje Miejsce project in Warsaw and conducts advanced negotiations for majority of the area in the Face2Face complex in Katowice.

After over two years of construction, on November 15th Echo Investment put into operation Libero shopping centre in Katowice. The project was well-received by customers and the city. It is nearly 45,000 sqm of fully leased space. According to the latest trends, about 20 percent of the space in Libero has been dedicated to the entertainment and service zone, which is open on Sundays without trade. Construction works on another retail investment, Galeria Młociny in Warsaw, are progressing on scheduleandand tenants show great interest. The project is already c.a. 90% leased.

Since the beginning of the year the Echo Investment Group has generated PLN 158 million of net profit. The value of the Company’s assets is systematically growing and amounts to approximately PLN 3.8 billion as at the end of the third quarter of 2018.

“At the end of the third quarter our cash equalled PLN 552 million. Several weeks ago we placed 5-year bonds for individual investors worth PLN 50 million. In November we sold remaining EPP shares. On EPP investment the internal rate of return (IRR) amounted to approximately 15 percent, including dividends. We have comfortable liquidity position that fully secures our acquisition and development needs. Based on our results and available funds we have already declared the advance dividend out of the 2018 profit in the amount of PLN 0.5 per share” says Maciej Drozd, CFO of Echo Investment.