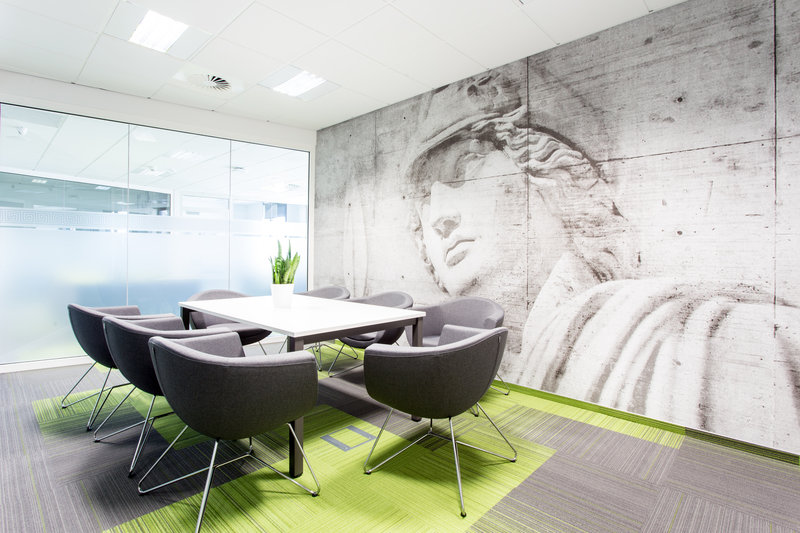 EPAM Poland, a global software producer, will move to a new Warsaw headquarters. It will be the first office building in Browary Warszawskie – a city-forming project which is being developed by Echo Investment in Warsaw’s Wola district. EPAM trusted the developer once again: since 2017 its Kraków office has been located in O3 Business Campus which was also built by Echo Investment.

EPAM will occupy the highest floors of the Gatehouse Offices which is under construction on the corner of Grzybowska and Wronia streets in the Browary Warszawskie complex. This May the building reached its highest construction point and it was topped off.

“We are a leading company from the innovative IT industry that is why we were looking for a modern place that suits the vision of a well-thought-out and well-designed world that we are trying to build. Our current headquarters is also located in Wola, so we know the advantages of this location. We looked at the change of the office from the perspective of our employees, their needs and expectations. The revitalization of a historical place on the map of the capital city, easy access and well-arranged urban space meet these expectations. We are happy that we will again cooperate with Echo Investment, a developer which is already our partner in Kraków,” commented Michał Krzepkowski, the Senior Administrative Manager at EPAM Poland.

After L’Oréal Polska and WeWork, EPAM Poland is the last company who has decided to choose the Gatehouse Offices. It means that the first office building of Browary Warszawskie is 100 pct leased. Service space is now waiting for its tenants, which will be used by employees and visitors of this part of the city.

The Gatehouse Offices will have over 14,000 sqm of office space and service space. Apart from the underground car park for 106 cars, it will also have 82 spaces for bicycles. Its location within an 8-minute walk from the metro station also makes it an attractive workplace for people travelling by public transport.

The name of Browary Warszawskie refers to the legendary Haberbusch and Schiele brewery, which was located at this site for several decades. The current project will restore life in this part of the city in order to meet the needs of the modern centre of the European metropolis.

“We want Browary Warszawskie to be a nice piece of Warsaw, where you work well, live comfortably and spend your free time pleasantly. We want this new district to live around the clock. Such an idea was welcomed by residents of Warsaw while the growing interest from office tenants also shows that it is an attractive concept for employers who pay a lot of attention to their employees,” emphasized Kornelia Łukaszewska, Leasing Manger from Echo Investment’s Office Department.

Browary Warszawskie is an area between Grzybowska, Wronia, Chłodna and Krochmalna streets, which Echo Investment will reintroduce to the urban fabric. It will be a new, open to all urban quarter, formed by residential buildings, office buildings and public squares, rest and recreation places, cafes, restaurants and shops.