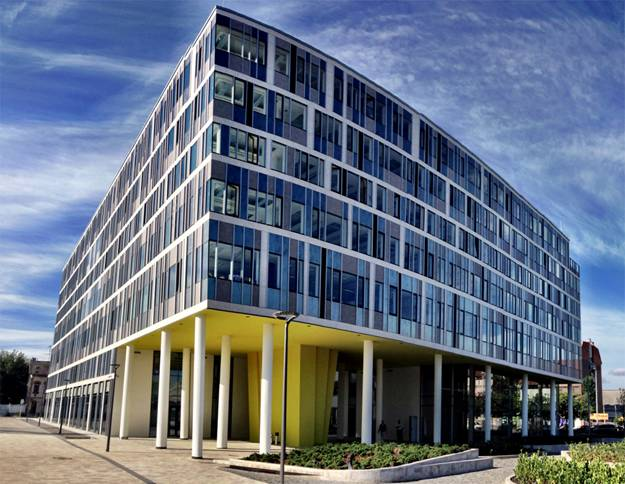 Prime office space across Europe is in short supply with vacancy levels the lowest since 2012, according to CBRE.

Across 47 European cities, the majority – 69 percent – are now showing stable or declining office vacancy rates. As a result aggregate vacancy across the region is now at its lowest level for four years. This trend is most pronounced in Warsaw which recorded one of the largest reductions in vacancy rates, falling by over 1pp to 12.9 percent, in the third quarter. This marks the lowest vacancy rate since the first quarter of 2014 in the Polish capital.

In contrast, only 15 office markets – 31 percent – saw any upward movement in vacancy levels. Helsinki recorded the highest growth with levels rising by 1.5 to 14.5 percent in the third quarter, marking its third consecutive quarter of growth in vacancy rate.

Richard Holberton, EMEA Head of Occupier Research, at CBRE explained: “We are now seeing strong declines in office vacancy levels across EMEA. Paris, Frankfurt, Brussels and London’s West End office market all saw vacancy rates decline in the last quarter with even stronger falls seen in Madrid, Budapest and Dublin. The best office buildings and locations are getting secured quickly, heightened by the office development pipeline seeing a slowdown in growth. Year-to-date office completions for core EMEA markets are 7.2 percent lower than in the same period last year.

“These two factors are supporting the acceleration of prime office rents. For instance Dublin’s rents are now almost double their cyclical low of 2012. Rents in other markets, including Stockholm and Barcelona, are rising at a rate of 10 percent per year or more.”

Claudia Chistova, Head of Research Department in CBRE, Russia, said: “Opposite trends were observed in the Moscow office market during 2015. The vacancy reached the highest level, the rent continued to decrease. By the year-end the vacancy is expected to reach 16-17 percent. Class A vacancy may peak at 27-28 percent, or 1 million sqm. By the end of 2016 limited supply will drive vacancy down. In the current market conditions, the development of new office projects that would be commissioned in 2017–2018 are being put on hold. According to our forecast, the total delivery for 2017-2018 will not exceed 0.5 million sqm.

“In 2015 rents continued to decrease. Rents went down by 10-15 percent in 2015 or by 25-35 percent compared to the rents at the beginning of 2014. The prime area is the only submarket where available office space is offered for lease in dollars. Asking rents in the Prime class A segment are $800–900/sqm per year, net of OpEx and VAT, class A rental rates – RUB 19,000–25,000, class B rental rates – RUB 13,000 – 23,000. In 2016 rents are expected to remain stable. If the overall macroeconomic and geopolitical situation is positive, we don’t exclude rouble rental rates growth on the back of high inflation.”