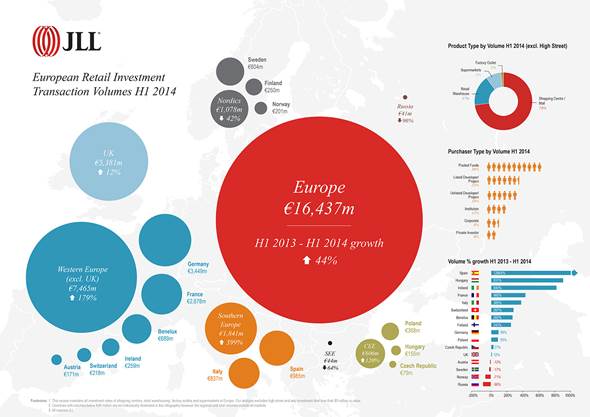 JLL reports a strong quarter for retail real estate investment in Europe, as the Q2 volume reached €9.6 billion, up 86 percent from the Q2 2013 volume of €5.2 billion. The first half volume of €16.4 billion is 44 percent ahead of the first half of 2013, and 35 percent above the 5 year first half average.

The second quarter was characterised by landmark transactions in Europe’s major cities of London and Paris. The largest transaction was the €805 million purchase of a 30 percent stake in Bluewater, Kent by Land Securities (plus €49 million for the full asset management rights and 110 acres of surrounding land, valuing the scheme at €2.7 billion overall). Meanwhile in Paris a consortium of private investors assembled around Fonciere Apsys acquired the Beaugrenelle Shopping Center for a price in the region of €700 million. These two transactions illustrate the ongoing appeal of large, dominant schemes within Europe’s mega cities, which benefit from strong economic fundamentals, resulting in part from continuing urbanisation, which is boosting populations and catchments in cities across the globe.

The outlook for this kind of dominant product across Europe remains positive, something that has been recognised in the investment market with around 20 schemes of over €400 million trading across Europe (outright or stakes) since the financial crisis.

Adrian Peachey, Head of Retail Capital Markets UK, JLL, commented: “Investor demand proved strong for Bluewater with around 10 parties showing serious interest. The ultimate reported yield of 4.1 percent reflects the attractiveness of the asset in the market and the considerable further value associated with the management of the 100 percent interest. Investors are buying increased levels of certainty when they invest into this kind of product. A combination of strong local economic fundamentals; connectivity; diversity and vitality; identity; and dynamic and proactive management, contribute to Bluewater’s resilience.”

Geographically, assets within the large, liquid markets of the UK, Germany and France remain in demand; these three markets together accounted for over 70 percent of total volumes in the quarter. However in addition to this ongoing focus on the core markets, there was also a continuation of the broadening of geographic investment targets that has been in evidence in the last few quarters. In particular, signs of economic recovery and generally improving consumer confidence in the recovery markets of Italy and Spain have sparked significant investor interest and activity, particularly as some investors are increasingly seeking value outside of the core markets. Spain witnessed the most significant year-on year growth in the first half of 2014, followed by Hungary and Ireland.

David Brown, Retail Capital Markets Spain, JLL continued: “The H1 retail investment volume in Spain was close to €1 billion, more than double the total 2013 volume, as owners reacted to the strong levels of investor demand and took the opportunity to offer assets to the market. There are a further €650 million of transactions currently under offer and investor confidence has grown throughout the year as signs of a demonstrable trend of improving sales in prime and good secondary centres has fuelled positive investor sentiment and driven pricing upwards. With an additional €750 million of deals on the market, or to officially come to the market in September, we are expecting a very busy H2, and that total retail investment volumes in Spain may surpass €2 billion for the first time since 2006.”

Looking forward, given improved economic sentiment, a continued increase in the weight of capital and the number of transactions in the pipeline, JLL expect European volumes to exceed €30 billion for the full year, as predicted at the start of the year, and potentially to record the largest volume since 2011. 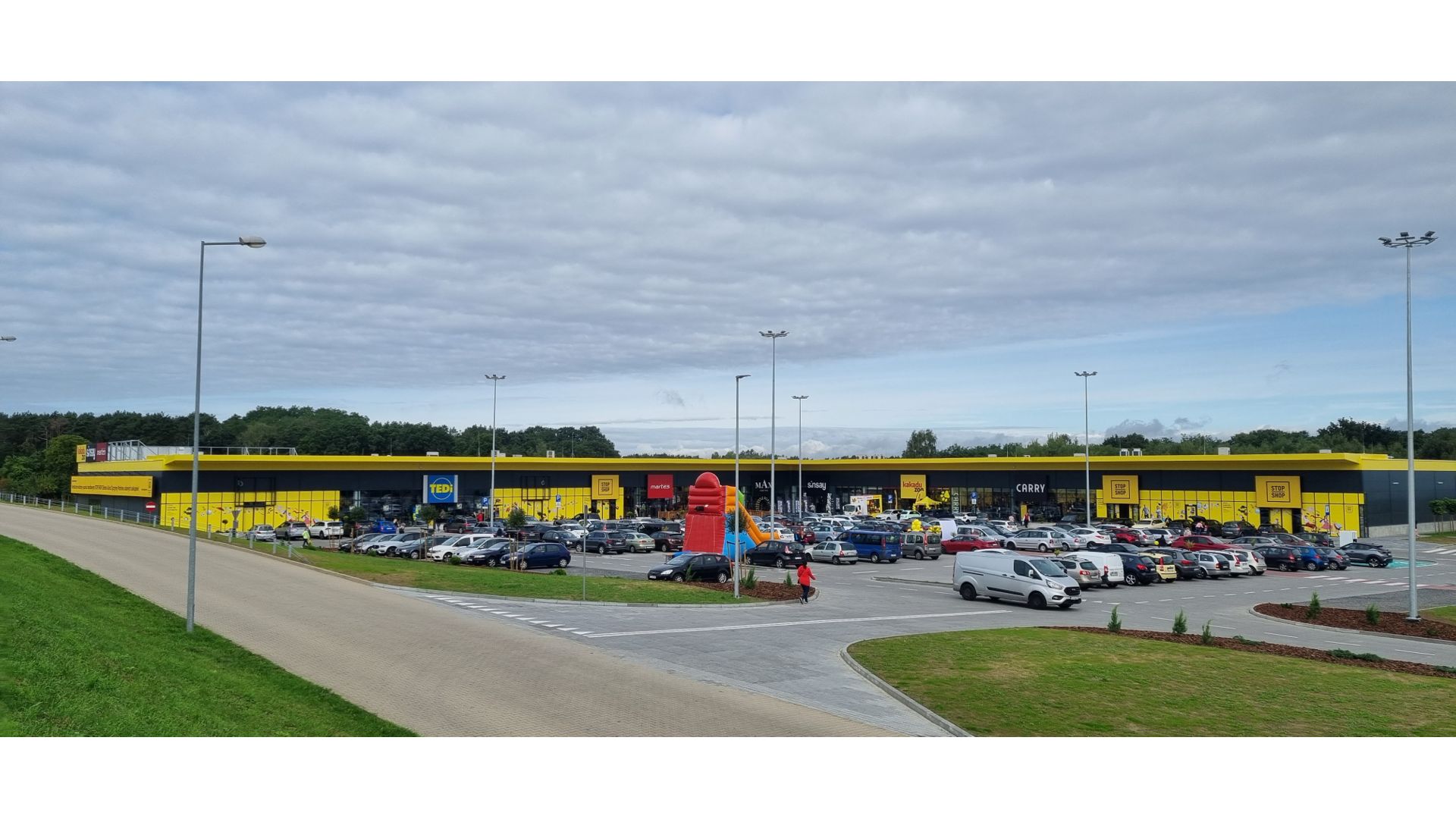