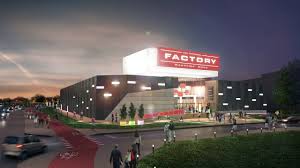 FACTORY Ursus, Poland’s first outlet centre developed by NEINVER, has welcomed customers in a brand-new way with an expansion measuring 6,200 sqm of GLA. This, according to the developers, now makes it Warsaw’s largest centre.

The growth from 13,500 sqm of GLA to 19,700 sqm of GLA, increases the number of units over 100 and includes new brands such as Pierre Cardin and Geox. These brands come to extend the current commercial mix consisting of international brands such as Adidas, Asics, Calvin Klein, Desigual, Nike, Puma, Reebok and United Colors of Benetton, among others. Additionally, the number of parking spaces has also been doubled to nearly 900.

Additionally, the existing part of the centre has been renovated to give it a modern, eco-friendly new style. For example, the floors and the lighting system have been replaced, LED lights are used in all common areas, shop-windows are more visible and appealing and the centre boasts new street furniture. The capital’s biggest outlet centre also features high environmental standards and newly adopted technologies, will help save roughly 250 MWh of energy over a 5-year period.

This project is part of NEINVER’s internationalisation strategy to strengthen its position as a leading outlet operator by increasing its presence in the countries where it already operates and by entering new markets. As part of this business strategy, NEINVER has expanded FACTORY Ursus but is also developing new properties in Spain (Viladecans The Style Outlets) and Germany (Werl The Style Outlets). The company has also entered the Dutch market with Amsterdam The Style Outlets.